If the game doesn’t bring significant gameplay innovations I think it will flop.

Wow, so this is it? That’s the whole reveal trailer?

I didn’t think it’d disappoint me this hard. It looks just the same as B2, from world design to graphical fidelity, basically no change.

No fun gameplay exerts shown, they haven’t even got some proper Dubstep, just some nanananana and a bassline lol (remember DOOMSDAY? that song + trailer truly screamed joypuking!*).

Apparently no new game mechanics that would have been worth a mention in the vid either, so it probably will indeed play the same as B2.

The new villains look like your typical clothing designers, I mean, no harm in that, but they don’t seem like the kind of memorable villain we had with Handsome Jack, who was just a really funny prick tbh. I do like their styles tho.

I also do miss Moxxie and Claptrap (hello? the fucking mascot of Borderlands).

I’m just intrigued enough to put in on my wishlist for when it hits 5€ for that GOTY.

I still need to play the pre-sequel. I think i tried playing with other people and got disinterested because they were flying through it, taking shortcuts, etc. Was basically a game of catch-up. FYI, it is NOT fun to have someone level you up NOR lead you around to everywhere. Important to actually sit there and play with.

this is so true, it’s what killed the Division for me. I randomly ended up with some super high level guys in a max difficulty mission…so it was a massive spoiler and also gave me like 10 level ups and equipment that would wreck everything once I would be able to equip it lol

I didn’t think it’d disappoint me this hard. It looks just the same as B2, from world design to graphical fidelity, basically no change.

The style is the same because that’s the Borderlands style. And even my eyes can see the increase in model detail and rigging. Not that it matters, I don’t play games for cutting-edge visuals, but BL3 is clearly running on a newer game engine than the previous three in the series.

I also do miss Moxxie and Claptrap

May I direct your attention to 2:43 and 3:23 for Claptrap? Possibly 2:46 for Moxxie, hard to be sure from this angle but the outfit and hip swagger are appropriate for the character.

I’m not going to pay full price at launch either, but that’s just because I never do. I know the prices of games will go down and I’m patient enough to wait. But yeah, I do like what I see. Super looking forward to this one!

idono, seems like that’s either silly, or a slight admission the original was “lacking” at the time…

I think it’s more a case of they’re doing it for the older titles, probably developed some tools to automatically move and convert old content into a new engine and might just as well put their latest game through it as well. Having every game brought up to the same standard even if there wouldn’t be too much to improve for one of them has a certain value. It also helps with the bundling aspects, “buy the whole series remastered” is a lot more attractive than “buy 2/3rds of the series remastered and the latest one slipped in just for good measure”.

y but the thing is, no need to buy anything, as these are free updates, which is great imo, and which i at first didn’t realize

pretty much everyone who wants these games bought them already, except for the last one maybe, so no one needs to buy anything at all

Is Borderlands worth playing? I had it recommended to me yesterday and it’s always looked interesting but possibly a bit grindy.

I like it, it’s just mindless fun, and the humor is funny, though probably not everybody’s thing

Like someone else here said, the coop is not for me cuz ppl just rush through the levels chasing for loot instead of appreciating the story or discovering things, though i guess that might have more to do with the fact that they already played through it before or so, might be good with friends and a mic

I call dibs on the guy with the goatee and mustache. Also RHYS HAS A MUSTACHE! So exciting!

Is Borderlands worth playing? … possibly a bit grindy.

imo there are 3 ways to play this
solo - can recommend,

coop - from the beginning where it’s a first playthrough for both(so 1 ain’t blazing through) with a friend/like minded person, -someone you wont squabble over upgrades with - can also sorta recommend

coop - wait until the end for “endgame” boss -

anything else in between can be annoying, especially with randoms but even with friends, as besides from a first naked playthrough, once done seems all coop sessions just turn to a rush fest, like @Pylinaer mentioned, for clearing main story moving on in difficulty and/or blazin to bosses
and this is also the only place where you will encounter any grind. The game is fairly generous with plenty and decent or good loot while just goign through “normally” -“like a filthy casul”. Only during “endgame” stuff when you want to tweak x build/get xx specific items can it get a bit grindy trying to get some stuff.
but imo that’s not really where borderlands were fun. the endgame is a bit meh, and even with friends the coop play can be a bit uninteresting just going for x bosses, spray it up for few mins and done… playing story mode tho, starting a new character from scratch to try their skills now that was fun. -and if you can (find) someone to mess around with and enjoy the campaign playthrough then it can be really fun

it’s a decently fun looter shooter with silly stuff going on, “dumb comedy”, and an okay story and va, some parts of the first one are better than the sequel, and vice versa.
The first one ain’t exactly pretty, and has some qol features missing from the pc port you might want to change in config, but doesn’t bother all. But imo the first also has the better guns/combo -i sorely miss exploding rounds/snipers in the second.

You guys better get ready to install epic launcher after the video i saw on twitter that has since been deleted advertising BL3 as an epic exclusive. Yeah i get that it’s aprils fools and could be a joke but randy pitchford does support epic. 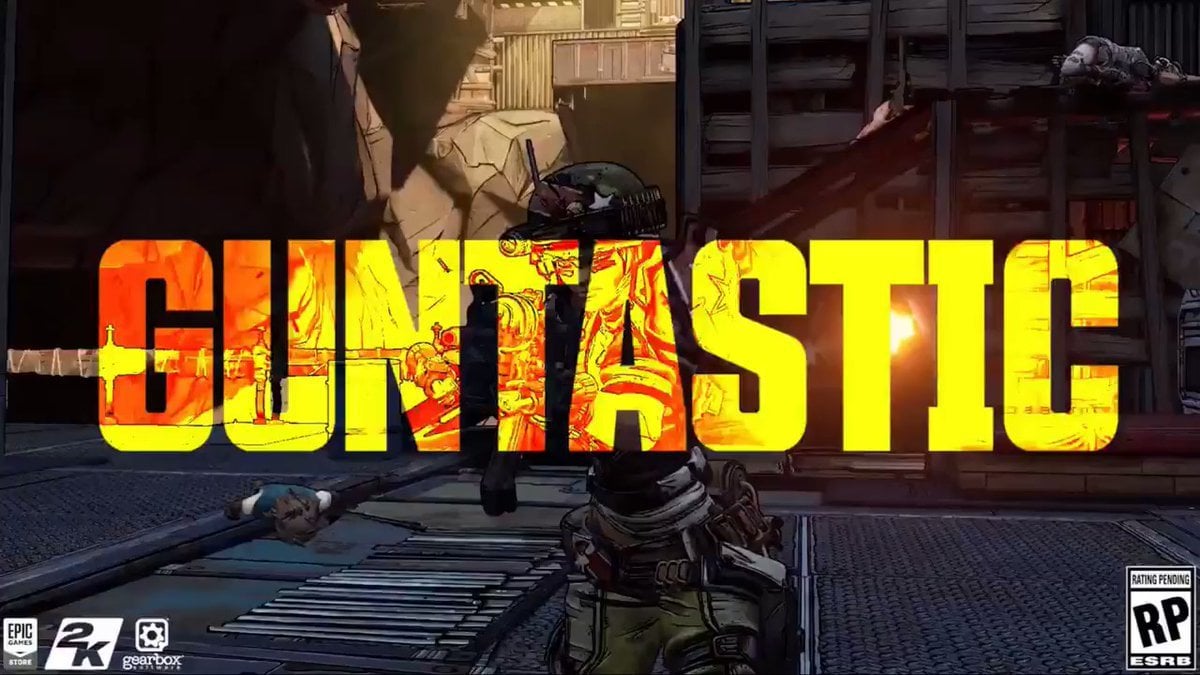 RiP my save games

in anticipation of the remasters i decided to install the “old” BL games, just to check
and as i peeked into the game i noticed my toons were… “off”… or even lacking…
guessing something must have borked in the cloud… -and i was so certain i had backed them up locally exactly to protect in case of that

(seems i forgot/missed bunch of other game’s saves too

get ready to install epic launcher

-saves 40bucks for something else instead

Borderlands 1 + 2 + Pre-Sequel enhanced versions are live and free on Steam! just update or install the game; might have to restart your Steam to activate it. 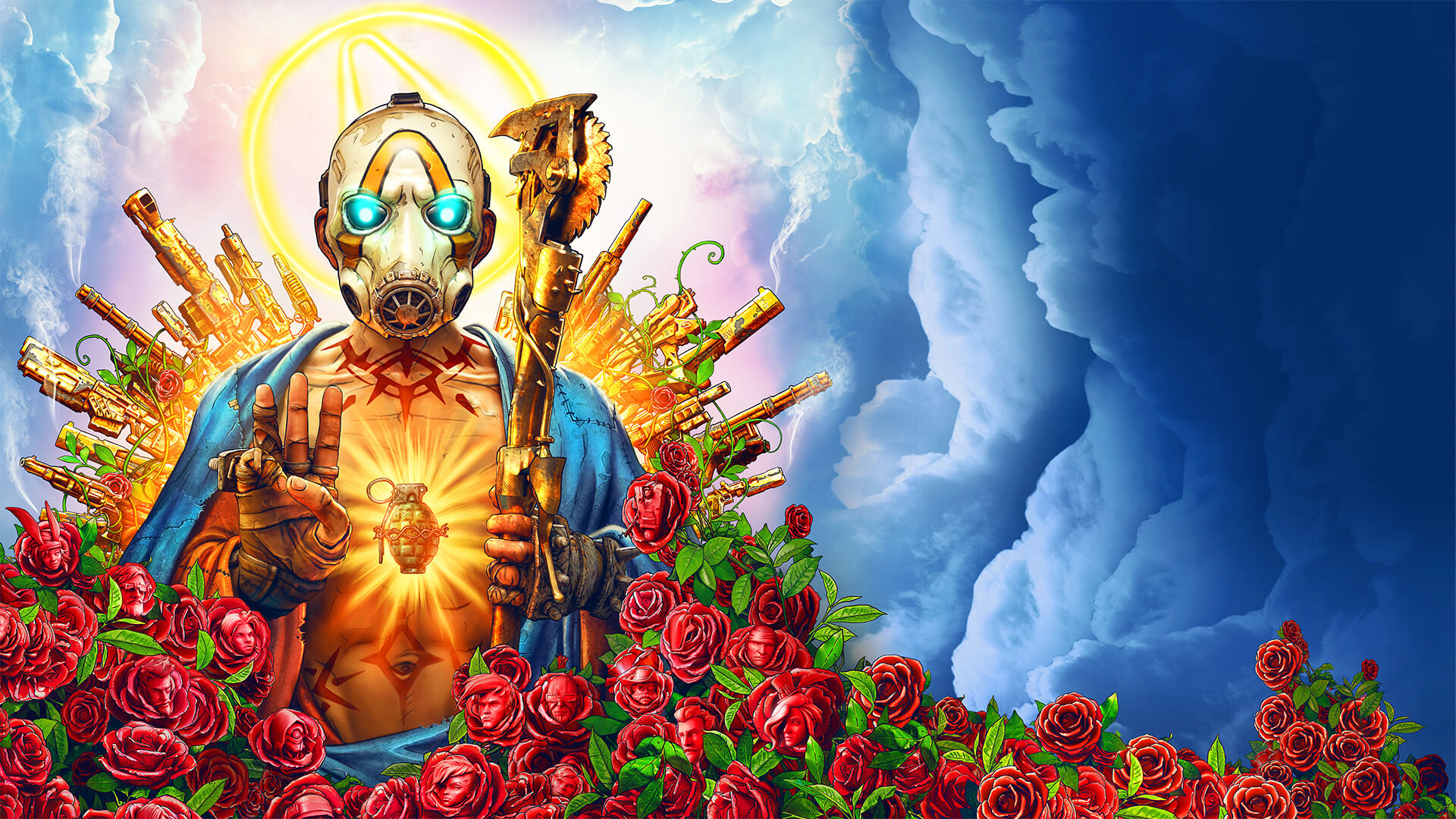 The original shooter-looter returns, packing *_bazillions_* of guns and a mayhem-fueled adventure! Blast through new worlds and enemies as one of four new Vault Hunters. Play solo or with friends to take on insane enemies, score loads of loot and...

apparently they don’t feel it should be cheaper for anyone at all, regional-wise, nor do they feel the customer should benefit from the prize-saving possibilities of this store either, lol