So I’ve been thinking about something to keep me occupied while waiting and waiting during doctor appointments, etc.

I’ve found this this, which I guess is like a knock-off PSP? I really don’t know, but you can download games onto it, I think. Hope it’s okay to post the link, it doesn’t seem to have a specific brand name.

This link is at least viewable.

Trying not to spend an exorbitant amount, but this thing seems cool: you can play games, watch video files and read .txt documents. Mind, my only handheld system ever was a Tetris based clone, so any input is welcome. Cheers.

Your link doesn’t send me to the product, just a login page.

Also, you’ll want to be careful because a lot of those are just Famiclones or inferior versions of free emulators (or worse, bootleg games). You’re better off just buying a phone-centric bluetooth controller.

I dunno so trying to get educated here.

Might I would suggest you look for a used PSP or Vita instead? They’re quite cheap and will do so much more than these knockoff devices. I can’t view the Wish page but I assume it’s the standard crap, okay but almost always disappointing(I’ve had a fair bunch of those).
Modding a PSP or Vita just takes a few minutes even for a first timer and the scene for emulators is massive.

Only if your Vita has firmware below 3.60

used PSP or Vita instead

Maybe I didn’t do a good enough search on Ebay? I’d rather go the right way than chance a knock-off.

Supposed there’re instructions online or such to do modding? Also, why would you need to mod it at all?

Mind you, if you do go used PSP, make sure you look up the moddable PSP models. Some of them cannot be modded, some can only be soft modded and others can be fully modded. For example, the 2001 (blue) model can be soft modded, but the oldest PSP models can be fully modded. If you go PSP Vita, I believe some models can be modded, but I’m not sure at what depth.

If your goal is to get a game system that’s portal which you can read things on, watch things etc, the PSP is definitely a good product for it, but its a very limited system. Not a lot of games for it.

A good alternative might be a 3DS, used, or used DS, and mod that or buy the very easy to use mod chip so you don’t need to mod the physical device.

why would you need to mod it at all?

In case you want to pirate games play homebrew. Otherwise, you wouldn’t need to mod it at all.

Supposed there’re instructions online or such to do modding? Also, why would you need to mod it at all?

You got a new PSP, you want to run homebrews and backups, but you’re lost with all the terms CFW, HEN, M33, Pro CFW… or you’re simply looking for a quick and easy guide...

If you want to run more than PSP and some PS1 games you’re gonna need custom firmware. And one of the big selling points of a PSP is the great emulators and even homebrew.

Mind you, if you do go used PSP, make sure you look up the moddable PSP models.

This doesn’t really matter. Even the later models on the latest firmware just require you to run a file when you start, 2 seconds lost.

Yea I have a 3DS and I never use the 3D feature either. The 2D version is honestly a steal at that price.

As for why you’d want to mod the PSP…let’s just say that when I modded mine, its shelf life when from 2-3 years to 8+. I’m still using it today because its modded. Emulators, PDFs, custom themes etc etc.

Going back to this for a minute:

If you have an Android phone, you can get free emulators on it without needing to worry about mods, and there are plenty of bluetooth controllers out there, some of which come with a grip so you can hold your phone over the controller, like this one: 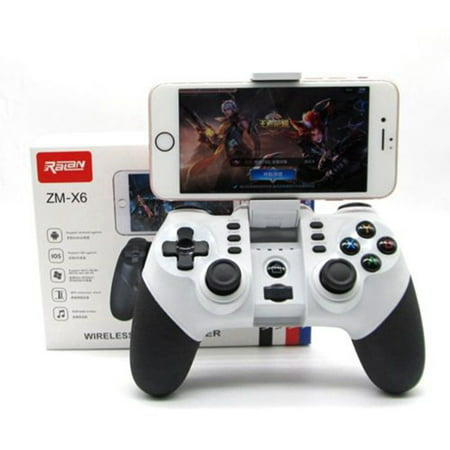 And if you like playing turn-based games like puzzle games or RPGs, you could just use the emulator’s virtual controller on the touch screen without needing to worry about bringing the controller with you.

Dude… I could put .pdfs on it? Nerd moment - I could read more books (can’t stand to read on phone), and port crochet patterns too.

Tell me more! Would that require modding too? By 8+ years do you mean it’s useful life?

I used to read on mine, yea, but space ran out so now I just store games on it. Precious games. I believe one of the homebrew applications was called bookr. You would need a modded PSP though. Honestly, if you get a PSP you are certain is hackable, its a fairly easy process provided you find the tutorial online. Maybe you can get lucky and find people selling already hacked models, too.

You can put emulators on it, play back ups of your games (which you can cheat on or modify, such as FFT!), and so much more. I used to have a really cool PSP theme on mine centered around Tora Dora until I updated my CFW and the theme went outdated.

So yea, modding my PSP extended its usefulness by a ton. I still use it today to play game back ups and my PSP games, and its from what…2005?

Only if your Vita has firmware below 3.60

This used to be the case but the later than that has options too. I believe both my Vita and Vita TV are on 3.65 and run everything just fine.
I’m not as familiar with the Vita scene tbh. I used to be very active in the PSP scene, every single model modded.

I believe both my Vita and Vita TV are on 3.65 and run everything just fine.

That’s only if you update to a pre-hacked version of 3.65 from an earlier firmware. If you have the official version of 3.65+, then you’re out of luck.

I have an iPhone 4 that sometimes goes nuts. Need a new phone altogether. My bestie plans to get me one when she goes overseas, I forgot which one she found online - a second hand thing but looked good. I’m not generally fond of phones but people insist I should be reachable, lol. Flubber, all that only just came to mind that set up looks cool. Options…? Herm.

@Pylinaer $149 USD is $300 BDS, so that’s a bit too heavy for me. Will admit, there are a lot of games for NDS in general I like cough Zelda cough.

Really? It’s been quite a while so I could very well be wrong. I seemed to remember updating from 3.63.

So far options are:

Also, can a simple tablet do all this stuff too?
. Games
. Documents
. Movies
. Be not terribly expensive?

Also, can a simple tablet do all this stuff too?

Yes, but only if it’s an Android-based tablet (e.g. Amazon Fire). Also, you have to remember that you’d be carrying it and your phone and your bluetooth controller with you, which is why I suggested just the phone+controller combo: cut out the middle-man and all that.

EDIT: Also, if you’re having trouble reading books on your phone, reading them off a PSP isn’t going to be much better.