If you haven’t used it yet, the Steam Summer Sale coupon is applicabble.

We had been talking about it a bit over here:

49.99 here as well. Euros that is. Honestly i would love to own this on PC and play it again but since i have played through it on PS4 while back i will have hard time justifying paying so much money for the game i already played , even if it is as good as Zero Dawn…

I have it too for ps4 but I’m so used to play with mouse and keyboard, that I want this game on PC.
And also because I want to support this Sony decision, hoping that more of their exclusives come to PC.

^ Pre-order whenever you want. Also, the one time pre-orders should definitely be okay is when you already know the game is great.

You can’t know that the game will be great. This is a different product to the one launched for the playstation and needs to be evaluated as such. Sure the game might very well be excellent at the start of the port process but can be significantly screwed up during. This has happened numerous times by seemingly otherwise competent studios.

There’s just nothing to know until the product is out and available for inspection. There simply is no point or benefit in preordering.

Exactly. Ports haven’t always been known to be the best, especially on launch.
But it’s your money so spent it however you want.

Yes I can. I know the game and I know the developers, and I know not all ports are the same. The thing that could be a problem—which I doubt in this particular instance—is that it may ship with a need for a Day 1 patch. But I’m not of the mind that a few bugs ruins a game or means you shouldn’t buy it.

In the end, it is up to the customer. If you don’t want to, that’s fine, but tons of people are okay with it.

Imagine if all fields would work as games development. You buy a new car and it would barely drive AND THAT WOULD BE A NORMAL THING to be expected.

i lost massively interest in the port when early on developers admitted they would be (deliberately) omitting certain PC features, like FoV etc, and the grounds of “artistic integrity” - aka development/port lazyness
^haven’t paid further attention to whether they ever backtracked on that stance, but it did make me lose interest in the port when you just come straight out the bat saying you won’t be doing XYZ to accommodate the platform you are dealing with,
but doesn’t make me pleased to see it turned out to (apparently) be a technical nightmare on top. Bit of a shame for what’s otherwise supposed to be a promising game going by all the ps4 experiences

And not only would it barely drive, they would get massive amounts of hate and threats when they delayed the release because the car wouldn’t start.

Hopefully they’ll fix up the port. I’d like to try this game sometime.

Welp i was generally under the impression that people are actually willing to wait longer for a better working release and it’s publishers who forces to release unfinished products to reek in the cash.

This sort of environment is unfortunate, but very much the making of the publishers themselves. They want to push people into a hype frenzy, to be so over the top excited about everything. The times when they can’t fulfill their promises and have to derail the hype train all those emotions derails right along with it. They want people to act emotionally while they can control and guide them into making uninformed purchases but that comes with the downside of those emotional actors turning on you and they simply can’t suddenly start being rational at that point.

but isn’t it weird i’m seeing plenty of streamers play the game without any issues at all though?

I’m not saying these other ppl don’t have these issues, but still i find it a bit weird

I mean, you can see Cohh’s graphic settings (everything on ultra except reflections on high) at 9.55 here: 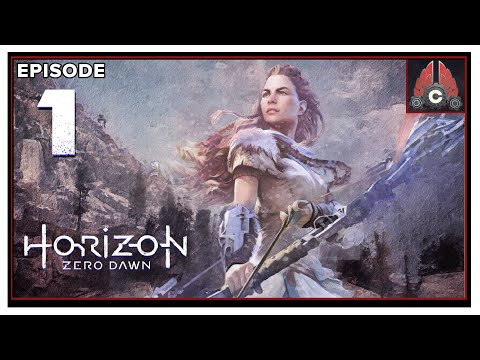 in fact, he’s live right now, so anyone can see it live for themselves as well:

It’s not particularly weird at all, in fact it’s pretty common for a port to have a spotty success rate, especially from the playstation. Since you’re taking software made specifically to run on one single hardware setup and making it run on systems with infinite variability. You’re going to have a lot of hits and misses with such an undertaking, especially if it’s done by a dev team who doesn’t have a lot of experience with that process or making games for the PC.

hm, yes, well, i hope they fix it soon

i did refrain from getting it so far as i’d rather try to focus on my backlog, though ofc Fall Guys is eating game time

and time is limited as is anyways

Still need to finish Control and then DLCs atm, and that game is so good, just kept getting better and better; story, setting, and atmosphere are awesome