Games you Want to See Remastered/Ported

In light of Devil May Cry 1-3 finally getting a release on the new consoles and PC, I figured it was worth asking which games you all are really looking for. If there’s any console game or old title in retail hell that you want to see on digital storefronts and modern platforms, now’s the time to talk about it.

Personally, I think we need to see one more game by Shinji Mikami brought to PC. WHERE’S GOD HAND? 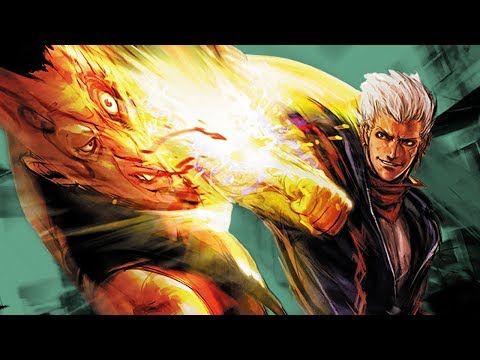 I’m also still holding out for Metal Gear Solid 1-4 to get an Xbox and PC release, similar to the HD collection they released on the Xbox 360 and PS3. If Konami has any future Metal Gear titles planned, it would be a great way to build up hype and earn some fan goodwill back.

Dungeon Adventure, Hack n slash, Co-op experienc,Weapon customization
it’s literally A-rpg with digimon instead of human
i get this game is quite unpopular at it’s time due to camera movement when you’re playing with 4 ppl and all running all around it’s just pure chaos lol… but nowaday where everygame almost online this is definitely a good opportunity i think

I feel like we’ve done this already, not too long ago

Regardless, here again are a few games that I would love to see remastered and ported to PC:

Viewtiful Joe
This is one of my favorite 2D beat-em-ups of all time. It came out at a time when 2D games were widely considered to be dead, and proved how awesome 2D games could still be. The graphics were stunning, the gameplay was buttery smooth, and the ability to slow down time, fast forward and zoom in allowed you to unleash some super-stylish combos. 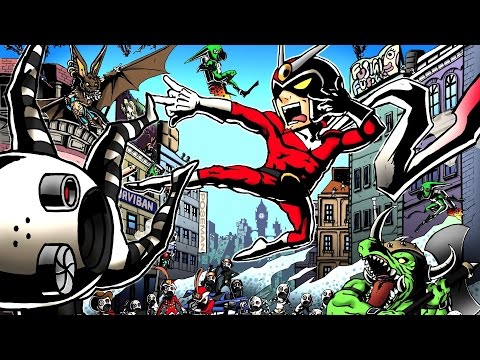 Katamari Damacy
I find the Katamari games strangely relaxing. I could zone out and spend hours rolling around, gobbling up everything from bowls of ramen soup to entire cities, all in an attempt to please this crazy bastard:

It saddens me that I can’t get my occasional Katamari fix on PC. There is, however, an upcoming game called Donut County, which evokes similar feelings to Katamari. That’s something… I guess.

Jet Set Radio Future
I know we got an HD remake of the original Jet Set Radio, but I really want a remake of Future. The sequel took everything that was fun about the original and amplified it, while toning down the tedious graffiti mechanic. And the soundtrack is even more awesome than the original.

For now, it seems like Hover is the closest we’ll get to JSRF on PC, but it isn’t quite the same.

I don’t want to look rude, but we already had a topic about remakes/remastered games

Yeah, I remember that thread. I figured that it was a little specific, though; I don’t really want remakes, necessarily. What I want to see is more ports of older titles, no reworking necessary.

Yes, I’m aware of the irony.

I wanna see some now already “older games” like Skyrim for mobiles (which means phones and tablets as well). 2 generations ago phones already had a better GPU than the Xbox 360/PS4, given a redesign of the control scheme, I’m sure many games could work well on a touchscreen, esp. FPS & TPS & RPGs. I’d happily be willing to shell out 10-15 bucks for that.

Bully would be nice imo.

I really would enjoy a Bluestinger remake, remaster or redo. nothing has been done with it since it flopped in 1999, and it was probably one of the most played games of my childhood, where most kids had a zelda or something I had bluestinger, It took me most of my childhood to beat it and when I did replaying was appealing, hard mode is hard xD 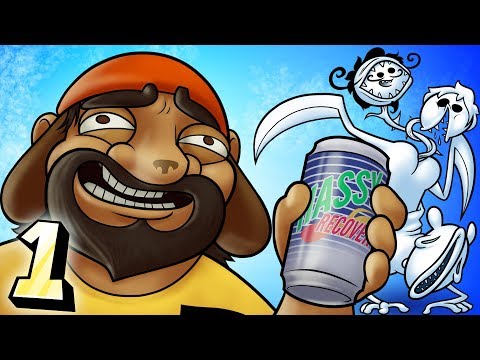 THE CURSE OF MONKEY ISLAND PLEASE I BEG YOU

I had to scavenge Brazilian thrift shops for years to find an old edition of the game hidden somewhere because when I was a child I hid the CD “in a safe place” so I would “never lose it again” and it entered one of our late and beloved dear Hawking’s black holes and disappeared into the deepest depths of our vast cosmos.

A port of Red Dead Redemption would also be cool. Or Journey. Chill, I know it ain’t happening. Yeah, I also know about the subscription service. But I shall insist nonetheless.

Gonna grab me some fresh lemonade to calm me nerves now.

It saddens me that I can’t get my occasional Katamari fix on PC. There is, however, an upcoming game called Donut County, which evokes similar feelings to Katamari. That’s something… I guess.

I want Katamari! Douut County is on my wishlist now!

Seriously though, the first Katamari game is one of the only reasons I still have a PS2 hooked up…

When SEGA started posting those cryptic ASCII announcements, the one I saw happened to look a LOT like speakers, and I completely flipped out over it… only to learn it was Tetris. Darn.

That said, I’m a bit sad today. Capcom replied to my email basically saying “No news about God Hand. Stop calling me on this line.”

My dear @CptMold, as long as I live, the Chrono forums will be ridden with The Curse of Monkey island due to my being instantly summoned whenever the occasion for its insertion in any given topic arises.

It shall never go un-mentioned.

Glad we got that cleared, my kind fellow. Please do resume your pleasant browsing.

The Persona games.
With Persona 5’s recent release I’m reminded that these brilliant games have never seen a PC version. I’ve played 3 since it’s emulatable, I suppose 4 would be as well. But I’d like to see Persona 4 golden and of course 5 get a PC release. I honestly don’t know much about the earlier entries into this series or the shin megumi tensei series they spun out of, but those might be interesting to get remastered.

Ni no Kuni.
Especially since they’re going to be releasing the 2nd title to PC. I would really, strongly desire that they first port the original game.

Tokyo Jungle.
Just seems like such a brilliantly weird game, I really want to try it out.

I’d like a remaster of the old Rollercoaster Tycoon (1&2) games with today’s graphics. I spent a lot of time on those games when I was younger.

And considering the fact that StarCraft recently got a remaster (with rumors of WarCraft 3 getting one soon as well), other RTS I played a bunch like Empire Earth (1&2) or Warlords Battlecry 3 would receive a warm welcome from me as well.

Empire Earth could really use the extra polygons.

All things considered, I think Rollercoaster Tycoon is pretty timeless. That, and it runs on assembly machine code, so I’m not sure how far you can really push the engine. On a technical level, it’s up there with making a 4X game running on PowerPoint. 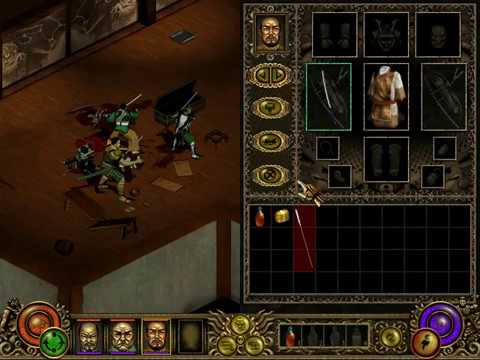 Wasn’t a remaster techincally done of Monkey Island with the ones on Steam?


I have both and still haven’t played them yet

That’s just the first two, not the third one. Curse of monkey island.

I have both and still haven’t played them yet

In all seriousness, they’re pretty great. Best bit is that you can switch between the old and new graphics just by pressing one key (F11 or F10, if I recall correctly). They redid it all but kept the charm, you know? Pretty impressive work by the artists. The soundtrack also got a revamp and it brings out a whole new game to the sound department. Overall, I’d say it’s a fine example of a remaster done right – great to get the new players on board, and comfortable of us, older sea dogs.

Have you played the original games?