I’ve never been a big fan of city-builder or survival games, so I decided to give away the GOG key for Frostpunk that I got from Twitch Prime. To qualify, all you have to do is reply to this thread explaining why you want to play the game but didn’t get it when it was free on Epic (if you already have the game on any platform, you’re disqualified). The winner will be determined based on my subjective opinion on which reply I like the most. The giveaway will end tommorow-ish, but I may grant an extension in the event I forget to log back in that day–or because everyone interested obviously already got it when it was free on Epic! C’mon, Amazon, work on your output!

Not my kind of giveaway (so I’ll sit it out), but props for giving it away all the same!

I got it on epic games but thanks for the giveaway!

Because although I have it on Epic and Steam I really don’t particularly like City builders, so this seems the perfect chance to own it on GOG too.

Thank you for your consideration.

I hope I win

I got bad news.

if you already have the game on any platform, you’re disqualified

Not participating since a kind soul on Reddit gifted me this and NFS. I also own it on Epic Games so I’m double disqualified.

Anywyay, good luck for those who entered it. And here’s a gameplay to entice more people to participate. 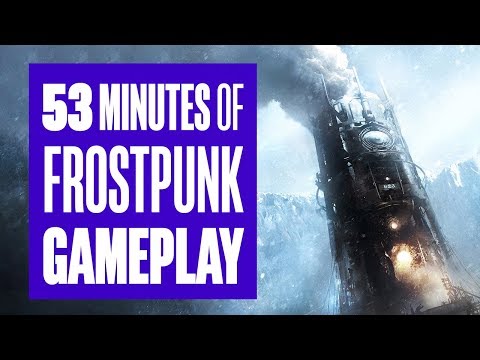 I got bad news.

@Halcypher, I have a spare Frostpunk key for GOG too, so when you win this, I can give you mine as well, so you can never play it there twice=)

Updated OP to say what it should’ve said from the beginning. Giveaway is still ongoing.

I have it from Epic too but I always prefer having DRM-free versions of good titles, so in case no one qualifies, don’t flush it down the toilet!

Why wait? Just ping it to me now.

When I win this give away I’ll be starting my own with at least 2 keys!

Also, let’s be clear, this offer is not just for @SeekerSupreme, I wouldn’t want anyone else to feel that they can’t send me a Frostpunk key!

I wouldn’t want anyone else to feel that they can’t send me a Frostpunk key!

Almost, I said. Almost makes me want to go buy a key so i can give it to @Halcypher

I find it awfully suspicious how few entries my giveaway has gotten compared to others on this site, especially since it doesn’t require any badges (or even a preexisting account). Hmm…

Deadline extended, by the way. For how long? Who knows…but definitely sometime before Jan. 5 since that’s when the key expires.

If you’re interested in honest feedback, I abstained based on the prompt. You said:

The winner will be determined based on my subjective opinion on which reply I like the most.

and that killed any desire to partake. As an asocial introvert with autistic tendencies, I don’t have it in me to spend any effort on a task with undefined success criteria that depends on me attempting to convince someone else that they should like me or something I’ve done. It’s simply inimical to my being. Hence my reply:

Not my kind of giveaway (so I’ll sit it out), but props for giving it away all the same!

The fact that most people who want this (relatively niche) game already have it from bundles and giveaways doesn’t help.

I think most people don’t have hard feelings toward the giveaway. So don’t take it too personally.

If I didn’t already have it, I would have typed something like

I want the game because winter is coming and Frostpunk has a winter theme. For best immersion, I will wait until it snows outside to play this game.

Realistically though, our little community is very free with sharing free games wherever they are. So I expect that most of us got it on epic games already.

If you are unsatisfied, maybe have delenn hold the key for a giveaway in the future?

If you are unsatisfied, maybe have delenn hold the key for a giveaway in the future?

@Imaynotbehere4long there’s nothing wrong with the giveaway, thanks for doing it by the way, I realise that I’ve not said that in amongst all the silliness

I expect it’s simply because regulars here are well-informed about freebies and would have already grabbed the game when it was offered up by Epic. Members who still don’t own the game are likely to be the ones who don’t keep up with freebies on offer or don’t check this forum regularly, which makes it less likely that they would have seen your thread.

The lack of entries is also indicative of the honesty of the regulars here. Kudos fellow Chronies!

P.S.: I have no problems with some subjective competition with the game-giver playing judge and jury. Makes me feel like I earned it!

I find it awfully suspicious how few entries my giveaway has gotten compared to others on this site, especially since it doesn’t require any badges (or even a preexisting account). Hmm…

There is nothing wrong with the giveaway but the fact EVERYONE has a copy of it on some platform. I would guess Epic because they had a giveaway for it. You are going to have to change that rule for any takers, I bet.

The lack of entries is also indicative of the honesty of the regulars here. Kudos fellow Chronies!

This made me smile.

If you’re OK with me entering on behalf of a friend then I would like to do so. He doesn’t have the game on any other platform and certainly not on Epic which he shuns for the same reasons I do. Their overall bully behaviour, ties to China and being kind of shit at most things they do.

He likes GOG a lot though.

Just as a point of curiousity: I get not buying anything from Epic because you dislike them but shouldn’t you be grabbing all their free offerings considering that Epic probably pays the publishers of the games based on the number of copies claimed? Shunning the freebies may actually be helping Epic keep a few extra bucks in their pockets!