Typically free weekends are nothing special, but these games are something else.

It lets me try games that I otherwise wouldn’t bother getting the demo or paying and refunding.

ooOOOoo. Thanks. It’s going to be a fun weekend.

edit:
Titanfalll required EA’s Origin to be installed but I had an old account so I still played it. Score: 1/2, it was ok. Robot was supposed to be Halo’s Cortana but since it isn’t I don’t know why everyone was listening and taking orders from it.

I felt like the robot had a higher rank than me because nobody cared what I thought or asked my opinions! lol.

I tried to play Iron Harvest. It says the free weekend is until May 3rd. Buuuuut it isn’t. I can not launch it and the steam page doesn’t have it either. I guess they ended it early.

Robot (…) I don’t know why everyone was listening and taking orders from it.

Have you seen what’s happening on the intersections?


You sure you haven’t mixed up the end dates between Iron Harvest and Titanfall?
Even though Steam shows you a date (without time) adjusted for your local time zone, the free weekend ends at the same time (moment in time, not the local hour) for everyone around the world.

The Iron harvest free weekend ended on May 2 20:00 UTC
So, unless you’re east from the +3 offset time zone, Steam should have shown you May 2nd.

Oh I see. I read this part wrong.

Now it makes sense. I should have played it first!

Huh, interesting… no, you actually read that description right; it’s just that it was wrong.

According to the developer, the end time was wrongly set to early and when they discovered it there was nobody at work with valve to fix it.

Titanfall 2 was a fun, short game.

Wait. I misunderstood twice. I thought their May 3rd would be US May 2nd. Ok ok. I get it now.

I used worldtime buddy to recheck again. It is easier for me to understand if it is laid out like this anyway.

According to the developer, the end time was wrongly set to early and when they discovered it there was nobody at work with valve to fix it.

Titanfall 2 was a fun, short game.

That makes sense too. Valve, like google, likes to automate everything to have as few people you can contact as possible.

And I do admit Titanfall 2 was fun. One thing was, since I don’t play FPS games, the guns were confusing. I think there were 2 sniper rifles, 2 shotguns, 10+ machine guns, and a few handguns that weren’t useful except for that last target-lock one. I went through the whole campaign just picking up the nearest gun just to try them all out. It reminded me of Planetside 2 where I had so much selection but didn’t know what I wanted.

Thankfully it was just against AI so it didn’t matter. I would be annoyed if I had to learn this in multiplayer though.

Thanks, downloading it now.
I found Far Cry 4 frantic and disruptive, but i’ll give this a try.

Fortunately I bought it during Steam’s Autumn Sale. So far, so good. 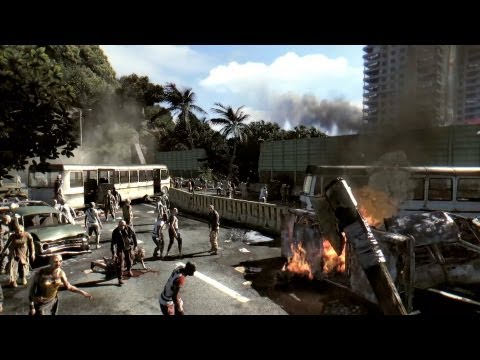 I’m glad this thread popped up. Because I was curious as to if there were any others and found so many free weekend games! They are 2 or 3 days free as of now.

There’s some on steam too. At least Descenders and Golf with your friends.

The paradox game has a free weekend for 2 days and the other VR(?) game is 1 day. Both have good ratings so might be worth trying out.

I haven’t tried state of decay yet, I hope I can make time for it.