Given the type of game it is I can’t think this is a sensible move.

An Unreal based BR game is going to compete on the home field of Fortnite, it even looks rather similar at first glance. With PUBG on the back foot, they could have been the steam version of that particular type of game.

Well good luck to them, I suspect they’re going to need it.

@xist I think your link there requires some sort of reddit plugin, it shows nothing for me.

I know I am late af but thanks for the read! It was absolutely excellent. I’m always happy to have a new source for independent information, reporting and articles.

y this is definitely not for me, lol

@xist I think your link there requires some sort of reddit plugin, it shows nothing for me.

I don’t actually use reddit, so I have no plugins or scripts related to it…just leaving it running for a bit reveals -

Ok, weird. Not sure how long it need to run for, I don’t know if I’m blocking a script running or something then, but I can’t be arsed to figure it out right now.

Anyway. It’s starting to look like steam might want to change their agreements with devs and publishers putting their games on the steam store so that they are forced to actually sell their game on steam for a reasonable time period after release.

It’s pretty low for a game to start out with a steam page be it closed beta or early access only to bugger off to a competitor after they’ve used Steam’s reach for advertisement.

What we believe in
Audience first

There is nothing more important to what we do than the people who play our games–our community. Regardless of whether they’re our most hardcore fans or totally new to our audience, the players are the reason we make games and they form the axis around which our product design occurs. Whether it’s taking a transparent approach to game development, live streaming our work (and play!), pro-actively soliciting feedback, or committing to provide the industry’s best player support experience, it’s the ongoing conversation and relationship we have with our audience that makes what we make, great. In other words: we do all of this for you and we couldn’t do any of this without you.

Also, since we talked about Denuvo here most recently, it’s being/been removed from Yakuza 0.

i stopped counting the amount of exlusives Epic snatched/keep snatching along with games they pulled from steam release back in january
like i mentioned before, business-wise i can see what/why they are doing, and it’s the smart move, “for them”.
Customer-wise/"entitled millennial gamer"mindset i don’t appreciate this worthy of $ “for me”,
but on the other hand i’m not starved for games, and i don’t imagine i will be for the next decade, so unfortunately epic devs will have to go without my measly few bucks anyway. Tho maybe a game comes exclusively to Epic that i will consider “at some point”.
But until that happens, i suppose i’m pretty set with my x00’th backlog ?

Ooh, pre-order (hiss) Division 2 and get a game that I don’t want for free! oh boy!

(it’s for Uplay, not epic though)

Dang, I’d play exactly one of those games 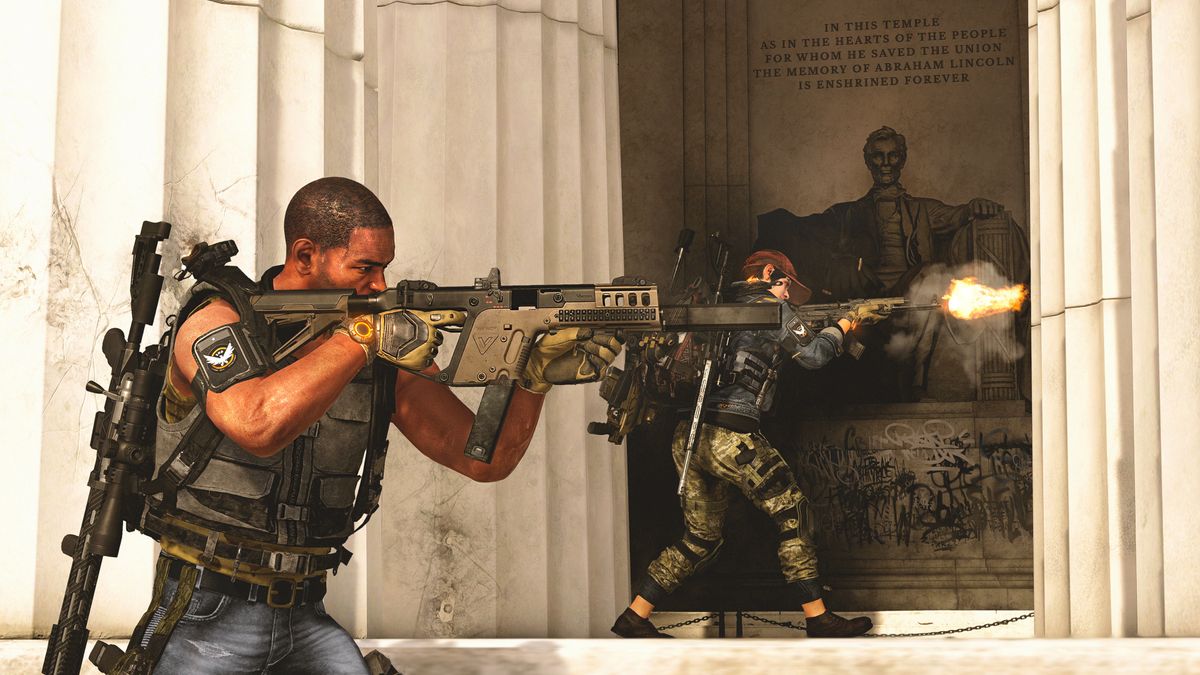 The Division 2 has more PC preorders than the original, despite skipping Steam

CEO Yves Guillemot said the Epic Store deal is good for Ubisoft's own store, and so far it's working out very well.

boosted their own platform

yea,
in all honesty i don’t think Steam usually has a “huge” influence on pre-orders due to their pricing, you can usually mostly find better discount pre-order prices elsewhere, here even in some "brick retail"stores

and i’m also not surprised it has more pre-orders than the original, since “back then” Ubisoft had way less goodwill towards them from customers, coming off their recent games, pc down grades buggy releases and the stale preview look of Division with many recommending caution and taking the “wait and see” approach

then when ubisoft has had a “good season”, fans have more goodwill, and more trust in the product since they also now have a base of foundation from the first, or just hoping it follows “quality suit” with recent titles produced

so there is no telling if those “higher pre-orders than the first” wouldn’t have been even higher with steam release too. Since all it shows is there is more people trusting enough to pre-order it than the first, not that they pre-ordered “despite diehard Steam loyalty” lol

who knows, this might even be the move that eventually makes them go full EA and pull back to purely their own store. Since if switching from steam to epic didn’t land them more sales on epic, but actually just more sales on their own store, they might just get confident enough people are satisfied buying there, and then get rid of even the 12% cut Epic takes in the end.
“why share your pie, when you can have all the pie”

just sad i can’t consolidate my ubisoft/steam library anymore then if that happens, since it could sound like one shouldn’t expect ubisoft games on steam going forward

“We believe this deal is a long-term positive for Ubisoft.”

Okay, this is Epic.

i mean the “switch” is right there

i mean the “switch” is right there

I don’t see a Nintendo Switch anywhere there.