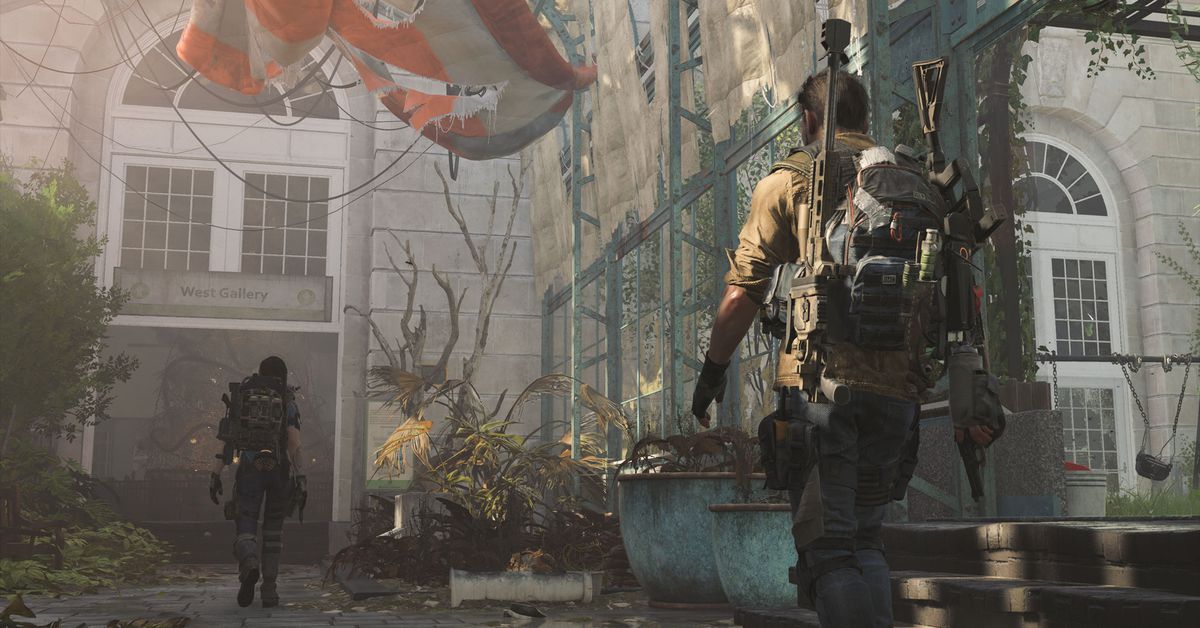 A major addition for the fledgling digital shop, with more to come

sure, this is just one game, but it’s a Ubisoft game… Could this possibly mean all Ubisoft games will go to Epic instead?

but it’s a Ubisoft game… Could this possibly mean all Ubisoft games will go to Epic instead?

Instead of Uplay?? Or in addition to.

Also: ‘Oh nooo, not the division 2… I was sooooo looking forward to the sequel to the critically acclaimed division’.

EDIT: This seems like a very odd move for Ubisoft. Since I don’t know if the Division 2 is really the ‘major addition’ that the Verge calls it.

In addition to Uplay (but who buys on Uplay anyway? lol); it is a major addition for a new store I’d say; and it is a big AAA title regardless of what anyone thinks of it (i didn’t like The Division at all tbh, but they did manage to change public opinion regarding the game with time, not in a dramatic fashion like with Rainbow Six, but they did do so regardless.)

Fair, but I am very, very doubtful that this game will be an exclusive to Epic for very long.

If I were to guess, Uplay wants to get the largest % of the initial sales as possible, hence it is “only” going to be released on Epic games store. HOWEVER, I also predict that maybe 1 to 2 months after that initial sale, we will see it released on the Steam store.

So Epic really is trying to screw Steam out of the business.

Epic and Ubisoft with their respective digital storefronts both want a larger piece of Valve’s pie. And they are trying really hard, as they should, and keeping their own IP for as long as they can afford to away from Valve’s 30% cut. I don’t blame them.

However, do I think it is going to dent Gaben’s numbers? No. Yet it could start a trend of other devs shifting traffic and business to other storefronts, slowly undercutting the behemoth we have come to recognize as Steam. And these are all free market movements, above-board, totally fair checks and balances we have in business to try to gain ground. I applaud both sides, with Steam holding firm on decisions to maintain their pricing scheme and other smaller players trying to uproot the juggernaut.

Because right now, in this upheaval we (the consumers and gamers) are getting great deals. We have been enjoying the LARGEST discounts and sales in the history of gaming thanks to Valve/Steam seasonal sales with AAA titles routinely dropping to 90% off within a year or two after launch. How can they afford to do that? Because they have mastered the background analytics, showing developers exactly what price points will attract more players and allowing fine tuning with instant changes.

The competition to Steam’s amazing analytics and hosting services are ramping up too. We are getting free games like Subnautica just because Epic Games has fuck you levels of money flowing in from Fortnite to pay off Unknown Worlds Entertainment for every copy they “give” out. GOG routinely has competing sales on games, plus we have a dozen legitimate online resellers that are allowed to sell Steam keys with Gabe Newell’s approval. That’s crazy to me - that’s like a major league baseball stadium owner saying “sure, you can undercut us and sell tickets to our ballgame and we will still find them a seat in our stadium.” Not a perfect analogy because Steam servers don’t really run out of room or bandwidth because they have invested so much money in keeping the platform stable, but you get the idea.

None of this digital warfare is bad for us. Sure, we bitch about having 30 different accounts and whine about our beautiful game libraries being “fractured and fragmented” across multiple launchers, but we are getting the cheapest deals, the best games, and the fastest downloads in the history of gaming. We are getting price wars that result in free AAA games like Warhammer 40k: Space Marine, Subnautica, or Super Meat Boy for those that love difficult platformers. And who knows, we might even see Valve budge on their pricing cut for developers, which is fine too. All of this is great, really excited to see what the multi-platform war of 2020 brings us.

I will be really happy for Steam if this is indeed the case. If Valve was as cynical as me (which they are clearly not) I would have said that this is intentional.

. Shitty AAA needs to be toned down a bit all over the place. AAA is crap since like 2005/2006, and yet somehow milking money… this needs to stop if they don’t start to do “finished” games on their release dates soon enough ;]

In indies I trust for a reason.

but who buys on Uplay anyway? lol

a good reason in my eyes haha.

also if you were asking me about epic store etc it would depend on the sale numbers, which hopefully will be bad, check hades’s sales. they’re epic game store only, that will help make a judgement.

We are getting price wars that result in free AAA games like Warhammer 40k: Space Marine, Subnautica, or Super Meat Boy for those that love difficult platformers.

Holy shit, that is your take away? Would you like me to list more? Just what we need, a grammar nazi explaining how lists, commas, and punctuation works in English sentence structure instead of reading between the lines to understand the semantics and context of the underlying key point.

If Valve is smart they’ll focus on making changes and improvements to their client and infrastructure. Personally I’d love to be able to disable achievements for games, something that really shouldn’t be hard to do.

It is going to be hilarious to watch them struggle against the giant that is known as Steam. They really think they have a chance to become serious competitors.

euh, no, all their games launch through Uplay whether u want it or not; the only reason i even have a uplay account is cuz they force me to have one to play any of their games i buy on steam

I play a ton of UNO… and Just Dance… at the same time… JK im not THAT good.

i said it before, and i’ll say it again, this as an excuse/argument (for them), makes absolutely no sense, -unless they forego all other 3rd party sales (which obviously is not the case) since they “all” charge the same as the fee on steam.
and while it might have been removed on steam, yes it’s still for sale those other places that take the same 30% cut (maybe those 3rd party store uplay key sales pages get removed later?)
so it just seems weird and like epic is buying some underhanded deals to push steam out for what appears to be no good reason given it’s still a uplay game and still sold everywhere else with higher cuts than epic

all their games launch through Uplay

I could swear one of their games gave me an option in humble bundle, but that’s all I would be referring to, it all started with a free watchdogs, and i already had a uplay account to play farcry 4.

Well I guess, and I never though I’d say this but, I guess I’ll be buying it from Uplay.