Intel is running a “Virtual Street Fair” from July 15th-18th. As a part of this event, they’re giving away games & DLC for completing missions within the Intel Gaming Access App.

Obtainable games & DLCs include the following:

Worth noting that you can get 100 XP for completing a survey, which is enough to unlock the first tier of rewards without playing any games. Also worth noting that it seems you’re only able to claim one of the available prizes at each level 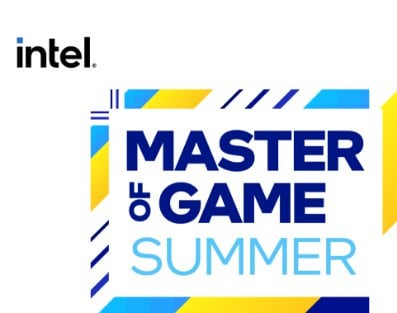 Edit: Couple of details. If you’re outside the US, you need a VPN running at ALL times. Also, sometimes the tracking won’t budge until you close the program you’ve modified the .exe from. So if it doesn’t move it should still work. See after 20 minutes or so.

Do you guys not have some of the games but still want to progress? Or perhaps you don’t want to have the actual games running for hours. Here’s a little tutorial for y’all. Find a lightweight program you want or a game. Rename the .exe to match the .exe of the game you don’t have. It may crash if it’s a game (works with Among Us renamed into something else) but it’s fine as long as:

1- The .exe is still running in Task Manager

2- You can see the logo of game/program you renamed the .exe from in Overwolf’s settings page

If that’s the case, do not close any crash dialogue etc… If it’s a program, make sure step 1 and 2 are applied. Here’s an example of ImageGlass being renamed into Among Us. Leave that running the background and you’re good.

(I need to get the two others .exe names. Remove the space before .exe).

Also be sure to open the exe while Overwolf is running. Close it and then open it again through its game launcher. Keep it open so your task will be completed.

Intel flags non-US accounts so you don’t get anything.

They didn’t do so right from the start (only once they noticed how many people were doing this), which is why some folks got level 1 or even level 2 keys, but by now you’re screwed.
They’ll still happily let you rack up time in the app of course and hand you useless master keys.

To those non-US citizens waiting for the codes, well…Intel Lazuto says hello.

EDIT: If the email wasn’t enough, they officially tell you now on the site to go fuck yourself.

It turns out that this giveaway is exclusive to USA.
However if you use a VPN it’ll work just as same.

Also, both Among Us and Genshin Impact have been given away for free on Epic, so it’s time to dust them off and play them at least for this giveaway. You can uninstall them later.

I can’t muster the enthusiasm required to install their app/spyware just for this.

So far I’ve managed to get two games from this giveaway using a VPN.
I got Dirt 4 and the Plants Vs Zombies game.

However I have to confess that the level 2 choices were pretty much a “pick your poison” situation: either I got Vermintide II and had to deal with an imcomplete game where I had to spend some big bucks on DLCs to get the full experience or get the PvZ game and be forced to install another launcher in my SSD and deal with EA’s bullsh*t.

i got cuphead by just doing a survey… yayyyyy

Just edited the main post with an useful info for those who have none of the games installed in their PCs.

So, it seems that it already resetted, and so you can try going for the biggest prizes today. I’m going for the third level, and I’ll obviously get NFS Heat for myself. Let’s hope it’s not an Origin key.

What platform are these games for?

It depends. Some are for Steam, like the Tier 1 stuff while others are for Origin, like the PvZ game and BF1.
There’s also one game for Epic Games, which’s Chivalry 2.

I only have Among Us from the list of games you can play to get points from, and I downloaded Genshin Impact. It said I can play both games for half an hour each and I’d get 200 points for it but I only got 100 points, why was that? Or do I have to play 2 different games twice to get the full 200 points, so I need those other 2 games?

Cuphead would be lovely but as @BlivetWidget stated before downloading some app which will collect my private data or worse … couldnt be bothered.

@themadmax You only need to leave one game open for 5 hours to complete the task.
You can only get 100 points through the two games task.

And some games are already out of stock, so keep checking to see if they restock.

How do I get progress, just open the game on Steam and it knows?

One other question, when choosing them how do we know which games are activated on Origin instead of Steam?

Once you redeem the code and choose the game you want you’ll get instructions to activate it on Steam or Origin.

Level 1 keys have been restocked. Go get yours now!

So I guess before choosing it is just a flip of a coin. I assume all the EA games will be on Origin.