Do you remember the first game you ever played?

I’m just curious to see what everyone’s first game was and maybe a story about your experience. The first game I remember playing was Pokemon Blue. I chose Charmander and spent 2 hours walking into walls, catching Ratattas and fighting with my Ratattas. I never left the first route and I didn’t beat the game till 2 years later. Can’t wait to hear your stories.

It was one of Super Mario Brothers, Duck Hunt or Tanks (all for the NES). I genuinely can’t remember which one it is. All I remember is that I didn’t have an original NES, it was just a keyboard with a slot for cartridges and you could connect it to the tv to play. Ah, the memories, 99999 games in 1.

P.S. Up there I talked about the first game I played consciously. I might have played some old DOS games, like Volfied, Supaplex or Alley Cat before those, but only because my mom would put me in front of the PC when I was like 2-3 yrs old and I would play with her.

still one of my favorites

The first game I remember playing is Monkey Island on an old Atari or Amiga at a friend’s of my dad. At the time I had not yet learnt English so I had no idea what I was doing or what I was supposed to do, but making the guy walk around the various screens still fascinated me, very exciting.

My gaming enthusiasm had been kindled, took me several years but eventually I managed to save up and buy myself a gameboy with the first game I ever owned being Tetris, of course.

I don’t know if this was my very first game, it’s the oldest I can remember (probably together with Arkanoid and another C64 platform of which I never knew the international name). Ta-daaaan! Super Gridder!

Yea, It was some grammar game centered around a train yard and had a bunny as the main character (after some digging I came up with Reader Rabbit). My first REAL game was probably Lego Star Wars though, quickly followed by World of Warcraft and Warcraft 3.

The first game I remember playing was some Sesame Street educational game. I believe my first non-educational game was Pokemon Gold which I think I got from my cousin. I also had Pokemon Yellow which was released earlier, but for some reason I remember having Gold first, also my internal battery for Gold died before Yellow (actually I don’t even know if Yellow’s died or not now).

The first handheld game I played was probably Tetris on a bootleg handheld and my first tv console game was either Super Mario Bros, Tanks, or Contra on a bootleg NES. (And no, I couldn’t have have chosen better for either consoles, because all my parents had to choose from WAS bootlegs. Not that they would have chosen an official console even if possible, since for them it would have just been the same product for more money, thus not worth it).

And the first game I ever played on a computer was when I was 7 on a Friday evening trying Starcraft on my cousin’s PC. I remember entering the Protoss campaign, moving my first few Zealots and Dragoons up on the map trying to reach my base, seeing my first Zerglings and Hydras popping out of the ground, getting scared shitless, turning off the game and going to sleep, and then having nightmares all weekend long.

The first game I can remember playing is Mario Paint.
Not sure on the other games after that but I spent a lot of time messing around in that one when my brothers weren’t home.
I was quickly banned from the music making part of the game lol.

You too can apply the sound of Pacman from that game to everything in your everyday life. You want to try it, it is easy and doesn’t cost you a penny?

Here are the instructions:

Now you have the sounds of Pacman/Ms. Pacman wherever you go. Why don’t you try it?

It was Frogger for me. 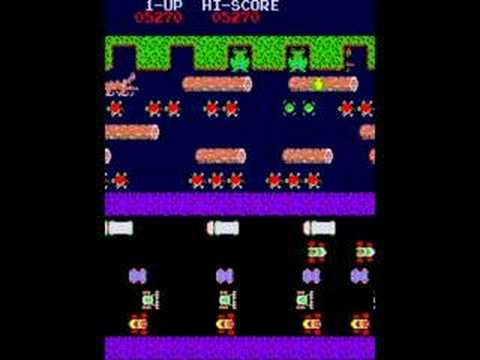 The dual cartridge of Duck Hunt and Mario Bros 1 on the original Nintendo.

I still hate that damn dog.

The first Prince of Persia, Lemmings, Wolfstein 3D, The Secret of Monkey Island were my firsts PC games. I can’t remember which was my first console game but I remember the first multiplayer that I really enjoyed: Striker on MegaDrive.

Yoshi Island, i need to replay it someday.

So did no one try the Pacman in your ear thing?

Showing my age a little here, but the first ‘proper’ game I had at home to play was Paratrooper and it looked like this:

My uncle had this game on a floppy disk that he let me play when I was little, aside from the usual messing around in MS Paint. Dangerous Dave (MS-DOS) is the name of the gem, you had to collect treasures for points and a key to open the door to the next stage. There was a gun to shoot some nasty enemies and a jetpack to get you around, pretty hard game for me back then.

Fun fact: I spent lots of hours trying to remember the name of this game not too long ago, visiting various old game sites and forums. ^^