but on the other hand i’m not starved for games, and i don’t imagine i will be for the next decade, so unfortunately epic devs will have to go without my measly few bucks anyway. Tho maybe a game comes exclusively to Epic that i will consider “at some point”.

But until that happens, i suppose i’m pretty set with my x00’th backlog

Me too. And I went through and removed devs and games from my Wishlist and Follows.

Personal opinion:
That statement coming from Epic seems odd. Why isn’t the Publisher/Developer saying that? Is Epic relaying the developer/publisher comments? If not, how does Epic know how well Metro Last Light did. Are they referring to the original or the Redux version? What’s the timeline? First week, month, overall? There are a lot of unanswered questions that can easily change the ballgame.

So, where I’m going with this is that “it sold x times more” than a game released 5-6 years ago under much different circumstances is a bit stupid.

I’ll tell you how they know Last Light sold, they just used all those LocalConfig.vdf files they stole

Never mind the fact that Last Light was also a controversial game that angered a lot of fans, while Exodus comes after a decade of appreciation, fan building, polish, and innovation.

So, I’ve sparked a tiny discussion on a small local subreddit, about EGS exclusive shenanigans and everyone seems to be ok with Epic, in stark contrast with the sentiment of a more wide international audience. 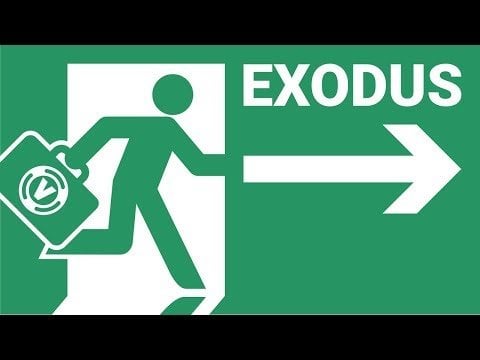 I’m now curious, about this Epic thing, how’s the situation in your country?

Jim Sterling made a video about this today…

tbh i think it’s more a predisposed mindset type thing
either you’re a grump/lazy (like me) and just annoyed with the whole "ugh gotta get another launcher"thing
or you are one of those “affected” either by game(s) being pulled from under you or "outrage culture"type person
or you are an “average joe”, that just like most people, actually don’t give a flyin flie’s fart about a hoot or anything because it’s not that big of a deal yet/to you

and nothing really illustrates it better than "mw2 boycott"meme. People are fickle, flexible and easily swayed.
and if you’re either starting out on pc, and not yet tired or don’t have a problem with xx launchers just to play a game/don’t have a library you’re concerned/prefer consolidated for ease of use sake -then there is no biggie about it

The phoenix point customers/backers, that get upset i totally understand and feel their dissatisfaction is validated. But for an “outsider”/newcomer, it is just “technically” another store like any other from where to get your game
and most already don’t seem to utilize stuff like Itad that much, thus wouldn’t care about only 1 set price either.
And for people that don’t use steam’s features that much anyway, it’s not gonna feel like anything that much different either.

it’s basically only an “issue” if you’re either a grump or care… and i guess a bunch of people don’t really fit in either -they just want their games to play and aren’t that too concerned with who they are handing their 60bucks over to, because either way/store; in the end they still get their game to play…

I saw that, I was more interested about local public opinion about the matter.

@Gnuffi I understand, most people don’t care, but I also feel there’s an underlying sentiment that wants Steam to fail.

sentiment that wants Steam to fail.

couldn’t really say i’ve encountered much of that tho… either more the opposite (from those in the aforementioned predisposed groups) or more in the line of hoping it brings actual/proper competition to steam with benefits for “us” (if any sentiment at all either way beyond not bothered)
and “wanting” steam to fail, with a replacement of epic, just seems… off -in my view…
replacing one monolith with another can’t really seem to have much/if any benefit at all, no idea why someone would seem like that was a solid solution

I might be seeing things the wrong way, perhaps some want Steam to course correct, not really fail. That’s understandable, but there’s more positivity than I ever imagined around EGS (at least around here).

I’m definitely on board with Jim Sterling on Steam’s Marketplace being a sewage dump. But so is the mobile market. The Switch appears similar as well. I would really like reviews on the switch, otherwise I have no idea if Pizza Parking:

Learn more details about Pizza Parking for Nintendo Switch and take a look at gameplay screenshots and videos.

Is a trash game or not. (I’m pretty confident this one in particular is as it looks pretty similar to online flash games that are like 10 years old.)

Anything that has a low barrier of entry will see the platform become a cesspit. Steam intentionally changed the platform to lower the barrier to entry. IIRC the reasoning was to better allow Indie Developers to utilize steam… Which begs the question: How much trash do you want to let in with a couple good games?

The way i see it, Epic Games is only making Steam look better while hurting the other retailers like GOG.

Also, @Gnuffi is right, the average gamer doesn’t really care. Even if you piss them off this week, they’ll still be playing your game next week.

Even if you piss them off this week, they’ll still be playing your game next week.

Cuz most of them are too shallow to stand up for something and have no self control. I would go so far as to say some of them are doing it just to be “noticed”.

Well what can i say ? F*ck Epic , really . This is not competition they offer , this is holding games hostige to stronghand you into using their , lets be honest , terrible and lackluster store front. Instead of investing time and money into making BETTER store front everyone would like to use they adopt some sort of terorist tactics.

I’m not a fanboy of steam , though that’s my main PC platform , but you know what? I wont use Epic now or never , because that’s just pathetic what they are doing. Effective… but pathetic.

I’m not a fanboy of steam , though that’s my main PC platform , but you know what? I wont use Epic

and then there is this

I'll be honest about something. My decision to preorder the €90 special edition of Bloodlines 2 a year in advance was down to it not being an Epic exclusive. Once games publishers realise there's SpiteBux™ to be made, they'll be posturing against exclusivity and raking it in. https://t.co/vMKSFj4ArN

A pretty apt term, really. This is just the console wars 2.0 but with less innovation and more crappy business practices.

To be honest with you, they’re doing the right thing with the freebies. The resistance I have to, let’s say the Bethesda launcher, is because I’ll only have one game on it which would make it pointless. However, by building up my library this way with decent games it makes it much more likely to be a go to if I’m looking to play a game. I’ve got the launcher installed, and if I wanted to buy a game (that’s a big if) and it was significantly cheaper on Epic then I’d consider buying it there.

In fact it was the Shadow Complex giveaway that got me to install the Epic Launcher in the first place…yeah, I’m a sucker for a metroidvania…

The gift that keeps on giving…

Now there’s a unique and interesting pre-order enticement, pre-order so you can get it on steam. Though I am assuming it’s still going to go through uplay so it’s kind of pointless to buy it anywhere but uplay to being with, right?

don’t worry, they have a roadmap ! it will be better than Steam “soon”!!

^every fortnite/anti-steam fanboi since store launch