Ironically enough my Sony DVDs probably run decently enough (well the Sony Home Entertainment logo stutters but peeking back makes it run normally) compared to my Isle of Dogs DVD on VLC. Or maybe that dvd was defective to begin with.

I have Black Desert Online sitting in my Backlog , been wanting to try it out for some time now once i have some time for it , but if it does install some harmful shit along side it i might as well just remove it from my acc all together.

Well that’s a good question and the answer is we do not, can not, know. Anyone who asks the question tends to get shouted down by people ridiculing the idea that people should be concerned about privacy and cyber security at all.

The few decent threads I’ve managed to dig up on this sheds some light at least. I think it is safe to assume two things about it, it uses the USN Journal to keep track of all changes done to files and folders on your hard drives and it sends SOME sort of data back to the developers of the anti-cheat program.

What is sent back and what they can or can’t do with it is unknown but largely pointless to quibble about. It’s spyware and you have to trust that there’s no one malicious or incompetent at the other end of it. Considering that ALL major companies providing online services have been breached at one time or another that’s really not a gamble an ant-cheat system should make on my opinion.

My personal take on it is that I probably already own more games than I will have the time to play in my life time and so I do not have to trust BDO or Tencent owned Riot with this sort of thing in order to play their games.

I know everyone is worried about their online security. But then I see people still using google chrome and think that google is not pulling their data?

As far as riot games, I recently found out that Hytale has a “relationship” with riot games. And that really worries me that they will ruin the game that I’ve been anticipating since I found it a year ago. They tried to allay our fears with this FAQ but who’s to say what will really happen. It really bums me out.

I can already see it. No bones. No blood. No ghosts. No pro-HongKong messages. And all those other censors. The only way I can trust the game is if they get banned in China like Animal Crossing.

It will continue to operate as an independent studio, with Riot as its parent company.

Remember when Blizzard was going to continue to operate as an independent studio, with Activision as its parent company? That went well.

Who will be in charge of Hypixel Studios after the acquisition?

Whoever holds the purse strings. FTFY

First time I hear about this game, shame to hear about it’s affiliations.

I know everyone is worried about their online security. But then I see people still using google chrome and think that google is not pulling their data?

So is Microsoft. But my opinion is the more holes in the ship, the faster it sinks.

Is Tencent involved with BDO as well or you just used it as an example? Because if it is i’m out definitely.

No I said Tencent owns Riot. I’m pretty certain they do not own Pearl Abyss, though it’s certainly possible they’re among their investors.

BDO is by a Korean company. And if there is one thing you can be sure of, it is that Japan and Korea hate having China in their business. Especially if China gets data on their citizens.

However, they all do their own version of data collection at varying degrees. But at least Korea and Japan are allies and democratic countries.

Note that I haven’t played BDO or kept up with their news. I’m just stating the relationship between their countries. 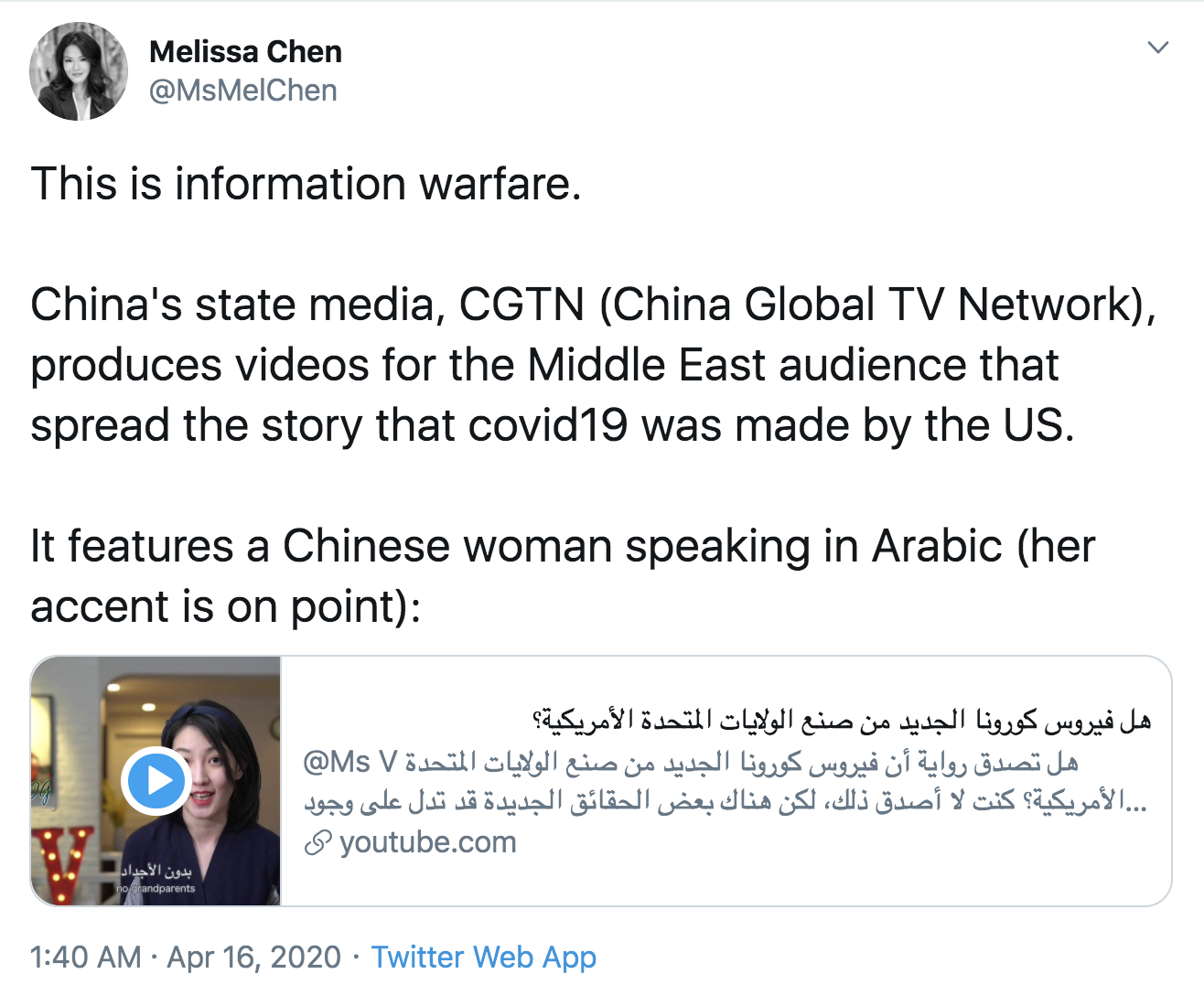 They’ve been saying that for over a month though: 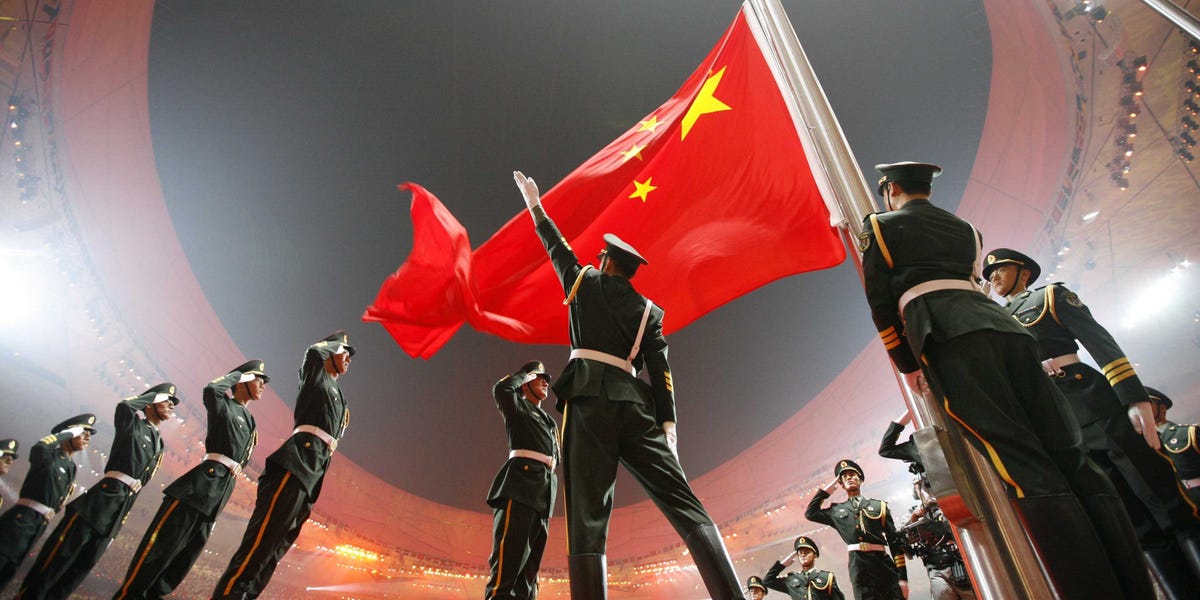 China has pushed the narrative that the virus might have originated somewhere else. Several conspiracy theories about its origin have emerged.

Regardless of what might be true or not true, it is both interesting there’s this lab in Wuhan AND it is also interesting american soldiers were in Wuhan just before this outbreak happened (which i guess would also have been quite convenient for the Chinese to be able to use that in their propaganda afterwards; in any case, there’s a whole lot of weird “coincidences” with this whole ordeal).

Personally, and I know this will sound crazy, but I wouldn’t be surprised if either/or turned out to have been responsible for this.

@Fraggles Yes, it is obvious that China can’t be trusted, but it’s not like there were any WMDs in Iraq either, were there? And how many ppl died because of that, on both sides? It’s not like governments don’t lie to their ppl.

Yes but it’s been primarily aimed at their own people, now they’re really trying to push this propaganda to international audiences they think will buy it.

And to be fair: 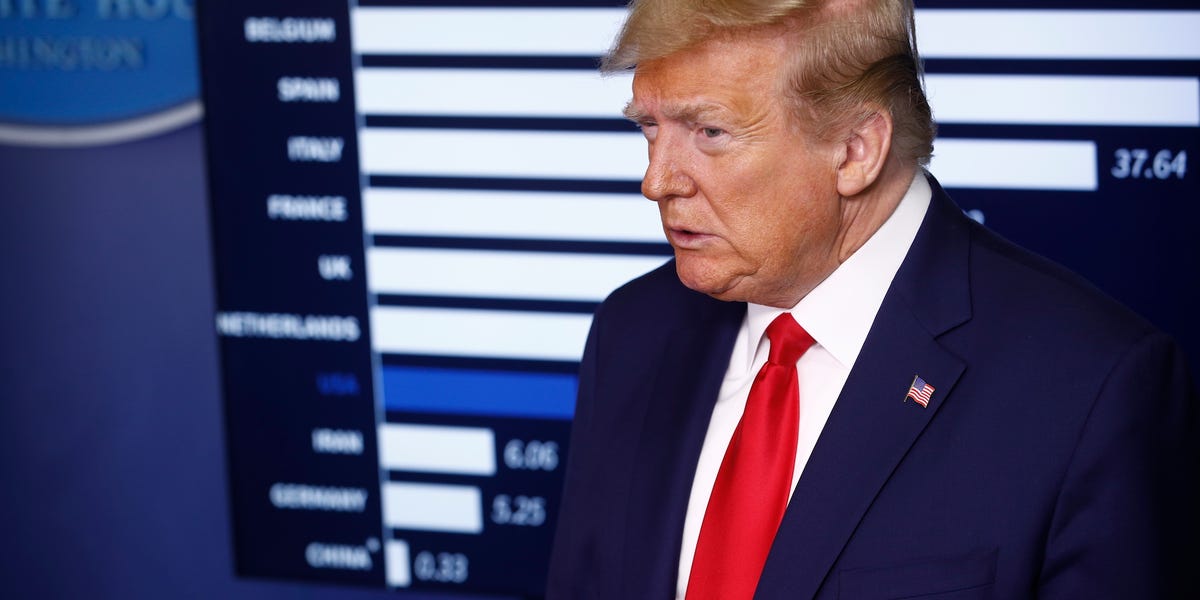 Trump said China may have started the coronavirus deliberately, as top advisers...

Blaming the COVID-19 pandemic on China will shift attention away from the US death toll and help clinch his re-election, said Trump's advisors.

so America is doing the same thing atm

this is also information warfare

it’s all a big joke (the situation with these accusations i mean, and like i said, i honestly wouldn’t be surprised either way)

Except barely anyone believes a word Trump says, the idea that the virus could have escaped a Chinese laboratory exists of course and while it’s possible it also doesn’t even matter too much if it did.

Comparing the concerted efforts of the Chinese propaganda machine to the inane continuous ramblings of Trump as if they were even similar in kind is beyond reasonable.

One certainly IS a joke, the other one is deadly serious and has caused a lot of harm to the world and will continue to do so.

Except barely anyone believes a word Trump says

The Chinese actually have to make efforts to spread this message in certain countries. All he has to do is tweet it and it gets translated and published in the whole world.

(disclaimer: yes, ofc there are also discerning and well-informed ppl in the developing world as well, but you rly can’t compare the populations nor the percentages at all [simply because of a lack of good education and a desire for information]; the truth is most ppl in the Middle East will never hear about what the Chinese are saying, and most will never hear what Trump is saying either, but there will be more of the latter, even if he doesnt translate it into arabic himself) (If i was to go out and ask random ppl in the street who the prez of china is, not even 1% will be able to say so, and if i ask the same for USA, probably less than half will get the answer right, sad as that may be.)

I was going to just leave this because everything you’ve brought up is besides the point, but I wouldn’t want to risk you thinking you had some how made some sort of convincing argument. There’s this saying about a lie circumnavigating the globe before truth even gotten it’s shoes on. One might have to also add that the truth will be held up at every intersection by countless people going “what about…?”. That’s what you’re doing here, whataboutism.

This was not about Trump, I am so god damned sick and tired of everything that ever happens anywhere at any time without fail SOMEONE is going to come in and bring Trump into it.

There’s just so much BS I’d have to wade through in order for me to create a proper response to everything you brought up, some of it certainly valid observations and potentially interesting points, they just don’t matter on this topic. This is the effect of whataboutism, whether it is applied maliciously or not, it derails the discussion and forces your opponent to spend all their time and effort discussing other topics. Well we’re not doing that.

The point is China is the cause of this Virus, every action China has taken from the very start has been the wrong one. They are now not only continuing to lie in order to try and dodge blame but they are directly trying to engender hatred towards someone else with their lies and propaganda. That’s the long and short of it, what anyone else is doing has no bearing on this. China’s actions here are not a response to someone else these are their actions and they alone stand responsible for them.

If you want to talk about the bad things Trump are doing, go right ahead and do so but not with me and not as a response to an unrelated topic. Thank you.

Chinese gamers are no more allowed to play online games with gamers from other countries or even chat with them in general. Let’s take a closer look at it!

The new strict laws from the CCP will see the banning of plagues and zombies, things like map editing, role-playing, and even organizing a union in a game.

Sounds like this bans a lot of elements that makes the majority of mainstream titles popular. Lets hope that means their influence on the rest of the gaming world will wane.

Sounds like this bans a lot of elements that makes the majority of mainstream titles popular. Lets hope that means their influence on the rest of the gaming world will wane.

Because this might pretty much remove china as a viable market for many large budget titles. If they ban so much of what games are all about in the west then China stops being an attractive market to make games for.

Between the choice of catering to CCP and making all games the way they demand them to be and making the games that sell on the western market I am hoping they will chose to do what is profitable in the west and have no other choice than to not care what China wants.

The influence China currently have is that they demand small changes in content and opinions presented in games. It is entirely possible to make a western popular game while censoring yourself to comply with CCP demands. Thus China influences what ideas and themes can be represented in games.