I thought a common illness was caused by a coronavirus.

That is correct, previous strains of coronaviridae, aside from the first SARS-CoV, were all common cold illnesses with very little complications/poor outcomes.

trying to reverse look that up now will be near impossible

Yeah, it’s tough nowadays to search coronavirus without facing the mountains of articles on COVID-19.

fastest way to get correct information on the Internet: post wrong information.

LOL… Well, I could be some cult-follower trying to purposefully mislead you, too.

Thank you for correcting me.

And you are welcome, glad to be of assistance.

Oh , man… down here we went from having 3 or 4 cases a day to 700+ cases a day because election was nearing in and current at that time ( now thankfully past ) government decided to boost their ratings by lifting all the quarantine stuff away … Not only it didint help them win the election , it also put our country and health system in very dire situation . Politics…

This is why I have no hope for our [covid] future.

Uh oh. Lockdowns are coming back in Europe. 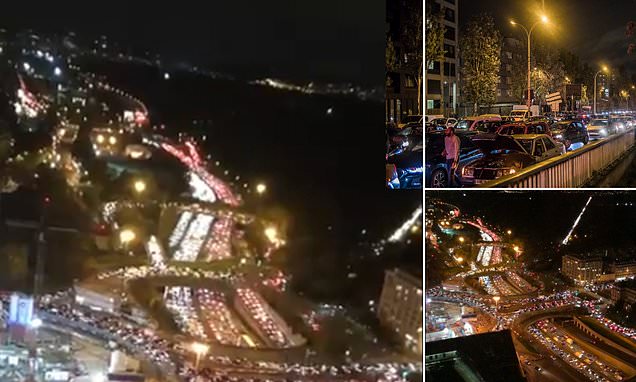 Video posted to Twitter shows huge numbers of Parisians attempting a mass exodus out of the mega-city in a bid to avoid the 9pm curfew and the start of lockdown at 12am.

I guess this is because of the winter flu season. I can tell we will get lots of new data to see how quarantines and lock downs affect infection and death rates.

I’m down to I believe two rolls. On one hand, it’ll be nice to be finished with the bamboo toilet paper rolls (they were in sale at $1 for a 4-pack and I was able to purchase 3). On the other hand, I should probably go buy a pack tomorrow lest the US freaks out.

That being said, Even though we could probably need it, the US don’t do another lockdown. The high ups already have shown they are not going to provide additional assistance, certain groups of people would pop blood vessels over it, and in conjunction with the first, the economy would be completely trashed.

It’s a systemic problem. And one we are - and will be - paying deeply for.

Got this in an email from @sewcraftyme…

Oh, that’s so funny. Not so far from the stupid truths of today. I think the part about the bat is pretty much debunked, other stupid stuff, for obvious reasons, made me laugh. It’s still scary truth though, unfortunately ramping up now all over. I can listen to his voice all day long.

following up on a discussion we recently had on crazy news thread: 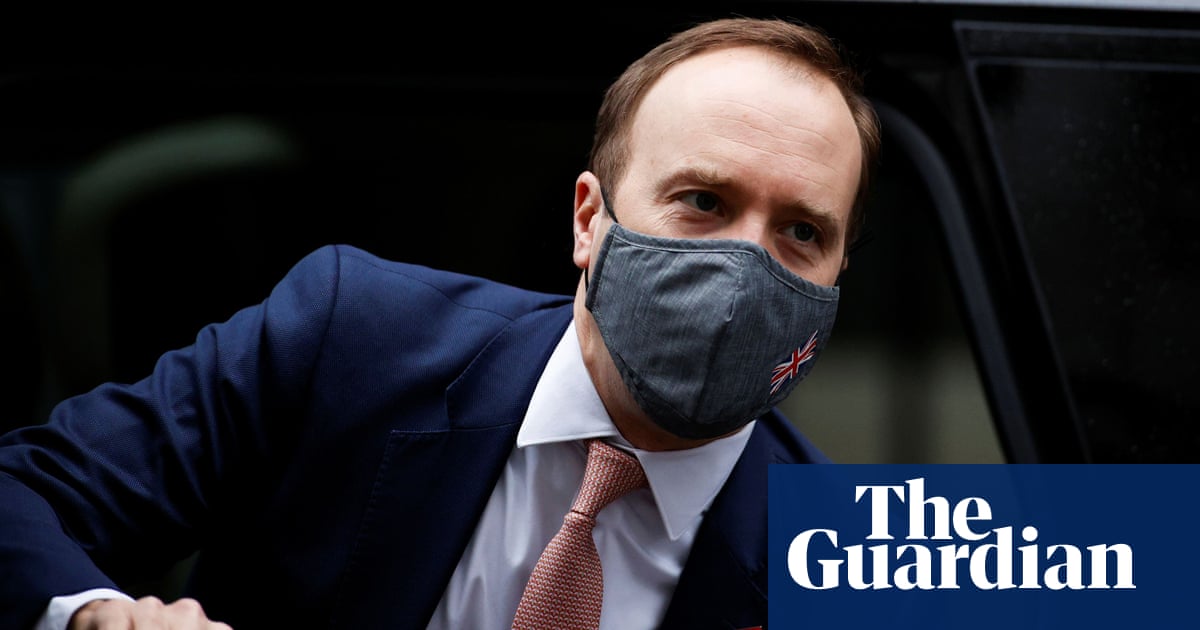 Bell said he had no worries about the efficacy of the vaccine against the variant that emerged in Kent and was spreading rapidly across the UK. But, he said: “I don’t know about the South African strain. There is a big question mark over that.”

When Egypt’s health ministry sent out an invitation to doctors to be vaccinated against Covid-19, they neglected to make clear it was a clinical trial. :thinking::eyes::grimacing::ok_hand:

neglected to make clear it was a clinical trial

Since clinical trial means trying something new over the previous gold standard of treatment.

In the case of COVID, the previous gold standard was there was none.

So if it was a randomized controlled trial, about half of the enrollees got randomized to receive a placebo of nothing, thinking that they were vaccinated, and did not have the proper knowledge that they may not have been given the real vaccine.

Of course they are also doctors out in the field treating sick people, day in and day out, just to make things worse I guess…

Of course they are also doctors out in the field treating sick people, day in and day out, just to make things worse I guess…

exactly, dude, if you’re gonna play with ppl’s lives by using them as guinea pigs, you might not use exactly those ppl who are frikkin essential to saving ppl’s lives in the first place; it’s rly insane

luckily, apparently those ppl are smart enough to avoid falling into such traps, cuz in the end they had to use regular volunteers, of which they only were able to find 3,000 although 6,000 were needed (and what is 6,000 ppl out of a population of 80 million+ ?)

You need an adequate sample size for something like this, because you need to calculate this thing called NNT=Number Needed to Treat. This may refer to how many people you need to give one medication everyday for however long in order to prevent one death or one life-altering event. In this case, the number of people needed to be vaccinated against placebo in order to give immunity to save one life probably based on the number of people who get infected and die from the illness. In order for the data to be “relevant” this needed sample size is predetermined based on a lot of other numbers and calculated, so when the study is designed, they specifically put in how many people they need to have enroll in order to achieve an adequate result based on their predictions.

Biostatistics really isn’t my strong suit, so my explanation is very limited…

I didn’t mean to say 6,000 would be an inadequate number. I wouldn’t know, and I imagine they’d be using trials in other countries at the same time regardless. What I meant is I’m a bit surprised they weren’t able to get more than 3,000 volunteers out of 80 million ppl (whatever amount of millions would be suitable) even though they first tried to trick doctors into “getting the first-wave vaccine”. Just look at the number of doctors alone they have here:

so they also have a huge problem with doctors leaving the country already, but hey, what if we lied to them and tried to get them to be our guinea pigs for the sake of China pharma? Maybe that will make the others consider coming back

Ouch, that’s going to be a on-going problem for a long time…

Lockdown 3.0 is in progress here and won’t be lifted till March the earliest
Not like I went anywhere much anyway tho now ur only allowed to exercise once a day

You are from UK , right?

You guys really had it chill so far. Masks are mandatory everywhere here and everything is closed down since November. While in all news coverage from the UK it shows people in large groups and without any masks and i’m like ’ oh boy , you have serious lockdown coming for you guys SOON TM ’ . lol.

Well yeah you don’t have to wear masks outdoors (some people still choose to), only indoors in shops and such because spread is more likely there. I feel sorry for people in countries who have to wear them outdoors or aren’t allowed to exercise at all. We don’t have id cards or that which get checked or anything like that they may have done in europe.

I can’t breathe properly in masks having already issues so that would probably stop me going out much at all.

People have been breaking a lot of rules
that’s not everyone but yeah that’s been a problem or people treating it as a holiday. There have been places so busy. And people who can’t control children.
A lot of people are fed up with stuff so haven’t been following but yea also the new strain.

We had tier 4 for a while though and that’s been quite strict (only that people choose to break rules), and before that there was another lockdown just for London (in November) where everything was closed again. We didn’t have rules loosened for xmas unlike some regions, a lot of the south east was like that. Even when the shops were open didnt really go in (bar a handful of times) since is risky and all shopping has been done online. I haven’t even seen anyone for months on end other than the people I live with and I guess neighbours.

The thing is there are those who go out in large groups and don’t really care. And those who are more careful. I wouldn’t go in a large group, since I don’t want to spread to my family. But there have only been a brief few weeks where u were allowed to meet in groups of up to 6. The rest were either families or breaking the rules.