Been stuck on 99% for couple minutes now.

NSFW stuff in the demo

Stream is over, vod below. 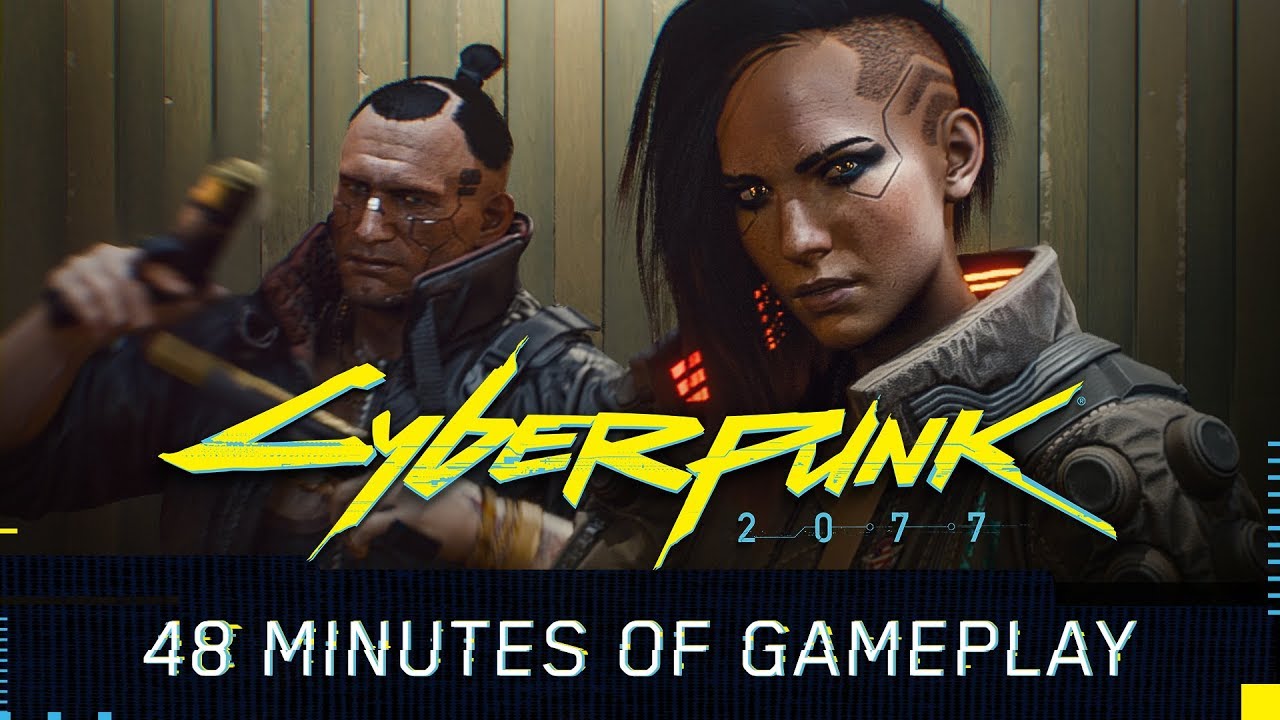 Oh my god, it looks so damn good! It is going to be worth the wait.

During E3 they said that you could go into every building in the city, interact with absolutely everything around you and do whatever you want. This is going to make GTA look like child’s play when it comes to scale.

I haven’t been interested in FPS games for a while, but this might be the one that will convince me to play once again. When I’ll be able to is the mistery though.

Being able to do stuff stealthly is what I’m looking after, just like I did in Far Cry 3, and building your character for that will be awesome, that’s why I love RPG. Also, fashion.

This’ll be one of very few games I’ll pick up on launch and I will go into it completely fresh expecting nothing and experiencing everything for the very first time.

What about the new Metro? Also looks quite good and Metro games are all <3 anyway

This’ll be one of very few games I’ll pick up on launch and I will go into it completely fresh expecting nothing and experiencing everything for the very first time.

Lucky you. It is horrible to be stuck on a never ending train of hype.

What about the new Metro? Also looks quite good and Metro games are all <3 anyway

They are good games (and wonderful books). I haven’t looked into the new one much, but if it is anything like the first one, it’ll be great.

I’m not into FPS in general, only played a few, so there’s that.

I’ve never played any Metro games, can’t say anything about the new one either without having knowledge of the previous ones. Cyberpunk is bit more in my radar because of the RPG elements, the universe, fresh title and the good stand of CD Projekt Red. Playing one is probably going to be enough for a few years.

Same. I’ve watched part of the stream and that was enough to convince me.
I’ll do the same that I’ve already done with The witcher 3: buy the game at release and its expansion pass, if there will be any.
If the preorder grants a discount, I’m gonna pull the lever on the preorder. I’m that confident.

Alrighty, Metro just came to mind cause it’s the kind of FPS with amazing atmosphere not just pew pew, you could just play it on easy (or whatever the easiest mode is) and enjoy the experience

Yep, the Metro serie is really good and different. The fact that bullets are the in-game currency is just brilliant

Yep, the Metro serie is really good and different. The fact that bullets are the in-game currency is just brilliant

They’re really good games. But I feel that system could have been implemented better, playing through both games I never felt a need to use my ‘money bullets’ at any point.

Being a compulsive explorer I ferreted out every last piece of ammo in every area I came across combined with preferring stealthy play, sniping and using arrows when able I never felt ammo was scarce. I always traded away half my ammo when leaving a settlement to make space for finding more.

Agreed, the game is pretty lenient about survival stuff; past a certain point you’ll have plenty bullets and filters for your gas mask.
I could be wrong, but the redux version has gone through a rebalance. The original games were a bit more punishing.
IMO, totally worth it tho.

It’s not that I struggle with FPS games, I can aim just fine! It’s just that I don’t care much for firearms play, give me a bow or crossbow then we’re talking.

I’ve also heard good things about the Metro games from people I know. If I play it I’d take the challenge. Heck, conserving bullets is no problem, if there’s selective-fire in assault rifle I’ll choose semi-automatic. Also, hogging all the potions of the game and never really use is in my blood.

When I was but a wee lad, I spent some of my misanthropic youth playing the original pen and paper role playing game known as Cyberpunk. In fact it was the third such RPG I played, the first being “Red Box” Dungeons and Dragons (RIP Aleena, Press F for respects). The second was Warhammer Fantasy Role Play (“Wait, WHAT! I got decapitated, Decapitated, DECAPITATED, by a drunken halfling beggar wielding a one-handed mace, SERIOUSLY!?!” RIP all the fellow dead PC’s out there who know what I am talking about) … but I digress. CD PROJEKT RED has by far out-passed my expectations with Cyberpunk2077. The care with which they have handled Mike Pondsmiths IP. Their attention to detail, immersion, and lore is bar none. I will most definitely preorder this game with or with out discounts and/or incentives as soon as it is open to do so, not to mention getting the super-special-rare-limited-gold-collectors edition if they decide to make one. Something I haven’t done since phasing out console games long ago (PC Master Race).

P.S. I do not wish, nor want, to argue semantics. That being said, please keep in mind that first and foremost this a RPG that just happens to have a FPS aesthetic to help instill a sense of immersion in the world.

Did you play on the higher/highest difficulty? Also that’s the point of the system, you can be super careful wt your ammo and collect every little bit and you’ll have “plenty” or you go rambo like in CoD and you’ll see yourself run out of ammo and supplies at once within a mission. Especially the Mutants tend to force you to miss a few times unless you have perfect aim.

unless you have perfect aim

ez aimbot, who doesn’t use aimbot in single player games? it’s not like u can get VACced

I mean I often use trainers to play SP games. I buy a game in the morning, start the trainer and when I get home I can enjoy the credits. But I haven’t thought of using them in FPS yet, great idea! Now wt all my idle gaming efforts on mobile combined, I won’t ever have to play by myself again and I’ll have the biggest 100% library ever.