I really love chrono.gg for the fact that they have great deals and still reward you for even looking at them. The coin shop games never really seem like something that are really an amazing deal, coin’s are somewhat hard to accumulate, and it’s hard to find a good game. I don’t know, this might be a stupid idea, tell me what you think.

I also would like Chrono to implement the option to sell my milk for coins, as I want all the shinies.

How about the other way around? We could buy coinshop games with real money if we don’t have enough coins…

I see where you are coming from but really you have to think of this from Chrono’s side, people would literally just accumulate the free currency and wait for a game they want, there would be less incentive to buy games from the site with real money. The company would make lose money as they pay for the keys and just give them away for free with no limit to the amount they would have to potentially give away every day. Even if Chrono are paying for the keys they put in the coin shop at the moment (which i don’t believe they do with a few exceptions, but don’t quote me on this) at least they are limited in the amount they give out and they get people to look at the daily deal with the potential of them buying it.

I am guessing the website is currently making more from daily sales then they are losing on the coin shop (otherwise they would likely stop the coin shop), but doing what you propose is fiscally irresponsible for them, the would surely go into the red. As you mention they showcase a good deal on a game every day which you have the opportunity to buy and that is the main focus of the site, the coin shop should really be thought of as a bonus.

coin’s are somewhat hard to accumulate

If games aren’t being purchased from the coin shop, I would think its much easier to accumulate coins. I too struggle to find games I would spend coins on and well … 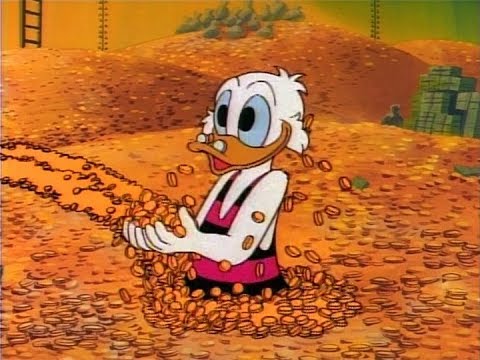 Death Cells was 40.000 coins, wich was about 12 euros lowest price I think, moreless, so Witcher GOTY should be around 75.000 chrono coins, moreless.

The coin shop is a side perk of a business, not the main point of the site, and because practical reasons (like time) it doesn’t make sense (at least yet) to offer great AAA games in the coin shop.

That said, they had Reigns, Hammerwatch, Brigador, Dropsy, Insurgency, One Finger Death Punch, Dead Cells, HotLine Miami, Epistory and those are just my personal picks, we also had MiniMetro, Surgeon Simulator and a few others extremely desired games by people.

Your idea is not stupid but It’s not very reasonable unless we got less coins for checking and way way way more for buying actual daily deals, wich I kinda dislike at first sight.

Also, I refuse to give a serious answer to a matter withouth a little bit of joking, trolling or both.

I hope you are still in school, otherwise I suggest to cheat less in any future tests

I hope you are still in school, otherwise I suggest to cheat less in any future tests

Not only that’s far from constructive criticism but you realize the irony right? If he’s not anymore in school he doesn’t have future tests. And well, yes, you can have them in university but with no context, schooling it’s usually stated as basic education.

there are plenty of tests at university as well as trainee or wt any further education, maybe you missed that

so Witcher GOTY should be around 75.000 chrono coins, moreless.

This idea shouldn’t happen, and won’t happen because business.

Then good work with said comments, I guess. Why make things better when they are little? You seem to have potential, that’s why I’m pissed, it’s not like you’re too dumb to realize. Or at least that’s my impression.

Because business? How many people do you think are gonna gather that ammount? Also, they can put like 10 keys in the shop. Do you think that would destroy business, or the site or anything? Don’t get me wrong, it was just an example, but I fail to see how it’s dangerous in any way. In fact, I’m sure a few people would check daily more strictly and even buy some games to pump out coins!

Because business? How many people do you think are gonna gather that ammount?

I’d guess that there’s a lot more people with coin hordes than you think. I would imagine that there are a fair few people hovering around the 90k mark at the moment, many of them without ever having visited the forums. Furthermore, having had Dead Cells in the coinshop encourages users to collect rather than spend coins…now the bar has been set high people will be reluctant to “waste” coins on odd and unknown smaller titles.

The game keys for the coinshop are already costing the Chrono team money - although I would imagine that they’re discounted or subsidised in some way, they purchase them to give away to attract users to view the daily deals (and personally I’d probably go a little further and socially engineer the forum to promote the coinshop games to try and get a better deal on them, but that’s just because I’m sneaky).

Putting up keys in the numbers you describe would be pointless - 10 keys would disappear instantly - and given that the daily deals are almost always better than the coinshop offerings people would just save up for a daily deal that appealed to them, and the standard coinshop games would be neglected. Ultimately it would disrupt the balance of the site - the coinshop and the daily deal are distinct entities and different value propositions. Chrono is a business and in order to remain sustainable you’d need to have a predictable idea of costs and overheads - if any daily game is on offer for coins then that’s unpredictable and whilst the Chrono peeps have an idea how many coins are in circulation they have more control encouraging people to spend them by opting for certain games for the coinshop than they would giving coins a monetary value.

I thought you were crazy, it seemed like way too much… but nah apparently you did your math. 91,7k total here.

Mate you’re very reasonable and all but you’re just mixing the original post with my example of one premium game appearing once. I said I think it’s a bad idea but for some reason you try to explain me why you shouldn’t be able to buy daily deals with coins with I said I think is not a good idea, the same way the guy above ignore half my point about what schooling means in a broad sense. I know my way of describing things is not the most clear out there but seriously, it’s perfectly understable.

Because business? How many people do you think are gonna gather that ammount? Also, they can put like 10 keys in the shop. Do you think that would destroy business, or the site or anything? Don’t get me wrong, it was just an example, but I fail to see how it’s dangerous in any way. In fact, I’m sure a few people would check daily more strictly and even buy some games to pump out coins!

I thought that with this post you were asking me why I thought it was a bad idea? Sorry If I got the wrong end of the stick.

Why make things better when they are little?

I simply didn’t feel like repeating what 5 others said or implicated (in a just as none constructive way if I may say so, feel free to go after them), so I just went wt what was on hand. It might seem like it doesn’t contribute at all, but ppl might learn to think twice if they get sassy answers to silly questions, mind you.

Thats an even better idea i feel

gives them an opportunity to get some extra scratch - win win

the other way well only we win

!
How many games have you bought? (…in other words if you’ve spent some what’s your true total?).

in other words if you’ve spent some what’s your true total?

That is my true total. I only have 23k right now, the rest was spent on 9 games(mostly Dead Cells…).