That looks pretty neat, the artwork looks really fantastic! Looks like it has a lot of gameplay finesse too!

He reminds me of my boi, Bowie

The gameplay looks like Volgarr the viking. At least the way he hops to platforms and shields enemy’s arrows.
It obviously is more ambitious than Volgarr, with it being a Metroidvania. Nice fluid animation to compensate for the rough pixel style. I’m rooting for it.

Also by the looks of it, will the Kickstarter succeed.

So, Death’s Gambit finally has a date, and pre-order. Any of you going to purchase the pre-order? 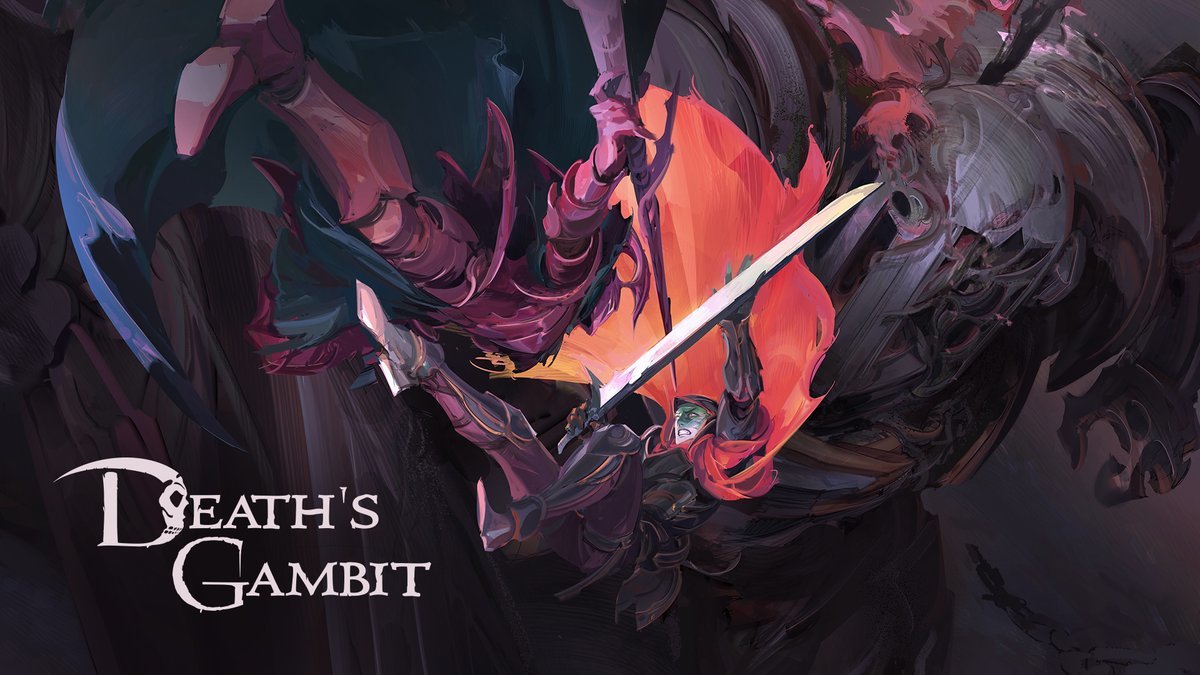 Death’s Gambit will be releasing on Steam and PS4 this Summer on August 14, 2018! We’ve spent quite some time developing Death’s Gambit, and many of you have been waiting for it just as long. Today we’re excited to announce that the wait will soon be...

Not pre-ordering anything ever, especially not something that’s been in limbo like this title for so long. Could very well be a dud they decided to push out what they had instead of cancelling a project they couldn’t finish.

I certainly hope that’s not the case though, but they’re not getting my money without proving they deserve it.

This game is now out and for the most part people seem pleased. But then these are reviews that are 1-3h into the game so I’m going to be interested to see what happens to reviews once people have finished it. Some negative reviews seem to mention issues with game speed tied to frame rate which is one of my pet peeves of game design, some has also complained about low frame rate and drops.

Anyone here played it yet?

live atm in case anyone wants to see some gameplay