Today in about 3 hours BFV will be revealed!

It seemed like just yesterday they come out with Battlefield 1

oh look, another “yearly”/generic shooter, -likely to incorporate “current” trends, and not much to offer
-let me just gather myself and put my drink down in anticipation to the monumental excitement and uncontrolled glee that is sure to follow…

…no?
oh well…, -i better sit down after this utter shock and complete lack of surprise; to not being able to find a single shred of anticipation for that game…

feel free to enjoy tho

I couldn’t have said it any better.

wow, no BR, but the gameplay part looked insane i have to say. Rly, like, is that real gameplay??? if it is then OMG 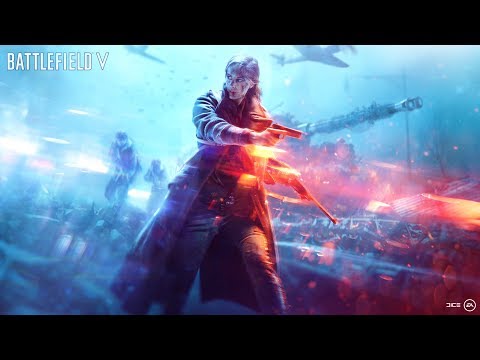 also, no paid dlc, no micro-transactions, nothing

Imperator Furiosa approves of the use of her ancestor in this game.

lol, keywords “reveal - trailer”
so no

, -at best that would be rendered in engine, but it’s very obvious scripted “footage”, if not a straight up cinematic

also, no paid dlc, no micro-transactions, nothing

remember when they said they would or wouldn’t do stuff in other games?, -then strangely enough, did the exact opposite? it’s EA, don’t take their words for it, until the product is final, in hand, months past and moved on from dev updates /“abandoned”

I’m pretty sure that latter part of the trailer is actual gameplay though; i get that it’s scripted obviously, but it does appear to be actual gameplay, but we’ll see

I’m not buying into anything as I wouldn’t be able to buy this game even if i wanted too, rofl, but in general i think i’m done with BF; I had over 100 hours in BF2, Bad Company 2 and BF3 (100 hours is an insane amount for me, only outdone by CS GO, RL and War Thunder), and though i had access to BF4 and also 1, i barely played 4 and didn’t even try 1, i didn’t even like battlefront 1 that much, so i think i’m pretty much done with those types of games; i guess i’ve outgrown them or something, i don’t know, cuz even though i’m rly impressed by these recent games when i play them, i feel bored doing so at the same time, and I’m not sure if that’s cuz I’ve outgrown them or if it’s cuz these games have no “soul” anymore or maybe it’s a combination of the 2? lol

@Gnuffi I think “fans” did that to themselves. They backtrack on things because they get screamed at to do so, then they get screamed at for changing things. EABFII has been one giant mess of a ride from one business model to the next, trying to appease fans that will not be pleased.

I played EABFII at launch. Its business model honestly wasn’t that bad, and if anything, the patches just hurt the replayability by giving you access way earlier in-game. The people who rallied against Darth Vader being a top-tier character failed to point out [mostly because they hadn’t played the game] that you’ll spend almost the entire match working your way up to the battle points required to use him, simply because he’s so darn expensive in-game. Think the system from BFII used to lock Droidekas, Clone Commanders, Jet Troopers, and Wookies, but now locking them to require a number of points for one use.

I still stand by everything I’ve said about EABFII. It’s a great game, even with the progression buff. They had a lot of problems in beta with the business model, and this was fixed. BEFORE A BUNCH OF PEOPLE WHO DIDN’T EVER GIVE THE GAME A CHANCE RALLIED AGAINST EVERYTHING FOR THE SAKE OF CAUSING A RUCKUS, we were getting regular content updates for free, ditching the season pass model that divided the community last time around.

I just can’t win, can I? LawBreakers, Quake Live, and now this… WHY, LIFE? WHY?!

but it does appear to be actual gameplay

like when they get thrown back from the explosion of that jet at 1:50, they did confirm that there are blast waves in this game, and that alone would be insane in a multiplayer game; in any case, if that is actual ingame footage, then the game looks insane graphically, no argument about that

there will be actual multiplayer gameplay at E3

you mean like all the other times we saw mp/gameplay “footage” at e3, -that was actually scripted/rendered “play” with “players”/actors added on top, after ?

95% of E3 is bs, it’s a straight up marketing “festival”/conference
it might be cliché, but never forget…!
(Aliens Colonial Marines, Watchdogs… etc etc etc)

ou mean like all the other times we saw mp/gameplay “footage” at e3, -that was actually scripted/rendered “play” with “players”/actors added on top, after ?

no man, i mean regular ppl getting their hands on the game there, just like they did with BF1 in 2016. Remember how they had a 64 player game up with ppl like Snoop Dogg, Anderzel, Ponylion, Roosterteeth, Jackfrags, Levelcap etc. That was straight up gameplay, and i’m pretty sure that’s exactly what we’ll be getting again

I get the sarcasm when u refer to ACM and watchdogs etc, but that doesn’t mean we’re supposed to forget the stuff that was correct either man, and honestly the industry has been improving this past year on such points, so maybe now and then u can also see that side of the coin?

i suppose we’ve come to the point where the “vocal minority”/forum screamers/ranters are the new/“post launch” focus-groups, -who’s word are golden

since i didn’t touch bf2(or1, -or most ea games of late) i can’t say the “deal”
from such perspective point, i wouldn’t have touched it with the lootboxes anyway,
anything with ingame advantages like that is a no-go for me on principle, and suppose as evidenced, leave balance changes to be potentially damning
so whether or not it’s a foul move to “leave” bf2, i don’t have any opinion/input on, but whether or not they choose to include any or “that” style mtx in upcoming games, hopefully they’ve learned to let the dev team get to balance a game accordingly, and “stick with it” regardless so it doesn’t end in a state where “abandonment” would come up in talks
it’s not like ea can’t publish good games, or “has” to shit the bed with lousy business practices,
even if sim city, sims 4, battlefield etc had their respective issues, it’s not like they’ve been down right publishing shitty games,
even from a business standpoint it could probably be reasonably defended; their decision to can Andromedas continued dev
but apart from that i don’t really immediately remember a recent game that was down right shitty, -it’s just when they/ea “make a move”, it always seem to hit a/the nerve, juuust the right, for some -which is funny considered the sht other publishers get away with
so while ea definitely isn’t “great guys”, the complete bad rep (game wise) i never really understood, not like they did/do stuff “the others” don’t do on a regular basis too…
(i mean, ffs activision got “caught” patenting/wanting to implement the optimum ingame advertisement mtx addiction system -and people barely battered an eye 3days later)

-but definitely fck ea for being a “studio killer” tho, and overly streamlining/homogenizing good/unique games

It is cinematic but everything the characters were doing you will be able to do. Like crawling backwards, sideways, jumping through windows and doing a role, tripping falling down stairs, getting knocked down from blast waves, It’s all possible. They did a lot of work on movement and physics in this game. You can even build up sandbag walls (not sure if its something you can do anywhere) fortify walls.

@harith You should check out these two videos from Jack Frags to see a complete breakdown and insider information on the game. 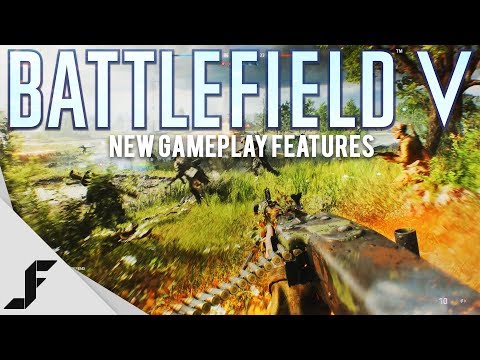 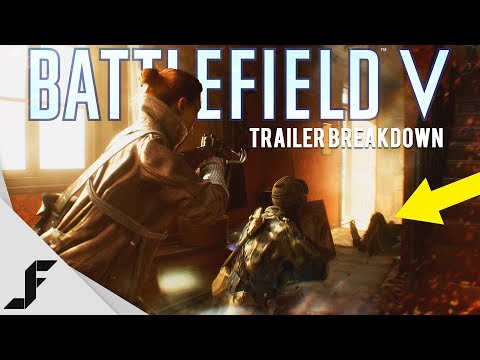 y have them in my subscription feed so might end up watching them or might not, probably gonna watch Level’s vid instead though as that will save me half the time 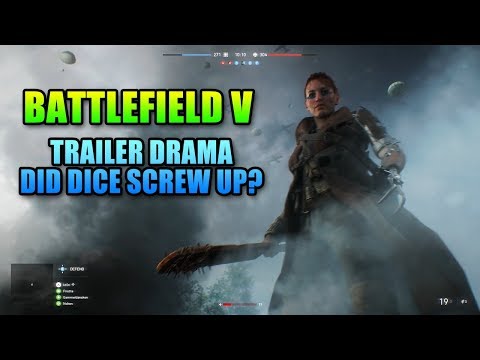 I think there was just far to much in the trailer and that maked it very chaotic.