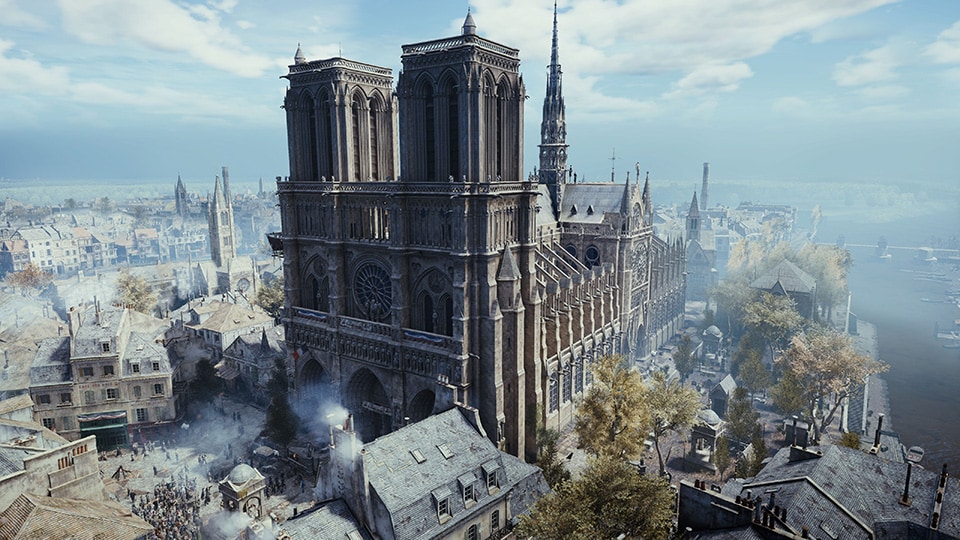 We stand in solidarité with our fellow Parisians and everyone around the world moved by the devastation the fire caused.

we want to give everyone the chance to experience the majesty and beauty of Notre-Dame the best way we know how. For one week, we will be giving Assassin’s Creed Unity away free on PC, for anyone who wants to enjoy it. You can download it now for Uplay PC here: http://assassinscreed.com/unity-notredame/ or get it directly on the Ubisoft Store here: https://store.ubi.com/

A shame it took the destruction of Notre-Dame though.

Not that im complaining but I wish they straight up sold it for 1 euro and then send the proceedings to the reconstruction efforts. Thanks for the heads up.

Thank you for the heads up, i was just about to post it, then i saw you already did it.

Ahh welcome x3 It often happens though to me that I find someone has already posted something just as I was about to post >.> this time I made it lol

This is a bit funny and too demeaning for an 800 years old architectural monument, in my eyes. Free stuff is free stuff I guess, but I don’t think I will even bother with it. Ubisoft managed to get even lower in my book while they could have helped more instead trying to promote their shit straight away.

Not that im complaining but I wish they straight up sold it for 1 euro and then send the proceedings to the reconstruction efforts. Thanks for the heads up.

I kinda agree and yet I don’t at the same time. Mistakes like this shouldn’t happen for monuments like this one. Ubisoft pledging 500 000 Euro is kinda good, being that huge multi million gaming company. Of course they will get back their money pretty fast with the next Notre Dame game they do

. Regular people paying for the mistakes of hired professionals who at first burn it down and second, can’t cover the costs is straight up robbery. It’s not regular people fault there are idiots… it’s the lack of control and not going theral with simple tasks that led to this.

Well, 1 link gives bad gateway error, the other says I can’t access it. Perhaps this giveaway is USA only.

Nupe or well, it works in europe at least (like UK and france), dunno about anywhere else. It’s very, annoying to redeem if your not doing it through uplay tho.

Nupe or well, it works in europe at least

Idk. I also logged back into to the Ubisoft Club.

Edit: For some odd reason the Dashboard is empty online, but they do show up in the Uplay manager. Colour me confused.

On the building’s fire, it’s always sad when a piece of history is damaged or destroyed. I’m surprised that people from all over the world pulled their pockets so quickly to aid in the restoration.

It’s not a simple publicity stunt, and the financial donation isn’t the only thing happening here. AC Unity isn’t just relevant because of the locale; they fully mapped out Notre Dame with extreme precision in order to make sure it was presented as accurately as possible. They have a full 3D model of the entire Cathedral, interior and exterior.

The in-game model is near-perfect, and they’re sharing these assets for reconstruction efforts. Their assistance on the project is immeasurably helpful. 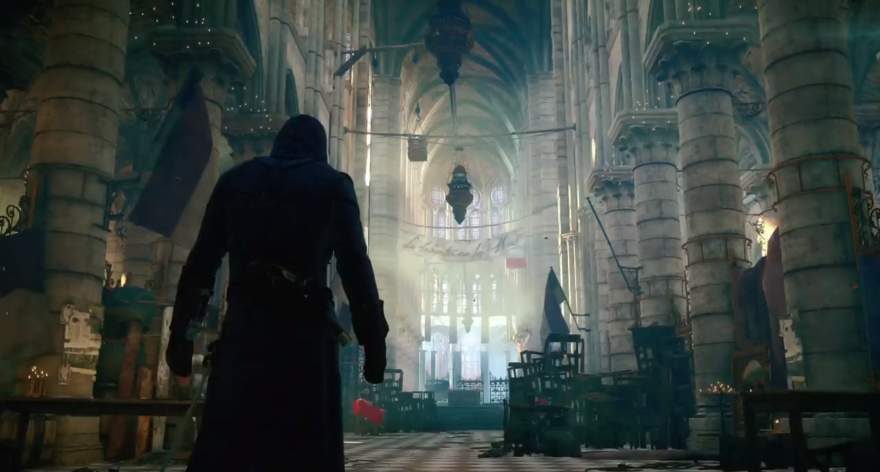 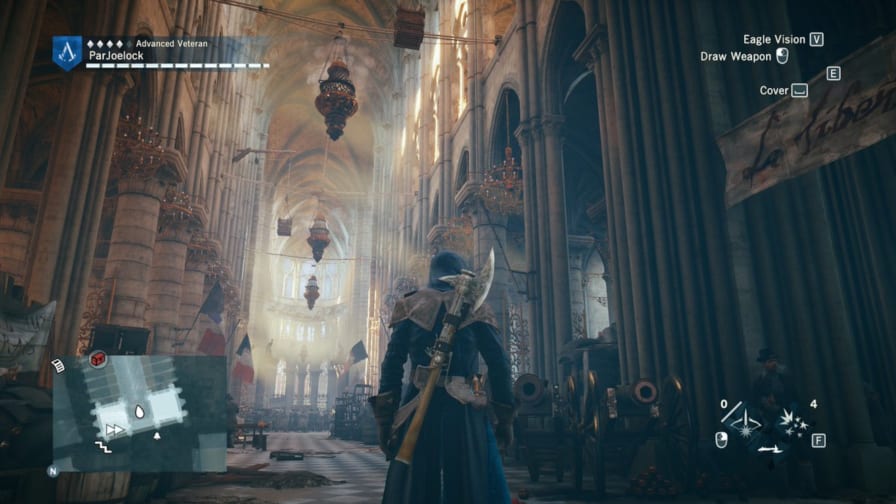 So hey, now they get a chance to set the record straight on an AC game that didn’t do so well critically when it released, as a side effect of giving everyone a chance to look at Notre Dame in its complete glory, where its large spire was up on the top of the building instead of being inside it. Ubisoft earned this one.

For anyone having issues claiming it, I was able to do it directly from uPlay’s store page, so I would recommend taking that approach.

This is 50/50 case, because having simple 3D architectural model of the thing based on photos and what not won’t take much time at all and the ubisoft rebuild isn’t 100% accurate for sure. They ain’t architects so they fill the stone brick work whatever they want just to look ok and make sense.

Also there are of course the climbing mechanic changes on the facades of the cathedral. They offering in game 3D representation goes to almost no value when you can use actual professionals to scan and scale the same photos Ubisoft used for even better detail ;]. No need to mention they worked only on the surface level and there is no info of the actual bearing skeleton of the building. Which is as well documented in thousands architectural papers and plans.

All details for this monument are already well known, so no need for pitching a 3D model everyone can do for few months of solo work.

As far as I heard, there was someone who did do a proper and very accurate 3D rendering - a person they said has passed away - but there do exists good plans to aid in the restoration.

Not sure if the in-game assets would help in any way.

Hmm yeah, the ubisoft store kind of sucks lol
I had tons of issues with their site loading gateway errors, frozen screens and all. Until I finally got something. And it’s annoying having to switch from one store region to another, often the automatic switching of stores doesn’t work and you end up in some other countries store. Uplay works better I think but idk it’s meh

That’s a fair point. Still, there’s some serious groundwork that Ubisoft has laid out there. It’s also possible that some scans they have archived from the game’s production may be able to smooth out some of those inaccuracies or gameplay concessions. I was going off of several reports I read yesterday about AC Unity’s Notre Dame representation and how it would affect the process of reconstruction.

This could have been an 80% off sale or something… then I might have agreed with you. To be honest, if it is just a PR stunt, it was at least tastefully done.

Agreed, the online sites are a network of ???, lol. Managed to activate through the UPlay manager without a hitch. Odd.

I think @Pylinaer was going to a side by side comparison of all the different game manager. Not sure if he’s done it yet though.

It’s also possible that some scans they have archived from the game’s production may be able to smooth out some of those inaccuracies or gameplay concessions. I was going off of several reports I read yesterday about AC Unity’s Notre Dame representation and how it would affect the process of reconstruction.

No one in his right mind will use the representation of a team of 3D Game designers which is based on scanning pictures they took or looked at the internet (doesn’t really matter) when you have actual architectural companies doing the same thing at the same time - professionals.

It’s estimated the restoration (the new one lol… bad joke from me) will cost 1 billion euro which I can’t fathom why at this point and this will include all the details made from people that know how construction works. 2 000 more Ubisoft companies need to pitch in though

Okay, I’m going to shut up then as this is clearly way out of my field of knowledge.

Still, I got AC Unity for free, so… yeah, not really going to complain.

Thanks for the letting us know about this!!! I grabbed my copy

Wait what happened? Notre Dame burned? I’m getting my world news from a thread for a free game… And to think i nearly didn’t look because i have zero interest in AC.

The ubisoft artist working on Notre Dame claims she spent 2 years of her life documenting it by pictures and working with texture artists so they can represent the brick work exactly as it was. I really doubt that statement though.

This building is pretty small part of the game itself and even though you start doing that as a single person… you will fill the gaps as you want especially doing it for like 2 years.

This doesn’t say anything about the construction as well and how it holds together. For the roof you see almost nothing from the wooden rafters in the interior and of course nothing in the exterior. I don’t want to sound demeaning at all, but I really can’t see how their model can help. I as well doubt she had access to the roof to count the roof tiles

She doesn’t mention she had a geodesy team measuring all the lengths and heights for her so even though their representation might be kinda accurate, won’t be 100% accurate.