Anyone heard about this???

Just got this from GOTD…
What constitutes a friend in Humble’s Eyes? You are getting nothing in return…What is going on??? Why doesn’t Humble go after the resellers and trading areas instead of people that are just giving away games??? 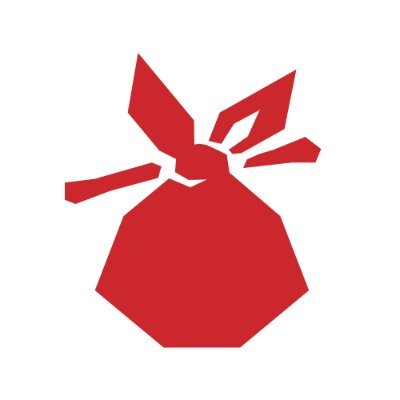 @humblesupport
@squashpickle If the key being gifted was received through our Partner program, then they may give away this key as long as there is no cost to enter the said giveaway. While we welcome gifting keys to well-known friends, we cannot condone gifting away keys on open forums to strangers.
14 Likes
M00 July 24, 2020, 3:28pm #2

this is easily circumvented by not using the gift link though

just redeem the key and send it; that’s how i’ve given all the keys i’ve given away to ppl anyways. That way they don’t even know where the key went. For all they know, i activated them on my own steam account, even those i already owned

[disclaimer: I’m not saying what they’re saying is necessarily true or correctly representative of the facts; i wasnt aware of this issue to begin with and have no further knowledge of it]

Yeah. Traders who are honestly just doing game for game or leftovers from big bundles they bought, much prefer to give just keys now, because of this crackdown by Humble.

I always ask for keys now. There are looks of re-traders and re-sellers on places like Barter.vg, trying to hold people to ransom for games, so yeah, reducing gift link generation isn’t a bad thing, not to me. It’s not to say you can’t do gift links, but it looks suspicious when done in large quantities. Perhaps not fair, but there it is.

HB isn’t going after ppl. These are terms of service - or more specifically, in this case - support:

Can I sell, trade, or use my keys for promotional purposes (i.e....

Keys obtained from Humble Bundle are meant for personal use only.  We consider giving away keys promotionally different than other uses for keys.  If you've received keys through our Partner progra...

The reason why they formulate it this way is that they cannot be expected to support potential issues with 3rd party trades happening outside of their system.

The reason why they formulate it this way is that they cannot be expected to support potential issues with 3rd party trades happening outside of their system.

How can people be that stupid to think Humble would be responsible for 3rd party keys???

Well I, generally use keys. Very seldom do I use a link…

I haven’t used the giftlink feature in some time, because there’s been some people doing a lot of trading and such getting banned from their own accounts.

Well that’s a shame, I thought the gift link feature was great because it removes the key from your library and adds it to the recipients. But now I guess you’ll just have to keep all your duplicates clogging up your library.

I used to think this as well, and I thought it was great. I thought it would be a good way to keep track of things. Now it’s just a feature I just don’t even dare click on any more.

you’ll just have to keep all your duplicates clogging up your library.

We really need a “mark as used” or some such on all these stores’ sites, sigh.

The main issue here is “personal use”. It’s very hard to justify this phrase which potentially would differ from people to people.

Honestly even if they aren’t going after people, the fact that they think they can tell customers what they can do with their purchases is utterly disgusting. I bought it, taking ownership, so mind your own damn business Humblebundle.

Well, I am happy I just saved mine as keys in a txt and in the cloud with a password…

Back up ftw! Likely easier to have them all in one place when you can.

I keep track of mine by not revealing the key until it’s to be used.

As for their “policy” I will disregard their statements and continue on as normal. I generally use the key generation anyway. One less step for the receiving end.

I keep track of mine by not revealing the key until it’s to be used.

That’s what I do too. It gets to confusing if I reveal unused keys

This has been known for a long time, at least in the trading world. I have been trading and doing giveaways for years and have never had a problem, I also use gift links about 95% of the time. It is very rare when they ban for trading or giveaways, problems come when you use their referral program or have multiple accounts. Also while a ban is very unlikely, you do give up your right to any customer service help. I am pretty sure this is not entirely a Humble decision either, they most likely have to do this to make devs/publishers happy. Obviously as a trader I am not in favor of any of this but that is pretty much what the gaming world is now, you don’t own anything and have no rights.

Edit: So I have been looking around and talking to some trading buddies, looks like there has been quite an increase recently on the amount of people being banned. I guess it is time to stop using gift links

The real crap part is you lose access to all keys, sometimes even ones that were already activated on Steam and you do not get a refund for anything. This may trigger a Class action Lawsuit here in the US, looks like some are already looking into that.

I’m curious whether Humble actually can’t track keys. Or rather - games that you buy. They can check whether one revealed a key - and can look at one’s Steam, as we have it connected to Humble (at least I have). So if they notice that a key has been revealed quite a while ago, but no such game has been added to Steam library, they might get suspicious. Even if it’s impossible, the decision is super shitty and I really hope Humble gets their ass kicked for that. I wanted to buy the Daedalic bundle, but now I’m too scared