Any hardware geeks around?

So since Battleground was released a while back I am compelled to upgrade my PC. There were games before that could’ve convinced me to lay off indie titles which can run on my potato of a PC, but I wasn’t craving them as much as PUBG, I suppose.
However, I am currently going through local ads (german craigslist, more or less) and found some affordable stuff.

Now the first guy I got in touch with is someone who is selling a bunch of hardware for 50 bucks, which has a lot of crap, but also some parts I could use. A motherboard, a quadcore and 8gb of RAM. Nooow… I did some research and according to CPUboss that quad is worse than my dualcore. What? Why? How? Someone please enlighten me on what to look out for when trying to get a quadcore.

The CPU in question is an AMD Phenom II X4 945 (Well, I don’t know for sure. It’s been a hassle to even get this guy to tell me something else than just “CPU” because he doesn’t know anything about what he’s selling, even less than me)

TL;DR Why is the AMD Phenom II X4 945 worse than my dualcore Intel Pentium G3260? What should I be looking for when I want to upgrade to a new processor that can run contemporary games?

Wait a second…in real terms you’re looking at ancient mid tier hardware…what GPU do you currently have? It might be a better idea just to start over from scratch if your current PC is around 5 years old.

Edit - also, I’m so far from being a harder geek it’s untrue…I’ve just been planning a PC update for months now having been delayed by the explosive changes in hardware prices thanks to crypto currency and memory price impacts, which means I’ve been following hardware forums for a while now.

Yeah don’t buy any of this stuff.

Here, look at actual benchmark site to compare with. I have no idea what cpuboss is even comparing there. They liked the G3260 a lot when it came out and the phenom not very much at the time or something? Well the phenom was very underwhelming at the time and was widely outperformed by every other modern (at the time) intel CPU. Which might explain the poor rating.

The phenom gets a tiny little bit of extra benchmarking prowess due to it’s 2 extra cores but it’s generally awful and not worth trying to build a new computer around. It’s also actually WAY older than the G3260. You’d really not gain much other than higher power consumption.

What xist said is correct about the GPU. The AMD Phenom II X4 can do a ton of calculations, but without the BUS cache speed on the mobo and a smoking GPU, it will just idle.

Well, yeah. I’m limited by my budget and current PC. If I wanted to upgrade the PC I own I’d need to get a CPU for a 1150 socket and all quadcores that would fit are waaaaaaaaay above what I can spend. The other option is to find a cheap motherboard plus the corresponding CPU, which I tried in that example.
I don’t know what my GPU has to with it, but I have a GTX750 with 1GB of VRAM. Probably need to replace this one as well.

I also saw an ad for a complete PC which had pretty good specs for its price, but I wonder if it’s really worth the money. Mind if I share the specs and you guys give me your thoughts?

If you don’t mind spending a bit more to make a new system (even using some parts from current one) would recommend AMD’s Ryzen cpus.

As you can see here a Ryzen 1200 (the lowest Ryzen chip) with a low end (second(?) lowest nvidia) 1050ti gfx card can run a game like Battlefield1 with ease on max’ settings.
Would’ve recommended an AMD gfx card, but thanks to miners, they cost way ott of late, even if they are good cards.
Throw in a mobo & some ram & you can always increase it over time. 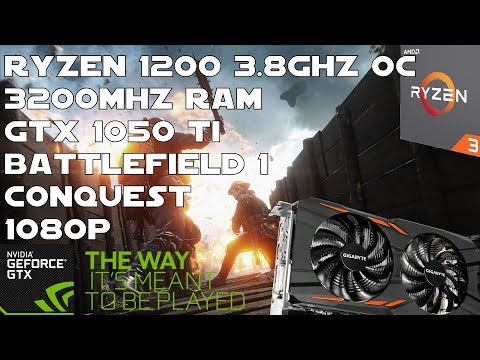 I’ve cut the rest, since it seems irrelevant. 300€ for this. That’s also exactly how much money I put aside for bad times, so I’m obviously extremely hesitant to spend it all, but if this PC would last a few years I could be persuaded.

That’s what I was about to say.

Edit The Ryzen CPU goes for 99 bucks, the GPU is something around 150 (I’ve looked at this one before). Now I need a motherboards and RAM. All in all this could be about the same price as the one I mentioned earlier.

Personally I wouldn’t bother for now…the GT1030 may be new but it’s not going to keep you in gaming, the RAM is DDR3 and only 8GB so again longevity and CPU’s are going to get a shake up soon with the Coffeelake release. I’d either consider saving and doing a budget Ryzen build with a 1050ti, or buying a console.

The mobo is important for that bus cache. Here’s a helpful explanation if you’re curious:

What is Bus Cache?

here’s the thing about “upgrading” to an 8 year old cpu, it wont last long in terms of “spec sustainability”
but your main concern with PUBG should be it’s utter horrendous optimiztaion, so despite the upgrade you probably shouldn’t expect much

GPU will 90% of the time be the main factor in term of performance and “sustainability” (you’d be surprised how long i got on with an ancient cpu)
that being said, cpu-gpu bottleneck is a real thing, and supposedly paring any pascal gpu with “older” cpu’s will guarantee some bottleneck of sorts (there are posts about people supposedly experience varying (or minor) bottlenecks on stuff from sandy bridge -ivy and even haswell lol)

and so a gpu upgrade can often be the “sensible” “here and now” upgrade, because once you finally can afford a decent platform upgrade, you just plug your (then old/“new”) gpu in and eventually upgrade it too

reading around tho, you probably shouldn’t “expect much” in regards to PUGB even with a 1030 (or even higher it seems sometimes lol)

so if any upgrade were to take place now, i’d say stick with gpu only, and wait until you can do a better platform switch eventually

Start saving money, like really save as much as you can, cut down on anything unnecessary for 6-18 month however long you need to free up $3-500 and do a proper whole system upgrade. That is probably the best possible advice I can give you. Trying to buy ancient 2nd hand hardware or tiny spot upgrades to your current system is only a waste of money in the long run.

I and I’m sure many others here would be happy to help you select a good but affordable system that will bring you into the modern era of PC gaming that will last you for years to come when you have the money in hand.

Forget PUBG for now, it’s not going to run on any system you can afford right now anyway. Maybe you can run Fortnite’s f2p battlegrounds just to get have a go at the format, I don’t know it’s requirements though.

Sorry to bear the bad news I’m sure you knew was coming, but that’s kind of the rub.

You could scout the internet for some used GTX 750 ti, maybe coupled with a Pentium G4560. It’s on the same socket of your CPU and the best processor for the smallest amount of money.
I’ve built a PC with a G4500 and even that one was more than capable of 1080p and 60fps. But forget about multitasking while playing games.

“upgrading” to a 750ti would be a waste when already owning a 750 ;), and even then still a waste for most, unless could get it for pennies on the dollar

@DownwardConcept
you mentioned the quads were way out of range for your price, but was that new or used? have you looked around if anyone is “throwing” away some decent ones
considering how some can depreciate with enough platform changes, you might be able to get a solid enough quad for your platform without eating away too much of your current budget
(tho again, don’t expect it to “last” 8 years, and i also get the risk of getting a dud might be make “used” less tempting)

Holy hell, I wasn’t paying attention, at all. Can I have a C- for the (lack of) effort?

The 750 can’t run PUBG, even at low settings? Maybe @Fraggles is in the right, save some money and invest in a newer MoBo as a new platform and start from there.

Holy hell, I wasn’t paying attention, at all. Can I have a C- for the (lack of) effort?

that’s me probably atleast 75% of the time, have you seen most of my replies on the forum lol?

Yeah, I did look up some quads with a 1150 socket and it was hard to find any used hardware at all and most of the time the prices were close to what they cost new, so no real deal to be made there. Might have to give it some more investigation, though!

Coffeelake, Intel’s new CPU is releasing any time now, the crypto currency boom will hopefully fade soon allowing GPU prices to go back to where they should be, memory prices should decrease a little next year and nvidia’s new GPU Volta is on the horizon. If you’re not desperate now is a good time to wait a while.