AMA - I work for Chrono.gg

ex could be recent Borderlands deals that felt “weird” to some people, given how it had just come off a lot cheaper pretty much everywhere else. But also even stuff/when it’s not that huge a historic discount difference, but still not either “the new cheapest” or “as low” as previous

ex couple of deals (tho they were smashing in themselves) that seemed to almost get sold out instantly “moments” after an affiliate announced it, like heroes of hammerwatch, enter the gungeon, Grim Dawn etc
-i’m guessing there isn’t always a standard office expectation of a deal selling out “in 1 hour” ?

if one of the cats ran for office president, which cat would win, and would it come to work in a suit or keep it fur casual?? 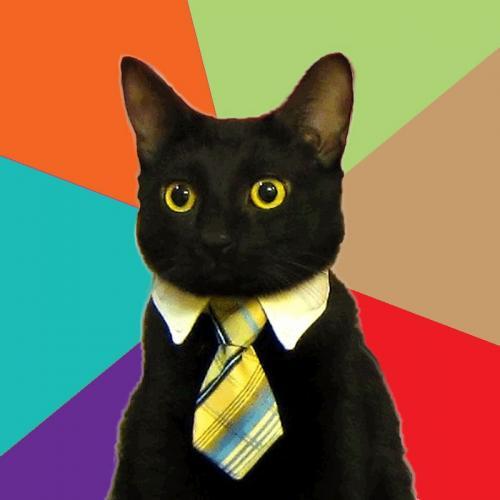 @Madway - the meaning of life is different per person.

Related to an earlier question about how you choose games to sell: what’s the process for games in the coin shop?
And another related question: There have been some release-day Chrono sales, how do those come to be?

Thanks for the tip on the @ stuff, much easier indeed.

Release day sales usually happen because we’re close buddies with the developer/publisher. It’s something that we do to help our partners generate some more exposure.

My favorite things are when we do bigger events. Especially the VineSauce store that we had and the store for GDQ. It’s very cool and rewarding to do events for charity, which is really great. So yea, whenever we do something like that I’m extra excited.

On November 27, 2017 we did Chronomicon (image attached) which basically were 8 games in 24 hours. That was my first ‘‘special’’ event that was really something different than one amazing deal every day.

I really loved that event, but a lot of our community members did not like it at all because of the fact that during a specific period of those 24 hours they would sleep and miss some potential deals. Also something that did not help was that our list of games leaked on Reddit, since we forgot to make an adjustment on our ‘‘past deal’’ page, where all those games would appear that we were selling for that 24 hour period.

@Gnuffi how do you guys go about pricing for games, in general, and like for instance when it’s not the “new/first all time low” you can boast of
is it a pre-negotiated deal “long ago”, that then sometime can happen to be surpassed by other discounts?
a set price from the publisher/developer that makes little wiggle-room for being the historic cheapest?
parity/deal terms or chrono margins making it unable to lower discount more to maintain the cheapest set price?
you estimate the game/deal has no need to be “the lowest” this time around, because good enough game/deal for the price already?
ex could be recent Borderlands deals that felt “weird” to some people, given how it had just come off a lot cheaper pretty much everywhere else. But also even stuff/when it’s not that huge a historic discount difference, but still not either “the new cheapest” or “as low” as previous

It’s a combination of everything that you outlined. We work with a pipeline of deals, which means that I know what we’ll be selling in September/October already. Scheduling in advance does have a certain risk but is also giving the rest of our team more time to prepare. Sometimes the game suddenly appears in a bundle, they do a free weekend on Steam or they put their game in a Humble Monthly. That basically means that it renders our deal invalid and we’ll have to replace it. We always try to get the most amazing offer possible (e.g. lowest historical price) but that’s sometimes just not possible.

The reason why it in some cases won’t be possible is because it’s not the strategy of the developer/publisher, they plan to release more content in the future or simply because they want to save those types of discounts for Steam itself. If developers/publishers are hesitant with lowest historical pricing we tend to want to spice up the offer by other means. That could mean either include a DLC-part for free, or the OST.

In addition to that, Chrono only works directly with game developers and game publishers. Which means that all our sales are officially approved. If a game publisher/developer asks us to adjust a price, change something in the text or use different assets we’ll always make those changes.

Does Chrono’s success/model maintain viability, in case of the far out scenario; that Epic’s crusade actually causes a wide shift in the industry for retailer’s cut/share? were you lot surprised by the effect of some influencers’/partners’ effect on a given sale(if you saw such big affiliate link use/tangible effect that is)?
**ex couple of deals (tho they were smashing in themselves) that seemed to almost get sold out instantly “moments” after an affiliate announced it, like heroes of hammerwatch, enter the gungeon, Grim Dawn etc
-i’m guessing there isn’t always a standard office expectation of a deal selling out “in 1 hour” ?

Regarding the Epic question, I strongly feel that Chrono has it’s place in the marketplace. We work with content creators directly and have very good relationships with them. We now offer the creator stores (https://creatorstores.chrono.gg/) and obviously developers/publishers now know what kind of value we can provide to them (while also maintaining good relationships with them!). Whenever massive changes are happening, we’ll need to adjust - just like any other company in the industry.

Regarding the affiliate links. Yea, it’s very hard to forecast how many units a game will sell. For example, Grim Dawn was one of those sales that sold out very quickly back in May 2019. This was also the reason why I really wanted to sell Grim Dawn in July again and stock up on more keys - so that we wouldn’t sell out that time around. Whenever a game sells out I feel really, really, really bad. For example on 07/25/2019 we sold Planetary Annihilation and it sold out with about 1.5 hours remaining for the deal. If we had a little bit more keys in stock we would have been able to offer that deal to people who might wanted it really bad but didn’t check Chrono in time. Next time we sell out with a game over at Chrono just remember that I will probably be stressing like crazy.

It’s always very cool to see partners (small and big) promoting the games that we’re selling over at Chrono. Sometimes it’s a homerun and it’s very interesting to see it all happen and unfold in terms of data that I see on my screen.

if one of the cats ran for office president, which cat would win, and would it come to work in a suit or keep it fur casual??

What’s the story behind you working for Chrono (it’s odd you’re the only non American)? Had you worked in the games industry for very long prior to this appointment? If Chrono isn’t your only job what else do you do?

I always knew I wanted to work in the gaming industry. I used to do some work for a website named ConsoleGaming.eu (does not exist anymore) where we organized tournaments and ladders for competitive console games. I did that besides having my own company that organized dance events while in college. I started that company basically to have ‘‘free’’ parties, but it kinda blew up into something more succesful and eventually I realized I did not want to do that for the rest of my life (since gaming is my passion) so my partners at the time bought me out of the company.

After a while (while doing some projects here and there) I went on to do an internship for a game studio in the Netherlands (Triangle Studios), they offered me a job, I accepted the offer and worked for them for about 3.5 years. I think I had about 5 years experience in the gaming industry prior to me joining Chrono (counting volunteer gaming projects as well.)

It’s not very odd as the only non-American. But it’s funny and interesting to see the differences between the cultures. But that doesn’t really have anything to do with the company itself.

thy answ’r disappoints me
It’s 42! everybody knows that!!

Was Chrono aware of the fact that almost everyone(not all) on the forum and half the world had the Borderland games because of the Handsome collection being so cheap? And we weren’t quiet about buying before the sale. The cheapest I think was $3 US. Did anyone know this???

Well, 42 is actually the answer to the ultimate question of life, the universe, and everything.

It’s not necessarily the meaning the life.

I was not aware.

You have an international forum here. I would suggest someone keeping an eye on the “Other Deals” and “Gaming” categories. They wouldn’t need to read everything…but do a search, at least, before a deal is set up. You have a lot of resources here. You, also, have game devs here…for one… @yitzilitt has even gone Viral on Reddit and been featured in a few articles about the Steam Summer Sale…

I’m mentioned in ALL OF THESE :eyes: Interestingly, despite seemingly getting more coverage than some AAA games get, I’ve only noticed a slight increase in traffic to my games (Nepenthe and To The Dark Tower). I’d love to hear your thoughts on this, both on the news itself, and on my unlikely spot in all of it :slight_smile:

Hey, I’m getting good at this “going viral” thing! https://www.reddit.com/r/blessedimages/comments/ccf2oz/blessed_hispanic/ It’s weird to think that this is probably the most influential in popular culture I’ll ever be…


And about his Newest game…

So this is what I’ve been working on these past few months… I think you guys—especially the psychological horror fans here— will really enjoy this. I’ve been trying to recreate the mild horror of reading a creepy picture book late at night and being afraid to turn the page for fear of what lies on the next… If TTDT (To The Dark Tower) seems like something you’re interested in (it will sell for $3.99 btw), please consider wishlisting it on Steam, and perhaps spreading th…

It’s not very odd as the only non-American. But it’s funny and interesting to see the differences between the cultures

I hope you know everything is BIG in Texas…Just ask a Texan. They have their own culture…LOL Longhorns!

When will Chrono hire me as their (off-site, part-time) proofreader?

Ah so you really work and get a decent salary that you live on?

Whats your dream job? Make your own game studio?

@M00 - you should send an application to jobs@chrono.gg - not sure if we’re looking for a proof-reader though!

@Terzom Correct! My dream job is something that I’m already doing, making Chrono even bigger and better! I really could not see myself doing anything else. Eventually, in many many years I would love to just have a big piece of land and grow some crops or something.

Eventually, in many many years I would love to just have a big piece of land and grow some crops or something.

Think I already sank in about 250+ hours into that game. I’m currently exploring Farm Together:

been there, done that, but I kind of expected you to create a position just for me

How is Farm Together? I wanted to get my wife Stardew Valley since she loves games like that, but really dislikes the aesthetic. This seems like something she could get into more.