I just felt like we needed one of these (we probably don’t… but the mistake is already made!). There has been almost no mention of Pokémon here but surely I’m not the only one here that grew up with the games and wasted away my teenage years on Pokémon forums?

Where did you start? What’s your favorite game? Will Ash ever do anything of value?

There’s some interesting stuff to talk about but most importantly what’s your favorite Pokémon? I’ll drop a small hint to mine.

Phew, I remember when the first two Pokémon games were released for the GameBoy. I saved up money, gave it to my sister, she drove to the store and got me the Blue edition. I’ve spent the summer holidays getting up 7 in the morning, going into the living room and playing Pokémon on the couch as long as the batteries let me.

Of course the show was also a huge thing back then, same for the cards. Everyone collected them, but I seriously didn’t know a single person that actually played the card game itself. The worst thing is I’ve watched a video recently on the value of some of the cards and if I still had my collection I’d easily make a few grands off of them. I had Mewtwo, first edition Charizard… I’m so pissed that I don’t have 'em anymore.

All nostalgia aside I have to apologize, because you’ve read all that for nothing. Pokémon is one of the few things that I’ve left in my childhood and doesn’t have a huge importance to me these days, but I still have to cry tears of joy when I hear the Power Rangers theme - O.G. Mighty Morphin’ of course!

I don’t much like modern Pokemon, I feel it has degraded rather heavily in quality, however, I do still play them when I can. The newest game announced for Switch looks really interesting (though probably because it is Gen 1), and I did like Pokemon Black.

Anyways, started when Pokemon started. My favorite game is Pokemon Crystal (Gold or Silver is about the same though) and no, Ash will never do anything of value unfortunately.

Oh, and I actually have two favorite Pokemon. Yes, shamefully I cannot pick between them!

My absolute favorite is Bulbasaur. You just can’t beat this:

My second favorite is the Abra evolution line. 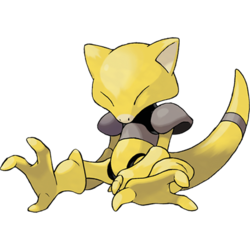 I remember getting the Sabrina Pokemon Starter deck as a kid because I was obsessed with Psychic-type Pokemon and Abra’s line.

If your favorite pokemon isn’t bug type… we can’t be friends.

Also, I don’t really recognize the legitimacy of anything beyond gen 3… #notmypokedex

I’ve played a LOT of Pokémon, at least 1 game from each generation (aside from generation 3 because I don’t have a GBA… yet) and lots of the spin-offs. I started with Pokémon Rumble for the Wii and then got Platinum shortly after but my favourites are definitely Black and White.

), I play at my local tournaments (and have also won some of them) but I haven’t been to any really big events yet. I’ve got a pretty large collection of cards mostly from HGSS and later so I don’t have any Base Set Charizards or anything crazy like that but I can post some of my favourite cards from my collection if anyone is interested?

My favourite Pokémon is Rayquaza, which is also where my username comes from:
https://cdn.bulbagarden.net/upload/e/e4/384Rayquaza.png

I’ve heard about these things, the children are all so very exited about their pokemans. I never really got it myself but I found this one and it looks pretty cool.

Eevee nice mine are:

and from the newer pokemon games

I love pokemon. Especially the shinies

This is my favorite pokemon, baby-joker, made him myself too:

Well, my interest in pokemon started when I was but a smol slotho and wanted to draw stuff, mainly Dragon Ball Z characters with those weird hairs and super powers. One day I stumbled upon this interesting magazine in the local “banca de revista” and I had to beg my mom to buy it for me, it had some ONE HUNDRED AND FIFTY cool lil’ monsters for me to look at and try to draw them (ahem, I wasn’t the best but I could draw, best in the class at least). From there I developed more and more interest in the series, started watching the show and one day a friend gave me a floppy disk with an emulator and the Blue Version.

I’ve never owned a GameBoy, I come from a humble family and those things or anything Nintendo related other than NES and SNES back in the days was a bit too much for parents to be willing to buy for their kids, still is tbh. So, the times I played on the real thing was when a friend lend me for a couple days, but I’ve played most of the titles that was available through an emulator, that is, when I had a good enough internet to download them, before that was the whole floppy disk friend sharing thing. hehe

My favorite game: I’d probably have to say G/S/C, it was such a blast for me because prior to that I had played the R/B/Y version multiple times (also thanks to my sister for overwritting my save), and there was so much more stuff in the game, being able to return to Kanto as well had my excitement overflow. But from the most recent ones, Black and White is right up there, lots of interesting new pokes, unlike Diamond and Pearl, which is probably my least favorite.

Ash is forever an amoeba.

I’m not really sure when my relationship with Pokémon started, but it sure was a long time ago, since one of the first VHS tapes I won was the first episode of Pokémon (which I watched several times

, mainly because it was the the only video cassette I ever won from the series

…) and when I started watching on TV, I simply fell in love with that anime

that I ended up with until a few years ago.

(and by the way, there were not many, because despite loving the series, I was never very close to the games ~~), it was at the recommendation of a friend mine who played the Ruby version …

The game was undoubtedly a milestone for me, I spent hours getting to know new Pokémon and their abilities, discussing with friends about which Pokémon was better and most likely it was that it opened doors for me to get to know other games in emulators.

Well my favorite games are Ruby and the Pokémon Uranium (which is a game made by fans, and by the way I found it quite amusing, if anyone wants to give it a try I recommend

) and without a doubt … my Favorite Pokémon is this guy:

(and I really like this comic, although I know absolutely nothing about mega evolution)

Oh man. I grew up with Pokemon, and I still have the new Pokemon Sun. (not the newest, but ah well. I need to play it more. So my favorite pokemon are

can’t take part in the thread without tons of effort thanks to mostly different names in my language.
I love Groudon & Kyogre tho

And my fav edition is probably…leaf green? tho I played ruby more.

All nostalgia aside I have to apologize, because you’ve read all that for nothing. Pokémon is one of the few things that I’ve left in my childhood and doesn’t have a huge importance to me these days

It’s all good. We all have to leave things behind.

My absolute favorite is Bulbasaur.

I gave up on Uranium when my save file got corrupted, it was an interesting game before that.

I loved Pokemon when I was a kid because I always loved animals and it was a way to interact with other kids with something I liked. I remember I never had the chance of having a Game Boy but years later, when I had scheduled an operation wich required several months of recovery, I decided to purchase one second hand (around 7 years ago, having around 18 years old) and managed to fix it, change the button battery (wich was used to save the game), not before making a mold to forge a key wich I used to open properly the console.

I did all that with one hand at the time, since I couldn’t use my other.

Boy, did I had fun even “out of time” with Pokemon Blue and then Silver, the ones I always wanted.

My favourite as well as @WikiTora, the only person not blatanly wrong here, it’s Scyther because it has two super mega ultra bigs swords as hands and that’s super cool and badass and I was a kid and please don’t judge me even if I don’t really care at all.

I remember getting a game boy color. I heard so many people talking about pokemon so I bought pokemon red.

I played it and played it. But then something happened…

If anyone ever talks about Ashe in pokemon, I always bring up how few pokemon he actually caught and he’s failing badly at catching them all.

My favorite pokemon was a hornet looking thing because that’s the best one I got before I quit.

Beedril, in case you wanna know.

And yes, the red/blue/yellow thing can be easily considered a scam. I just assumed you could get whatever you liked, but now I think about it, some people bought them all. Spooky stuff.

That’s…probably not what the developers had in mind. The games were made this way in order to encourage kids to communicate. You see:

Japan is pretty compact, and the neighbourhoods are mostly friendly. It’s not hard to find someone to play with. The game most likely wasn’t developed to leech off collectors: separating and trading mechanics are for social interactions. They made Pokemon extremely popular in Japan, it acted like a social virus; the necessity to trade is one of the selling gimmicks, actualy.

Nintendo’s consoles never were popular in Russia (Switch is the only exception), so I didn’t have anyone to trade with, too. However, I never really wanted to catch 'em all. You don’t need to do it to beat the Elite 4, etc. … My first was Pokemon Fire Red, and I remember thinking that it looks extremely cute.

P.S. My favourites are Abra and these guys: 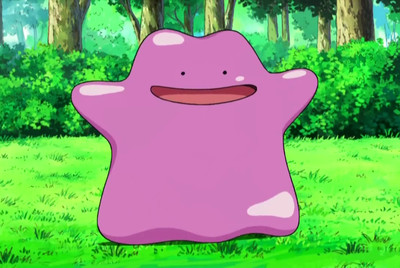 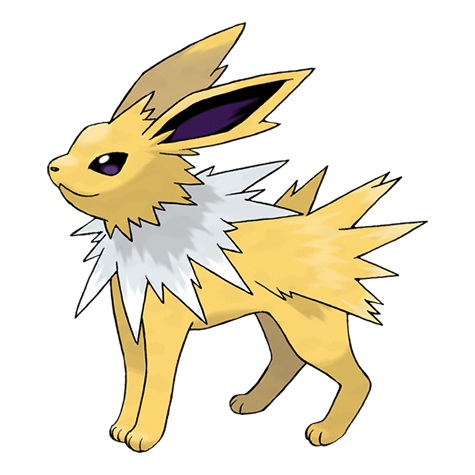 I think you’re assuming a whole lot of malice out of nowhere. I know nobody who ever owned more than one game out of any pokemon iteration. If everyone you knew were wealthy enough that buying both or all the versions of the game was such a prevalent thing then congratulations, I don’t feel like you have much of a complaint to leverage there.

The trading aspect of the game was a core mechanic and almost a pioneered concept for handheld devices at the time. The original gameboy’s link cable capabilities were used by almost no other games before it, tetris and Dr. Mario allowed for 2 player race over the link and that’s the only other use I know about.

The pokemon edition differences are far too slight and unimportant for this to be an attempt at forcing people to buy multiple copies.