2017 Anime Summer Season - What are you watching?

Well hello there hoomans, I’m bored and curious, so let’s talk about something. How many of you have been watching anime lately?

Summer season started a while back bringing a lot of new shows to the table. And that should be enough time for you to judge if you like that anime or not. Well, for some, at least.
I’ve picked my interests and braced those continuations for this season and I’m willing to share with you, hoping that you do the same and express your opinions, if you must. I might even consider looking into your beloved anime! AND BASH IT TO THE GRO- just kidding!

B-but, where do I look this season’s animes? Well, you cave dweller(?), there’s those portals of information out there and those “search engines” at your disposal. But if you still can’t find it, place your cursor over here and press the left button once on your clicking device. Yes, we do have those in the rainforest.

I’m not a good “reviewer”, so bear that in mind, and it will be short. Skip it at your will. I have zero knowledge of the mangas of the series I’m watching, so it’s all fresh for me. Forgive me, senpai.

• Kakegurui (Compulsive Gambler)
My weekly dose of “WTF, love it”. It’s probably going to be the mainstream anime of this season, for a good reason. Pretty straightforward from the first episode, you know what you’ll get for the rest of the anime. Weird sh*t and madness.

• Fate/Apocrypha
Another in the Fate series, but this one is somewhat different. Not really impressive to me so far, but seems to get better. Some of the stuff bothers me, but not as much as Fate/kaleid liner Prisma☆Illya did.

• Made in Abyss
I feel like a child playing a newly found game that can’t wait to play some more next week. Promises an interesting story.

• Vatican Kiseki Chousakan (Vatican Miracle Examiner)
So, an anime with religion theme. But wait, it’s about investigation of mysterious miracles and supernatural stuff. Well, that’s probably the only reason I’m watching this anime, I always liked that.

• Jigoku Shoujo: Yoi no Togi (Hell Girl: Fourth Twilight)
I didn’t even know that there would be another season for Jigoku Shoujo, more of the same! Don’t get me wrong, I enjoy the show, just new stories of how people are horrible to each other. Ippen… shinde miru?

And that’s it. Since I’ve kept my watchlist short, I’m also watching some other recommended stuff from my friends, if you’re interested, here’s my anime list. Currently finishing Re:Zero after avoiding it for some time (friends finally convinced me to watch…). There’s also two animes listed in this season that I’d like to mention, and couldn’t watch only because they were postponed: Violet Evergarden, I saw the trailer in the previous season and said “yep, this is beautiful, must check” and Mahoutsukai no Yome (The Ancient Magus’ Bride), a friend came up with a GIF of some animation and he wanted to know what anime was, I helped him and found out it was from a trailer for the prequel(?) of this series, the TV anime was announced not too long ago I believe and it’s from another part of the manga, or the prequel was some original work, I don’t really know, but it’s beautiful and I want to see more.

Also, she doesn’t really do this everytime but it’s quite fun to listen to the opinions of miss Dodger, so check it out if you have time! I usually agree with her. 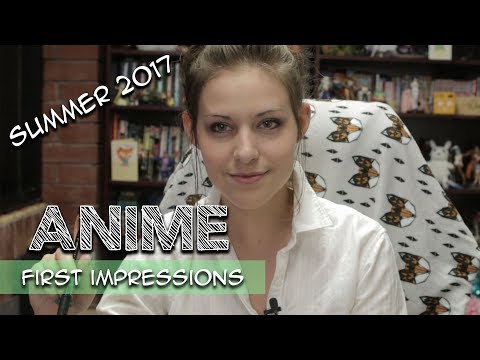 i’m definitely on board with that!

I usually watch almost everything but I’m also terrible at reviewing. So uh… I’ll just sort it by interest I guess.
This is all the currently airing shows that I’m watching, not just from this season.

I have a occasional interest in anime and watch it in fits and starts… but boku no hero academia is back, hell yeah! That first season was alot of fun, I will definitely have to check that out. Now to also wait for Saitama to come back and I will be a happy man, OPM FOR LIFE!

I prefer to wait until a series is complete and some times for the 2nd season to be done before watching anything. I just can not be arsed keeping up with series and watching an episode a week. I’ll watch a series at a time usually 3-6 episodes in a row, I find that much more enjoyable way to experience media.

Though of course doing that I miss out on any opportunity to have any sort of social experience combined with watching things, I’m never really a part of the zeitgeist or fandoms and trying to stay away from spoilers for larger things like Game of Thrones is a bit of a hassle.

I have issues man!

Seriously though I’m just sort of organized in the way I watch it. I prioritize the series I like and often do something else while watching the ones I really don’t care about. A smart person would drop shows he doesn’t like, unfortunately I haven’t succeeded in that yet.

I have done exactly the same, my last anime binge a few months ago consisted of the whole season of boku no hero academia & one punch man and 2 seasons of assasination classroom all after they were fully out.

Question to everyone though (sorry for the slight derailment) subtitles or dubbed? I personally go for subtitled mostly, but dubbed when I was younger (because that is what I had access to with shows that came on morning TV in Australia like DBZ, card captors, sailor moon & pokemon of course and shows shown later at night such as neon genesis evangelion, cowboy bebop and fullmetal achemist) don’t know why I like the japanese more, I guess I feel that’s how it was intended to be and I don’t mind doing the reading.

Dude if you have not watched one punch man GET ON THAT TRAIN. So funny and so good.

From memory just stick with it and it gets easier t follow, don’t know where you got up to but once they get to joining the hero academy its pretty straightforward. Its been a little while so people feel free to correct me.

I watch everything subbed unless it’s some older shows that I have nostalgia for. I mean I need to watch Sailor Moon in Swedish, any other way would be wrong.

only issue One Punch Man has is; no season 2! (yet), otherwise it’s awesome, coming from a guy that only watches a fraction of anime most people do, but OPM definitely is worth to indulge in

depends on the anime and quality i think
but mainly subbed,
i was surprised at how much i preferred Castlevania “dubbed”, the english VAs did real well on that i think
yogioh+pokemon always gotta be dubbed tho!

That’s MRS Dodger to you, but I’m not surprised a sloth is slow on the uptake.

I exclusively watch subtitled. I started watching anime mostly because the cultural differences, philosophy in both background, themes and media creation was new and alluring to me, so it made very little sense to me to go to the extra effort to find a version of the art that was if even partly Americanised.

In Sweden we get a lot of English spoken TV and movies with Swedish subtitles on TV so reading subs is something you just get used to early on so it was never a problem for me.

I also very much enjoy languages in general so listening to Japanese being spoken is a joy in and of itself, trying to spot differences in dialects in a foreign language I don’t know at all is fun.I enjoy the same in British TV, spotting and identifying various British dialects is a lot of fun. That’s not to say that I don’t watch mainstream american series and movies at all though, they make some quality stuff now and then worth picking up. But as with other things I tend to lag behind a season or four.

how is one punch man

I wasn’t too enamoured by it. But then I was never that much into the shounen battle genre in the first place. It’s a great parody piece of the shounen battle genre but it is also heavily part of that genre by necessity. So if you like that stuff you’ll probably love it. Compared to something like say Kill la kill which manages to interest me by the sheer ridiculousness of the spectacle it puts on, though I was rather iffy on that one too for the first 4-5 episodes.

isn’t it technically Mrs Strippin tho, or did Sam take her name and became Mr Dodger?
or all modern with hyphens and stuff

@Fraggles
Yeah, I understand that. I have a friend that does the same, it’s quite frustrating when you wanna talk with the person about the new shows but you don’t want to spoil. Since I have some memory issues, I’ll forget if it’s not recent, by the time the person watch the show I’ll struggle to remember the events in the anime if not remarkable.

For me it’s a weekly deal, mostly gathering everything on the weekends. The problem of watching a complete series is that if it’s not something that really wraps my head, I’ll probably be looking to do something else after watching a couple episodes.

@Truly
I see, it wouldn’t work in my case because I’d probably drop many in the first episode. There are shows that I can already tell I will not enjoy watching just from the previews, genre and synopsis. The only exceptions being if it was recommended by someone, then I’ll finish and give my conclusion. I also have the commitment to finish all the shows I start, with a few exceptions…

@PeteMcc
Subbed. I prefer to watch animes, movies, series, etc in the original voice, it has a nicer feeling and synchronism. Althought I love some dubbed work, the voice of some cartoon characters here is quite amusing. It’s the same case as yours for when I was younger, we all have our versions of Goku. Impossible for me to get used to the japanese voice.

Nothing. Anime is probably the only media that never interested me that much and almost anything is able to pull that off. To be frank I did watch Dragonball Z, Pokemon and all that stuff when I was very young, but back then those were just cartoons to me. When I rewatched Dragonball in my early 20s I really didn’t understand why I liked that series to begin with, whereas other cartoons, like the 90s Spiderman animated series, are still great to me today. I watched a couple of episodes from JoJo’s bizarre adventures once, because it sounded like it would be my jam (serial killer squirrel?!), but it didn’t grab me like I thought it would. I should probably watch some staples like Ghost in the Shell or Akira maybe? There has to be an anime that I’d like out there.

List: ------snip-------
how does one even find the time for such lengthy endeavors @Enki+@Truly???
last i checked the days still only have 24 hours in them each, where do you find the time, do you guys only sleep like 30mins?
i just barely had the time to get through and re-watch Hellsing + Shumatsu Nani Shitemasu ka? Isogashii Desu ka? Sukutte Moratte Ii Desu ka? (World End)
(couldn’t wait for a (maybe) 2nd season so had to get me some extra Chtholly right after 1st seas concluded 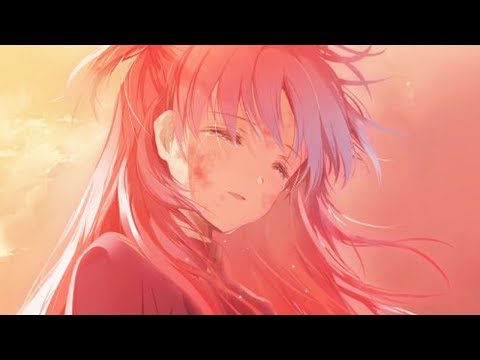 The first part of JoJo is very different from the rest. And yeah if all you’ve watched before is old kids shows I do think there’s a lot more out there that you’d enjoy.