ZIGGURAT Is FREE @ GOG.com Only 48 Hours!

“Week Two of #SummerGaming opens with a ZIGGURAT giveaway – it’s free to keep! The Painkiller-ish, Hexen-ish, frantic first-person shooter ticks all the boxes – that means magic, powerups, tons of weapons, badass bosses, carrots. All that in a rogue-lite package with more replayability than you can shake your wand at. The giveaway lasts 48 hours until June 13, 1 PM UTC.”

Thanks for the heads up, this looks like a very good game

I just bought this game on GOG a few days ago! 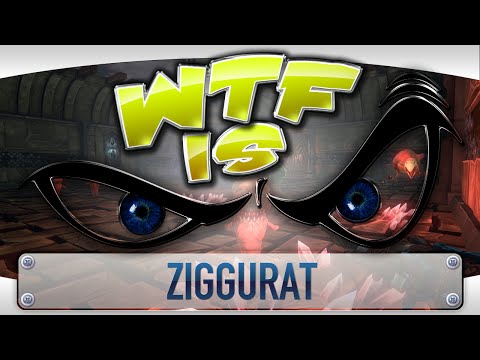 @Rhilianis, that video is exactly why I bought it like a week ago.

It’s an amazing game for ppl that like old school FPS. I love the fact that mostly every weapon is projectile based so you need to predict the monster’s movement. The only gripe I had when I played is that it’s not really that hard as some other Rogue old shool shooters like STRAFE for instance.

For the 33 hours I played with probably half a year breaks in play sessions (which didn’t hindered me at all) I have 32 out of 38 achievements and I still haven’t managed to die 50 times… which is one of them… Oh I almost forgot … “died after killing the boss” doesn’t seem to be possible if you don’t do it on purpose.

“died after killing the boss” doesn’t seem to be possible if you don’t do it on purpose.

I think it needs to be one of those kill the boss, not enter the portal, go back and step on some spikes, and stand there until you are dead? Who knows… lol…

Exactly … that’s why I’m saying it should be done on purpose … in this game if you beat the boss, you will take some dmg and the healing you get might be not enough to get you on full HP and if you left unexplored rooms on purpose to fight the boss in the first place - there’s no reason to go back and explore them, because losing health there will be harsh for the next level, which is indeed harder every time.

Wait, I didn’t think about the exp and leveling up, if you want to balance the risk of taking damage by dealing with unexplored rooms with the benefit of extra XP to level up for more upgrades, that would be worth it too…

THe funny part is that in this game everything is the same special rooms for each floor. I don’t want to spoil the numbers for new ppl, but you have total knowledge of what you are missing when you decide to go to the next floor

But yeah I completely understand someone might wanna try to make a full exploration after the boss, but I can’t recommend it. If you can kill the boss kinda fast - better not risking exploring much. You are set for the next level

Most of the times I died were, because I got greedy and happened to land on huge rooms

And btw I played the hard difficulty and each time I played it I died exactly on the final boss. Still need to complete this, but I think it could have been done a bit harder.

Wait, I didn’t think about the exp and leveling up, if you want to balance the risk of taking damage by dealing with unexplored rooms with the benefit of extra XP to level up for more upgrades, that would be worth it too…

I totally forgot about this one… and I didn’t remembered about it until I checked the achievements. Leveling up? Who needs that?!

Leveling up? Who needs that?!

I haven’t even beat the game yet… on Easy…

Though I haven’t played enough.

Main reason is that I am slow, I save and restart, etc. Each run takes about 2 hours for me…

This looks cool and I’m all for free games, but this doesn’t look like my style. Probably a pass for me.