What are some of your favorite shooters that have come out over the years? Some of mine are

I know those are some of the bigger ones, does anyone know some good indie shooters more people should know about?

Super Hot
Battlefield Bad Company 1& 2
DUSK
ArmA 3 or VBS3 if you’re super hardcore haha
Halo 1 - 3
GRAW 1 & 2
Sniper Ghost Warrior
Sniper Elite
Ziggurat
Delver
Vanquish
And I couldn’t find it but a few months ago I saw a game that was a kind of like if Max Payne was in first person but with low poly either ps1 looking style or I think quake 1 style graphics. Definitely looked interesting and VERY fast paced but I can’t remember it maybe someone else here can name it.

Edit: It’s called ‘Maximum Action’! Check it out! It sounds like exactly what you’re looking for to me! A good indie shooter that doesn’t get enough attention definitely describes this game! I mean I found out about it, liked it a lot and even I couldn’t remember the name!!! Here it is:

I forgot about super hot, that is a really good game. I heard vanquish is good but the pc port is bad, is that true?

Anyways, fav = cod mw2 and cs go as straight up shooters for me

The PC port is fine, actually. I bought it on day one.

The main complaint was that a bug slipped past where there was no deltaTime logic for the health bar. You would take a bit more damage per hit and get your health/boost back faster, based on framerate. At 144 FPS, you would cap out this problem with EXTREMELY quick boost rebuild and a 2 hit kill (for gameplay reasons, you can’t ever reach a 1 hit kill)

The big issue with this bug was a lot of misunderstanding. Vanquish is a game where you have virtually no health. You have at least two hits from full health before you die, with the critical “almost dead” hit giving you a slow motion boost… so it wasn’t the most punishing thing in the world.

It was already patched, though to be honest I felt like the extra gained speed and lower health thresholds helped the game. It kept you on edge at all times while also giving you more options.

So, yeah. I do recommend Vanquish on PC. Just understand that it’s a bit of a hard game. You’re going to die, until you get it. 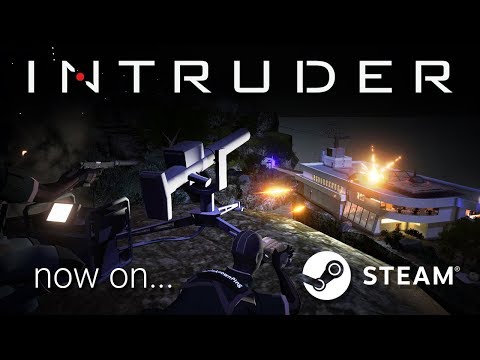 First my favorites off the top of my head:
Chivalry: Medieval Warfare (this counts, right?)
Far Cry 3
Borderlands 2
Star Wars Battlefront 2 (the real one, from 2005)
Battlefield 1 (if it decides to work and not fry my PC)
Battlefield 2
CoD Modern Warfare 2

Then some F2P goodness I can recommend to anyone here to at least try:
Heroes & Generals (WW2 shooter where the battles contribute to a grand-scale war between 3 factions)
Black Squad (kinda like CSGO but with better gunplay imho)
Ring of Elysium (pretty Battle Royale vacation)

PS:
I would have included Ghost Recon Wildlands, Just Cause 2, Red Faction Guerilla and the Sniper Elite series (or at least V2, since I haven’t really tried the others yet), but they don’t really count imho, because even though you do a lot of shooting there, it’s not the core gameplay element. With JC2, RFG and GRW kinda feeling larger in scale than your average shooter and SE being more about stealth and tactics than pure shooting.

Yeah, thats right BFV is one of my fav shooters, deal with it.

Borderlands 1 and 2: I prefer 1, but only because the “meme humor” of 2 hasn’t aged well at all, otherwise 2 is the much better game.

Timesplitters 2 and Future Perfect: Absolutely adored these games as a kid, played them again recently and fell in love all over again.

I haven’t played DUSK or any Halo game, but I’m pretty damn sure I’d enjoy those, DUSK just generally looks amazing and Halo is considered one of the classics and is split screen, which just makes any shooter instantly better, just never owned an Xbox and I’ve been PC-less since Dusk came out. :c

What i can say that first first person shooter i;ve played was Wolfenstein 3D back in maybe 1997-1998 on my Uncle’s PC . Original DooM is obviously is one of the favorites.

From last 5 years or so? DooM 2016 was something else , amazing game in every way. Wolfenstein reboot ( new order i mean ) was a blast . I also actually quite enjoyed Bulletstorm even thou it didint become mainstream hit but it’s really solid game.

Most recent FPS i’ve played and liked was Hard Reset . It’s flawed game but what it does right is capturing that old school fps feel which i really miss in modern games.

P.S I’ve just now realised that question wasnt about FPS but about shooters in general

Me too kind of at first… so you aren’t the only one!

Why is there so little mention of Call of Duty?

No shame in enjoying CoD

Of course there’s no shame in enjoying CoD, it’s just never been one of my favourites.

I used to enjoy playing Black Ops 1 & 2 with my SO, we’d go free for all with bots and it was a blast. Never really enjoyed their single player campaigns, I always found that the lack of health plus lack of mobility made me more frustrated than not.

The closest I got to enjoying a CoD campaign was Titanfall 2 if you get what I mean. On the same note, Titanfall 2 probably belongs on my list, but I haven’t had the chance to play the multiplayer.

I always found that the lack of health plus lack of mobility made me more frustrated than not.

you should try advanced warfare then, it allows for crazy mobility which is why basic COD players hated on it haha

If you wanna experience insane difficulty you gotta give infinite warfare a shot on the highest difficulty (it’s absolutely ridiculous). A bullet may break your arm and then you are fckd, not even joking