It’s not very well kept secret that i’m a horror junkie. If it’s spooky me likey!

So , any of you guys enjoy a good spook as well and would like to share your favorites? Maybe we can help each other to find some unknown gems to watch?

I absolutely love all things horror, however there has never been a movie that scares me yet. (Games on the other hand…yeah, there are definitely games that scare me.)

I do not have a favorite, but a bunch. I never can settle on just one of anything.

Nightmare on Elm Street is my favorite series( I refuse to include the reboot in that series, but I will admit that it wasn’t a horrible try and it did do somethings well, but it still fell flat.) and I also really enjoyed the Candyman series, House on Haunted Hill(1959 and 1999 versions Only watched 4 episodes of the tv series so far on Netflix, it’s…different than what I expected of a House on Haunted Hill, but it is enjoyable so far so almost no complaints here.), The Haunting(1963 and 1999 versions Also adapted from the House on Haunted Hill book, TV series seems to have more in common with this(these?) film(s) but is still different.) and Thir13en Ghosts(I have not seen the 1960 13 Ghosts.).

Those are only a few of my favorites, I would be typing well into next week if I list all of them.

I’m a big chicken but I do like ghostly tales, just not gore. That’s why although Japanese horror has some good ones, from what I’ve heard, stayed away from them. The one I did watch was called. The Doll Master. (Being me, had to watch that one.

Found a random one on Youtube call Alice, Sweet Alice - very creepy all round.

Pumpkinhead always comes to mind - you could def. call it gory - but I like the philosophical aspects of the story. Caveat: Do not start singing the rhyme, it will be stuck in your head forever. Truth.

Recent forays into Devil May Cry have reminded me of this: Carved. Another Japanese creation - think I’ll watch it again today - can’t remember it very well.

Pumpkinhead always comes to mind - you could def. call it gory - but I like the philosophical aspects of the story.

Ah the series that likes to forget its own rules.

Love that series as well regardless of rule breaking. I’ll look forward to the reboot/remake if it ever gets made as rights to the franchise were acquired in 2017 and got a writer in 2018.

This one, the original swedish version… 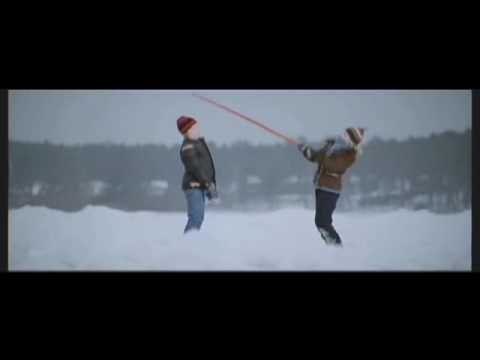 I guess it’s The Others. I used to watch horror movies frequently, but this is the one that kept freaking me out for years. It relies heavily on the montage, operator work and classic directing techniques; not sure if there were special effects, masks etc. at all. Maybe that’s why it gets me all the time: the story is creepy, but it also feels more connected to our world. Like it’s leaning on my own childhood fears and experiences that came from unknown noises, incomprehensible changes etc.

I’d like to watch something like this, but created in last 10 years at least. It’s interesting to see how preferences and creative decisions change because of time. But in terms of horror, for the last 10 years video games gave me much more x)

Have you seen John Carpenter’s Prince of Darkness?

I did. Loved Alice Cooper cameo

The original Halloween (well, the remastered version from the BluRay release) was amazing, no horror movie ever hit me so hard.
The Nightmare on Elm Street remake is kind of a guilty pleasure of mine, even though it’s widely regarded as being bad.
The first Silent Hill movie is pretty dope.
And Hereditary from last year was amazing!

Also, do Zombie movies count?
They’re not really suspenseful horror per se, but I really enjoyed the Dawn of the Dead remake and 28 Days Later.

Also Get Out was awesome.

Really looking forward to seeing Us and Midsommar!