Not a good resident evil but a great coop.

I’d argue it is a great sequel to Resident Evil 4… but PREACH!

Not much of a horror, but a better coop experience than some other coop based games.

Sonic Adventure 1 & 2. They’re either loved or absolutely despised for ruining Sonic and whatnot.
Heck I’d even throw in Shadow the Hedgehog, it has issues but I really love the dumb edgehog.

there’s always resident evil zero, which I felt was a pretty good game overall. I can see why inventory management was an issue for some people.

Sonic Adventure 1 & 2 are generally despised? Man those were my FAVORITE games growing up.

Holy shit he said be brave, not suicidal!

Well, as for me, I often dislike some business decisions to the point I refuse to give them my money, but that doesn’t mean I don’t like/could like said game, only that I feel disrespected as a consumer and therefore I’m not paying them a dime.

Now, about generally considered bad games themselves, I really like Heartstone wich, in case you don’t know, let me tell you is an uninspired, wacky and unbalanced obvious copy of half the cards from Magic The Gathering history (I game I started playing after Heartstone) but it is still a great one. And the company it’s Blizzard wich, while being the sister of Activision, it’s not literally Hitler two times a week like Wizards of the Coast.

I know it’s not really generally disliked but believe me when I tell you most players have a little to lot of hate for the game even if they play it.

Thing is, I’m way, way more picky than the average player so, within failing in some category while shining in others if often enough to drive me away since it breaks my “inmersion” even if the inmersion is just to have fun shooting something or whatever. I will think about it though, it has to be a couple for sure, probably for PSX, but opinions about those games don’t pop up like nothing, you have to ask and search.

For me it might just be the Thief reboot. I know it has many, many flaws and some of the design decisions just boggle the mind, but I still had a ton of fun with it.

well, i have to say Fallout 4 i guess, giving that it’s sitting at “mixed” reviews on Steam and has received lots of hate from the fan base, and as i’ve said before:

I’d say it’s insanely good; I don’t understand all the negative reviews and criticism. I agree the dialogue options aren’t as good as FO3 and NV especially, but rly it isn’t all that bad. Ppl are saying this isn’t an rpg anymore cuz of that and I disagree; I agree the spectrum for rp is narrower, and it’s more black&white, but i personally feel this is a great game with an insane amount of content; the amount of content is quite overwhelming imo; and the graphics and gameplay mechanics have been greatly improved, and i find the gameplay way more enjoyable because of it; i rely much more on my own aim than on VATS in this game, which is a positive in my book; the fps-mechanic is actually enjoyable here, which i cant say for FO3 and NV

and to give some perspective on how good i think this game is; i’m getting older and have already mentioned several times that i used to play huge amounts of hours when i was younger and cant do that anymore cuz i usually just play for 30-60 min once or twice a day and then feel that was enough and even felt i couldnt play for longer periods cuz i just don’t enjoy it once 30-60 min pass, and ppl know (and dislike, for obvious reasons, lol) that i usually don’t finish most games i start. Well, i’ve put 38 h in this game just in the 4 days since i bought this game, lol, and the only thing i can think of is how i want to play more and which quest i want to do next, what gun needs what improved mod next, and which settlement needs what next, lol.

already 86 h in now and cant wait to play more

The worst aspect of that game are the loading times between each area. Without that, it would have been a much better experience. I overall liked that game, tho.

They were the first 3D main games, taking a step away from the traditional 2D gameplay which they didn’t come back to until recently… it’s bound to leave some people a bit pissed.

For that I would have to know which games are generally hated! I think the Call of Duty franchise back in the day? Up until Modern Warfare 3. Played it all day, errrrrday! Other than that… Oh, Damned! Although the reviews are positive. So that doesn’t count. Ehhh, I DON’T KNOW BUT I WANT TO PARTICIPATE!

I would have to say that I really liked Borderlands the Pre-sequel.

I think the fact it had to follow Borderlands 2 means it came out of the gate with a bad rap because it had to compare itself to something that people liked so much already.

I think the Pre-Sequel and it’s a fine game, but a few bugs here and there and an awful character rooster of underdeveloped dimwits with a singular trait of personality they explode and repeat until exhaustion makes it really annoying. Whoever was the “wits overseer” did a horrible job. That on the top of bugs here and there and the worst decision ever of how boss spawned (spoiler, they just didn’t) on release was more than enough to have a bad reputation. It just lacks the ammount of work, dedication and care in both mayor and minor things that made Borderlands 2 great. You can’t switch a wonderfull placed Shakespeare refference for a silly plain australian racist stereotype and hope it works the same wonders.

I played it, but because I’m a borderlands maniac, and I’m afraid at this point I would play a Poop In Your Soup Simulator if it had a Borderlands theme.

The only game I can think of that would fit this category is Dead Space 3. I seem to have generally avoided playing too many games that have been received terribly, and If I have played them then it’s not been for long as I too disliked them. However, Dead Space 3 got roundly derided because of the move towards microtransactions and action. But, the microtransactions had little to no impact upon the game since they mostly just sped things up and it was still a fun game, albeit one that had become somewhat dissimilar from it’s progenitors. It’s definitely not as good as Dead Space, or Dead Space 2, but if and when I replay the first game I intend to do all three again. Maybe even get some co-op in on the third one too!

For me, it’s Orcs Must Die Unchained. It started out as a f2p MOBA around the same time that LoL and Dota were gaining in popularity. It’s preceding games were Third Person Tower Defense, so original fans were not pleased to say the least. In the game, you would get better gear the further you progress, so veterans were bullying out newbies. This then flopped immensely, both commercially and in playerbase (having only a 100 or so people left before the change).

In order to salvage the game, they made the game PvE tower defense again like its predecessors. They made a couple of updates since then with new maps, changes to balance and progression (far less grinding) and new map modes (a sort of pvp version).

People were still overall negative towards it and a lot of people keep claiming the game is dead, although you really just need 3 person minimum in total to be able to have a full game. Which would be like saying that a chess game with 2 players is dead as well.

After a IMO long time of support the developer had to lay off staff and stopped the updates, because the game was not picking up much more players for a consistent time period even with major updates. So I doubt they had much money flowing in.

When you compare this game to its predecessor Orcs Must Die 2 the main positive differences are:

I put in almost a 1000 hours into the game since it became PvE, so I guess it feels right to call it my guilty pleasure.

Battlefield Hardline
I actually really enjoyed this game. It may not have been like the other games military shooter themes. To me, it was a nice change and visceral greatly improved some things and added many cool features. Also, I don’t think theirs another game out there like hardline. It may not be realistic, but if it’s too realistic it can be very boring. I feel like it’s going to end up being the same for Battlefield V 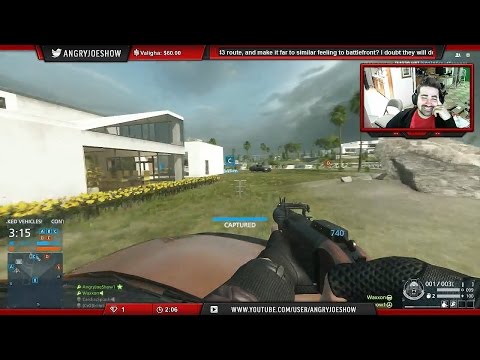 Yeah then people unlocked the RPG for your car and everyone knew where you could pick one up. So getting into a target car would be your end.

Haha yeah I did that, just driving on the edge of the map and everyone is like “ain’t nobody got time for this” and leave me alone xD