What's your opinion on review bombing?

My opinion is that they are our way to fight back against anti consumer practices. While most opinions I’ve heard say it’s bad and not to do it the truth is its our only way to directly effect the companies involved. I can see the downsides of course but the ability to effect their profits far outweigh the negative consequences of making a great game look horrible to an uninformed consumer. If they are losing money because of it they are at least more likely to cooperate with what the consumers want. I hope this doesn’t seem too one-sided and Im also not trying to say that review bombing is the end-all-be-all to fighting anti-consumer practises I truly hope that we have a better more efficient system in the future that doesn’t negatively affect the common consumer. Those are just my thoughts, what are yours?

Personally, I’m not a fan of the practice. Reviews are already pretty messy, so throwing in hundreds of people who might not have even played the game and are just commenting on the latest controversy seems a little silly. Review bombing seems to me like people misdirecting their anger. Instead of getting angry at the publisher for their shitty business practices, they’re going after the game itself (which could have been made with actual passion behind it, but the game was just soured by the publisher forcing something silly into it).

I think it’s better to express your anger on a controversy over social media. There, the message will likely spread further and faster, and more people might get on board and further spread the message of a company’s trashy business practices.

I can see why people would favor review bombing though, since a publisher is much more likely to take note of really poor reviews, and the average consumer who might not be current on the controversy might steer clear of the game because of it’s poor reviews. I just think review sites should be for reviews of the actual game, not reviews of the publisher.

People are allowed to voice their opinion and if it‘s happening in bulk due to a faulty update or whatever then so be it. It‘s not like it‘s an organized thing and even if it was it‘s not out of thin air so review bombing has the same right to exist as every other review and shouldn‘t be treated differently. Noone‘s complaining when people review bomb positively, so what‘s the point?

I would rather we have review bombing than people being unable to make honest reviews at their whim. Could you imagine it if we were unable to voice our complaints however and whenever we so pleased it?

If a review bomb happens, it generally happens for a reason. And if that reason is fixed, it almost always gets reflected in the reviews even if prior bad reviews are not altered to reflect the changes. So unless developers are lazy, liars or money grubbing scumbags, I see no reason to alter the system.

I can see your points about using social media instead but when their bottom line is suffering the investors force them to fix it as soon as possible.

Fix what exactly? if the game itself has no problems whatsoever you shouldn’t misguide people just because you didn’t like the guy behind it.

To me review bombing is akin to a child’s tantrum, his opinion may be valid but can’t find a way to properly direct his anger on the issue so he just goes for whatever is in front of him.

And please note, I’m not saying people shouldn’t voice their opinion or concerns, but killing the pet because the owner is an a-hole won’t make things better, if anything, it will worsen the situation for you as well.

Here, have a more or less relevant video. 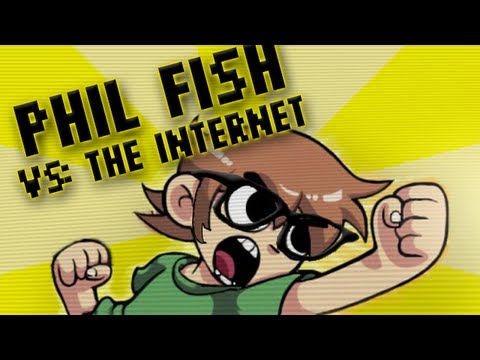 I used to feel similar to @MrBonesWildRide, but lately and especially after reading about Epic’s Game Store Opt-In practices (want support tickets? Tough!) I’ve changed my mind. The only way these large companies learn is if they get hit in their pockets, and if this mass wave of public furore shows anything it’s that by working together we can keep anti-consumer moves in the spotlight. So long as those bad reviews actually contain some game information and are changed at a later date if this gets resolved…well I’m ok with it.

When I said ‘Fix it’ I wasn’t talking about the game itself but the scummy business practices behind that game.

I know, that’s what I reiterated it afterwards with “if the game itself has no problems”

That’s how I see it, after the problem in the eyes of the consumer is fixed MOST people can be reasoned with. A vast majority of people are reasonable.

I can see it from your view and if we lived in an ideal Society I would agree with you.

Sorry dude, but misguiding someone to unconsciously agree with you is as unethical as these supposed anti-consumer practices are (some of them aren’t, but people are more finicky nowadays

honestly, often it’s old games that are review-bombed, and so i feel that’s not rly going to affect the sales numbers of that game to an extent where it will hurt the studio anyway, so i think it fails to actually achieve anything

ofc the opposite can be said for brand-new games, but that’s not so often the case

in any case, i personally dislike the practice as i feel it misrepresents the game while reviews are supposed to give u an idea on whether u’d like the game or not… so i think social media is a more suitable way to make yrself heard too, or voting with yr wallet ofc

I think that’s an excellent way to sum it up.

Those are really good points, I guess I just see that as an unfortunate casualty of the practice.

I understand it’s not gonna make me popular but just know my intentions are nothing but good. I don’t know about anyone else but I would never review bomb a game because I didn’t like someone even if they were an a-hole. I see this as our only way to directly effect the company involved that absolutely has a lot of consequences and side effects but those are necessary for us to be able to not just to voice our opinions but to push back. If we just vote with our wallets/boycott (which there is nothing wrong with doing at all and I see it as our other option) then the average consumer would see that it’s a good game and that’s all when really what the companies are doing are more important than ever. I would love a world where the only thing that matters is if the games are good but in a world flooded with microtransactions, lootboxes and even pay to win systems in full price games we need our only way to push back now more than ever and shouldn’t give it up willingly.

I dont want to seem obnoxious or that I believe I’m completely right and everyone else is completely wrong. Maybe I’m just an entitled, naive gamer but I try to educate myself. Which is partly the reason I wanted to start this topic to get different perspectives. So while we disagree I fully respect you opinion.

I approve of review bombing because of situations where games are released, they get the good review scores, then the developers update/change something important about the game, and then the community gets mad.

Some examples are adding p2w elements, inappropriate micro-transactions, DLC where content was obviously cut from the original game, etc. These are good reasons for customers to let the developers know that these actions are not ok and to warn new consumers that it is in the game.

What I don’t like is review bombing a game because a developer said something mean on the internet. Or something else ridiculous like, don’t buy the game because he cheated on his girlfriend. If it doesn’t involve the game, that is no reason to review bomb.

Thankfully the bad reviews tend to tell exactly why they are angry. So its still useful to read them and still decide if you want to purchase the game.