What was the first game that triggered your first emotional response?

The first: Friday the 13th for NES. No it wasn’t Jason… It was the faceless camp counselors! UGH, still creeps me out!!

The other was kind of weird… When my brother would play Mike Tyson’s Punch Out for the NES, I was apparently terrified of the Statue of Liberty. I mean I would RUN OUT OF THE ROOM, SCREAMING AND CRYING when I saw the training scene of the game.

YOU DON’T SCARE ME ANYMORE STATUE! YOU HEAR ME!!!

It would have to be Baron Von Blubba showing up when you took too long in Bubble Bobble. Scared the crap out of me ( I think I was 6 at the time).

I don’t remember which of these came first, I played them around the same time, when I was 8-ish I think.

In Putt-Putt Saves the Zoo, there’s a pong-esque hockey minigame against a polar bear. When I first sent the puck between the bear’s legs, I thought it was the funniest thing ever.

In Pilot Brothers: On the Track of Striped Elephant, there is a puzzle you have to solve to unlock a refrigerator. I was never any good at it and would ask mum for help most of the time. So, it made me frustrated, and it also made me sad and disappointed in myself that I couldn’t solve it. …many years later, I wrote my own stand-alone version of that puzzle with a difficulty slider just to practice it. I still suck. 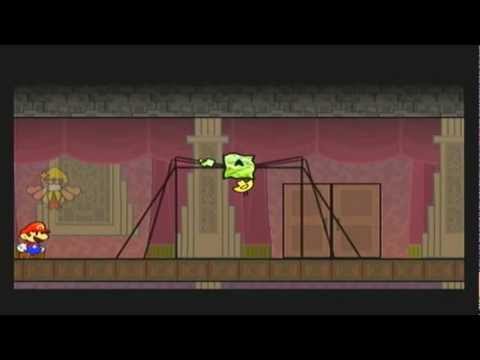 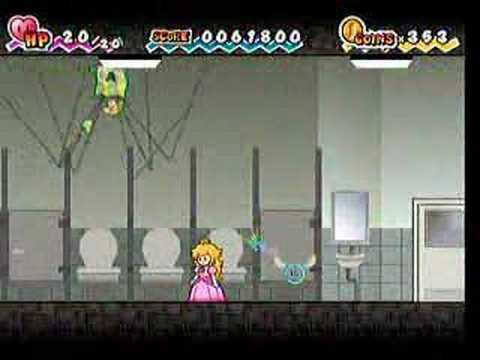 There was obviously a lot of buildup to this point. In this world, you meet Mimi early on, before knocking over a vase that she proceeds to tell you was worth some absurd amount of in-game currency. The goal of the level: you’re now her slave. I kid you not. Work your way out of $10000000 in debt.
It was a pretty neat level. Basically, you worked your way up in wages by talking to the “right guy,” further increasing your income. Eventually you found a quick way out, so you present the money to her and… she explodes? She appeared again during the final stage out of nowhere, and once again… expectations were subverted. Horrifyingly.

After the point where you ran into her, you had to spend that entire level looking for the person she was pretending to be earlier. After that scene, if you spent too long in a room you would see the “MIMIMIMIMIMI…” text box show up and she would appear in the room. Just… awful.

So… yeah. Definitely, uh… something… I’ve played. Still one of the best in the series, though! I’m not sure how I feel about spoiling that bit, but it’s an old game and there’s plenty more where that came from. That game had some VERY original character designs. That one just really got to me as a kid, for obvious reasons.

The earliest one I believe was when I was 7 and tried Starcraft for the first time on my cousin’s PC. I was bored one evening and asked my aunt if I could play something on the computer, and she said yes. So I looked through it looking for any games beside Solitaire and Minesweeper and found a game with a space ship as the icon, so I HAD to try it. Started up a campaign, and thought the Protoss looked really cool so I started with them. Aaaaaand in the first mission, when Zerg popped out of the ground they scared the absolute crap out of me and gave me nightmares for two weeks XD.

Probably the detailed gore screens that appeared when you died on Elvira: Mistress of the Dark. Ewww.

Club Penguin made me cry. I am not kidding.

Soccer and absolute boredom.
In 2nd grade all the kids (or the parents thereof) in my class decided to start up a soccer team and I was mostly press ganged into joining up and be the goalie because no one else wanted to. So I ended up standing there mostly bored interspersed with intense moments of fear as the opposing team threatened great bodily harm to me if I didn’t let them score, so I did.

I hated grade school sports, so I definitely feel you! In fact in 2nd and 3rd grade we had a week of mandatory swimming lessons. The first lesson was holding your head underwater for 10 seconds. I must’ve counted too fast, and popped my head up at like 8 seconds. The teacher they had giving the lessons literally said, "NOT LONG ENOUGH! ", and just held my head underwater for another 10 seconds before I was able to even take a breath. So when I was able to bring my head above water, I was pretty much choking and crying. Was called a crybaby by the entire 2nd grade class. I told my mom I was getting sick, so she wrote me a note for the rest of the week that I couldn’t participate. Had her do the same thing when 3rd grade came around.

So glad I reopened those wounds!

Club Penguin made me cry. I am not kidding.

Make their answer mine and let’s be done with it.

blah, I can tell you from personal experience that the best goalie is the one that has suffered bodily harm (maybe blocking a shot with your balls, or having someone almost break your leg when you move the ball out of the way and they ‘forget’ to abandon the shot). After that, NOTHING will get past you for the rest of the game. The fact that nobody tries to get in front of your shots for fear of getting hit with a ball filled with righteous fury also helps your team win quite a lot.

I am often a bit emotional with things but I remember one recently with Minecraft Story Mode episode 4, for those who have played or seen it, you probably know when, but I am not prepared to spoil anything for anyone who hasn’t experienced that episode.

Rage is an emotion and I suppose everybody here had at least one frustrating part in any of their first games…
wait, happiness is also an emotion, so literally the first game I had did that

i think my first truly emotional response was Metal Gear Solid
not to say there wasn’t other games/earlier that made me happy, angry etc, but this is the one i can “remember” because it was so intense, and struck several chords

on my first day of play struggled with MGS because of time constraints, leading to some frustrations and “rushing” too much
the next day i had no such issue, and could start over from scratch (was kinda forced to anyway because “someone” wiped my save slots

)
and i had to play it through in its entirety before calling it a day.
Some 15ish hours later i was in tears.
“forced” to brutally slaughter a bunch of wolves(didn’t know any better), and then finishing off Sniper Wolf, -and failing to save Meryl, being left with her corpse

I was so so sad, felt guilty for failing, angry at the “evil guys” etc etc
I had to vindicate myself, i had to make it right, and i had to save Meryl!
(i had hoped could somehow save Sniper Wolf too, but alas no such option)
so after a very short nap, i started it all over, extra careful, not hurting any pups, unable to avoid killing Sniper Wolf still tho

,
but, this time i saved Meryl and rode a snowmobile off into the sunset!
-So happy, tears of joy, cliche, but i’m sappy and like that stuff, and i don’t gaf it wasn’t canon, that’s my ending

so after a very short nap, i started it all over, extra careful, not hurting any pups, unable to avoid killing Sniper Wolf still tho

but, this time i saved Meryl and rode a snowmobile off into the sunset!

-So happy, tears of joy, cliche, but i’m sappy and like that stuff, and i don’t gaf it wasn’t canon, that’s my ending

Hey, if you act like a total weird hipster and/or don’t own a PS3, the series up until 3 will never contradict the fact that Sniper Wolf is alive. 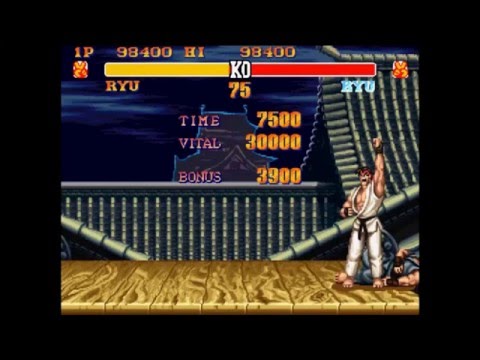 Thinking back, I’m sure it’s not my first emotional response to a game, but I did have some serious ups and downs with Final Fantasy Adventure on the old brick boy. I think it was the first game I played that had a fair amount of permanent death and characters having to deal with loss. There were a few points in the game that really got to me.

That translation though. I went back to it a few months ago and wow. Just wow. The fact that there’s a character that refers to himself as Dark Lord…

So… yeah. Definitely, uh… something… I’ve played. Still one of the best in the series, though! I’m not sure how I feel about spoiling that bit, but it’s an old game and there’s plenty more where that came from. That game had some VERY original character designs. That one just really got to me as a kid, for obvious reasons.

I remember Mimi. And Francis and his whole deal. What a game.

ooo I forgot about the walking dead game series, that also hits some nerves all over the place, must be something with Telltale games in general though.

que?
am i missing/forgetting something, Wolf is still dead in guns of the patriot no? (and it’s meryl that returns out of the blue)