What was the first console / system you first ever played?

For me it was either Intellivison or Atari 2600.

For some reason the Intellivision really sticks out though. I can vividly remember playing SNAFU, Frog Bog, Thunder Castle and BurgerTime. I remember watching my Dad play B-17 Bomber and Bomb Squad with the Voice Synthesis Module, Advanced Dungeons and Dragons, and Tron.

The only thing I remember with Atari 2600 - Frogger, Pigs in Space, Snoopy and the Red Baron, and Cookie Monster Munch.

I luckily still have my collection, and at least with the Atari I can use a Sega Genesis controller 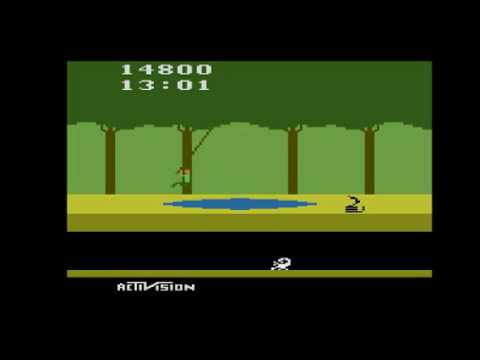 My brother’s Sega Genesis Model 2 & SNES. & My first handheld was a Gameboy Advance in pink & my first console i ever owned was the Original Xbox.

PC, I remember the Abe’s games, Little Big Adventure 2 and playing with MS Paint like… painting everything black and then effusively erase it or just scribble around (I did that a lot so I’m counting it)

I have fond memories of playing Roller Coaster Tycoon 1 on an old family pc - although I’m not sure if that was before I got a gameboy color. Console-wise, it would be the Gamecube. Man, there were so many great games for the Gamecube.

That was the best part of playing Super Pitfall for SNES, when you were able to go into that secret area to play this!

Vi-Tech for handhelds, if that counts lol.

Duck Hunt on the NES

ZX Spectrum - Fond memories of this -

and first console was this. Pong 'til I die.

Disclaimer - I am not ancient. The Bingo TVG-203 Pong machine was a raffle prize.

Dang, I feel like a baby in this thread. The first console I played was N64, but the first one that was mine was GBA. Fondest memories are with a friend’s GameCube though, we used to play Sonic Adventure DX even though we never left the first stage lmao. Good times.

A good old laptop, I remembered the struggle to just connect to the public internet to access any browser games

There was a pong console too, but there are so many and I can’t recall specific details.