I want to make video games for a hobby. The problem is, I don’t know what people want to play. I was wondering what games you want to play.

There are two types of game-makers: those who want to make something for others, and those who want to make something for themselves. The latter are typically the happiest. If others manage to like something you made for yourself, it’s just a happy coincidence. For example, a local dev team here made a game called ‘That Dragon, Cancer’. It was made by a grieving father to tell a story about his son and the struggles with life. It was an outlet for him to talk about something, and was critically acclaimed. It was not made for others. So, I would suggest making a game that YOU want to play.

I wouldn’t mind playing a puzzle game with an original concept (no physics based puzzles though). Make a sequal for The Talos Principle, Catherine or perhaps a new Layton game

? With that said, I usually don’t know what I’d like to play before I happen upon it. Like @Whitishmink said, you probably don’t need to do too much market research as a hobby developer.

Try participating in game jams. Even if you have no idea what you’d like to make the theme alone can be enough to inspire you to make a game. Even better if you want to try out something and are then able to combine it with the theme to create something unique and hopefully fun too. It’s also a surefire way to get people to play your games. It’s easy to get burned out though if you compare yourself to others too much, so try to have a bit of fun at least.

Next Ludum Dare is coming up in december, but of course there are smaller jams being organized in the meanwhile. For example Open Jam - itch.io is being held the next weekend!

Edit. Also, if you’re just starting to learn about making games cloning the arcade classics is an obvious first step. Give them a twist and make them yours while you’re at it.

If you want to make money it might be a good idea to look at the market. But yeah that’s not a guaranteed success and you might still be better of just making whatever you think is a fun idea.

That being said I want another OutRun type of game! No one is making them and the demand seems basically non-existent, but at least I’ll buy it.

@nassi Summed it up nicely. My first game was an Oculus Rift game at a Game Jam, and it was fun, and you learn a ton in the 48 hours. Way faster than self-paced learning, or even educational establishments. Plus, you get to meet other people who may know more or less than you, and you can move from student to teacher in the same conversation! Plenty of Game Jams around, too.

Thirding Whitishmink, make the game you want to play. You’ll be happier working on it, and you’ll make a better game in the end. Marketing your game is going to be hard no matter what, so you might as well make something you can get really excited about.

Most of the time, players don’t know what they want anyway. They often think they want “more of X” where X is [whatever the last thing they enjoyed was]. Yet when they get it, they won’t want to play it because they already have X and this new thing is redundant (or, the worst but most likely case: it is inferior to X). Give players things they didn’t know they wanted!

I also Nth the suggestions to try game jams. I’m not a fan of them personally because of the way I like to work on things, but if you want to learn a lot quickly and try out a bunch of different ideas, they’re great.

i’m gonna agree with @Whitishmink too

seems a general “rule” is, if you are having fun, the chance is others will too

the problem with (some) big publishers is they try to please everybody, (which is impossible), so many stick to a set formula (not kidding), crossing off check marks and boxes as they go along because focus testing said “this is what people want to play”,
and then it turns out it wasn’t. It might sell (because hype or marketing), but usually doesn’t get enjoyed that much among the people and forgotten.

And then some indie team, or 1 person project comes along, and pour their heart and soul into something they liked/wanted, and it shows.
And sure it might not sell as many copies or get the same spotlight, but the people had fun too, and talk about it years later with fond memories

lets take an example, 2012
Medal of honor Warfighter (the epitome of formulaic and checklist game, that the people “wanted”)
vs
Journey, Dust an Elysian Tail, FTL, Mark of the Ninja, Spelunky, Chivalry medieval warfare, or even Dear Esther. All in the same year

make the game you want to make (big or small, up or down, silly or casual etc), if you like it and have fun with it, the chances are others will too, even if it’s not for “everybody”

Do me a favor and remake Final Fantasy Tactics, since Unsung Story didn’t work out so well… 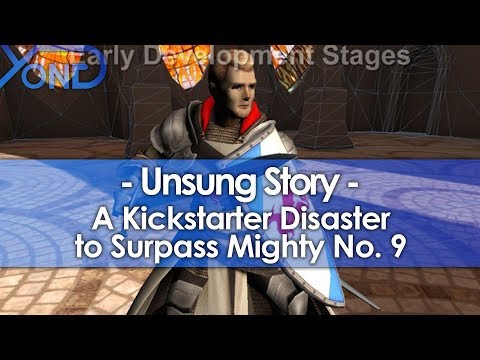 Seriously though, listen to @Whitishmink. The mink is very wise.