For me it was XCOM Enemy Unknown when it was given away as a Freebie for participating in the 2013 Golden Joystick Awards. At first I was unsure if the game was something I’d like because the screenshots I’ve seen of the game at the time made me think the game was a First Person Shooter. But when I booted it up for the first time and saw first hand that it was a turn based tactics game, I was hooked instantly. I did had to learn about the game’s cover mechanics, but as soon as I learned the ropes so to speak, other turn based games that don’t have a cover system like the Super Robot Wars games no longer felt that difficult.

I thoroughly enjoyed XCOM EU that I bought all three of its DLCs right off the bat without even waiting for a sale discount. I also bought XCOM 2 at launch. And Chimera Squad at launch too because it was cheap and was also given a 50% discount before and immediately after launch.

Well if we are talking about impact in my life there’s two games, Mount & Blade Warband and Empire Earth, The first one because i spend a HUGE amount of time playing when i was a kid and the other one because was the first game that i’ve played and it was with my father.

The thing is when i was 14 my parents gave me my first laptop and i found the demo from M&B Warband on a page and i install it, the only problem was that its was only a demo and you can only reach the day 30, then you can’t play the same profile anymore, so i decided to look for a patch that would allow me still playing (Yeah, i know, thats piracy

but i didn’t know back in the day) and during the years i still playing, off course i bought it to make honor to all those hours playing.

I guess my title needs a bit more tweaking. What I meant was a game you received for free from a giveaway and not something gifted to you. Free demos and F2P games don’t count either.

As with my initial post, it was a game given away as a freebie for participating in something. And boy was that ever a freebie… A triple A game freebie

yeah i got confused

, was interesting to write and WHAT a freebie did you get

Another less impactful freebie I received was the The Sims 2 Ultimate Collection over at Origin. I say less impactful because I have been a The Sims fan long before I got that freebie over there. The SIMs 2 WAS the first PC game I installed on my first computer back in 2007. My copy of the game and its DLCs were pirated copies I admit same with my first copy of The SIMs 3, but did want to go legit when I first learned of Steam so I did with TS3 at least. Then I finally had a chance to go legit with TS2 when EA decided to giveaway the complete TS2 pack on Origin when TS4 came out so I nabbed the opportunity. Incidentally though EA did gaveaway TS4 again, albeit only the basegame, so I nabbed it too

And another is Deponia which I received from one of BundleStars’ giveaways. I loved the game as well so when the Trilogy was sold at a decent discount I bought it too.

In 2014 Bioshock Infinite was the freebie given away by the Golden Joystick Awards and because it was a genre I wasn’t interested in I skipped participating.

The Big Red Adventure.
Got it with a magazine on a floppy disc, just a demo though. But it was the game that opened my eyes up to the point and click adventure game genre and would introduce me to so many other wonderful games. No internet back then and no stores in my little town that sold games either so buying new games was hard and expensive as it entailed traveling some ways. Buying something you didn’t know you’d like was just not a reasonable risk to take. This time I had something to ask the shop clerk for at least, recommendations for great point and click titles and I came home with The Secret of Monkey island.

They didn’t have Big red adventure in stock and to this day I still have not played the full version of it.

Hacknet (free from Humble a couple years back) taught me how to use a command line. Super useful skill.

I Forgot about freebies you got from Gaming Magazines, yeah those count too. Too bad some of those accidentally shipped with viruses at times… I still remember a few of my friends catching the Chernobyl or CIH virus that way 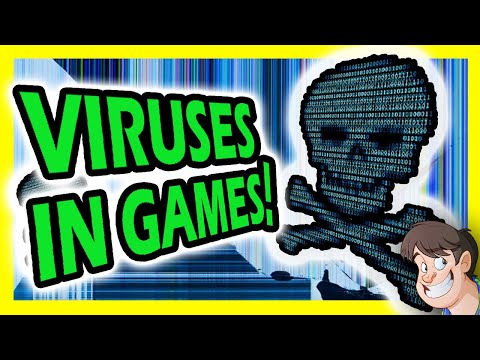 Bioshock (GameFly giveaway 11/08/12). The very heartwarming, bittersweet ending made me cry, and I thought it was the best ending I’ve seen yet in any game.

Xenonauts. It’s one thing for a game’s challenge to come from clever level design and enemy placement, but it’s another for it to come exclusively from fog of war and unfair hit chances. There’s a cover system, but it literally only affects said hit chances as well, and not by all that much. My introduction to tactics games was Advance Wars, so I never knew they could be this bad, let alone have people who somehow like games where you can do everything right and still lose. It’s even worse than Dark Souls.

I paid for Xenonauts like the fool I am. I didn’t last 20 minutes.

I paid for and played Xenonauts for a good long while, enjoyed myself pretty well with it too. In fact the main reason I lost interest and didn’t complete it was because I was getting too overpowered towards the late game and things just wasn’t that much fun anymore.

Although I should say I played the game many years after it’s release so I don’t know what sort of rebalancing it might have seen before then.

Xenonauts is a fan reimagining of X-Com UFO Defence because fans of the original weren’t that too impressed with Firaxis’s take on the XCOM franchise. Although I didn’t like X-Com’s panic mechanic where panicked soldiers can turn against you, unlike on Firaxis’s take where they just cower in fear and sometimes shoot blindly.

I played the game many years after it’s release

I played it last month.