not sure this thread is a good idea, lol, but hey: 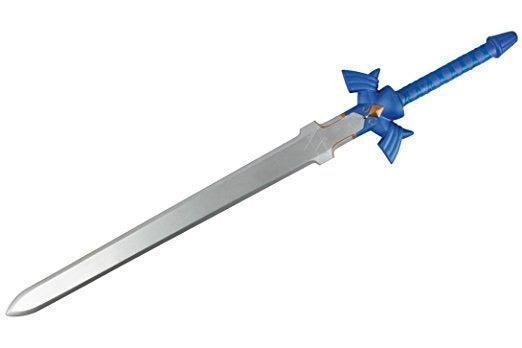 Roommate Gets Assaulted With a Legend of Zelda Master Sword, Leading To Arrest

We understand that people get in fights pretty often – generally over useless squabbles that can [...]

not sure this thread is a good idea, lol, but hey:

How about this one…Got this from Kotaku.

The Creatures of Dark Souls Look Silly While Falling

Players digging through the animation files of Dark Souls have found some very funny falling animations for creatures that rarely fall in the game.

A user named DarkSoulsJunk has posted an album of gifs made from some little-seen fall animations from Dark Souls enemies. They are, in a word, hilarious. There’s something fulfilling about seeing basilisks and titanite demons reduced to silly postures and flailing after all of the times they managed to ruin my day while I was playing the game

Here are ALL the creatures. Just click on the pic…
https://imgur.com/a/pyTAK

I really appreciate the Everlasting Dragon and Butcher animations. Why they’re so funny to me, I have no idea.

Mushroom Child is me trying to fall asleep and f(l)ailing.

Anyway… here are your news:

Sorry for ruining your childhood.

For some reason Mario punching Yoshi doesn’t bother me so much. I always just equated it to him tapping a horse on the neck, so it never seemed violent when I was a kid.

I know this isn’t gaming but thought this was cool in a weird way.

Wonder if @Inferry was there… (Not picking on you; just making a joke…I Hope.)

We could call this pic…Where’s @Inferry? So NOW…
It fits in the thread…Kinda fuzzy logic!

i really liked Toei Animations response to that event

curious i tried to google translate a bunch of replies, as people thought “this is sanctioned/done by Crunchyroll, crunchyroll has the rights, so why would it require authorization from Toei, and why are Toei sorta saying Crunchyroll now isn’t an authorized broadcaster(when they are/should be)”
even crunchyroll appeared confused by Toei initially

anyways, i gave up on trying to figure it out/sticking around for an eventual answer/solution to translate, -but was an interesting thing happening, and how it seemed to confuse a bunch of people/fans
i wonder what the real answer was/turned out to be in the end

People are getting together to watch a TV show…not hurting anyone and having a good time…for crying out loud.

Makes sense…
Considering that most kids grow up with these controllers in their hands, it is not surprising that recruits can step right in and control the photonics masts with little or no training.

This is not the first time the US military has used video gaming equipment for practical applications. Back in 2010, the Air Force Research Laboratory linked 1,760 PlayStation 3 units in a parallel array creating a supercomputer capable of 500 TFLOPS. The computer was used to analyze satellite imagery.

My only question is, did the Navy actually use a $20 off-the-shelf Xbox 360 controller, or was this a “specially-made” version that Microsoft charged the taxpayer $1.3 million to “build?” The US Navy launched its latest attack submarine on Saturday. The USS Colorado is a Virginia-class vessel based at the Naval Submarine Base New London in Connecticut....

As sad as it is, I wasn’t there; I’ve been in a tiny little town since last Friday, I didn’t even know about it

@Gnuffi for what I get, Crunchyroll is for domestic use, not en mass steamings, and for such a big event, Toei wasn’t notified of it at all, which prompted that response, but apparently got sort it out before the event, so is all alright.

Games are hard to make which means that sometimes you have to get a bit creative to implement everything that’s needed in a given game. For example, if the engine you’re using doesn’t handle vehicles so well and you need to have a train in your game, what do you do? You make the train a wearable hat of course