nah, this game is actually rly good and that’s an insane deal; had i not watched a complete playthrough on release I would’ve definitely bought it at this price

it’s apparently 90% off other places too 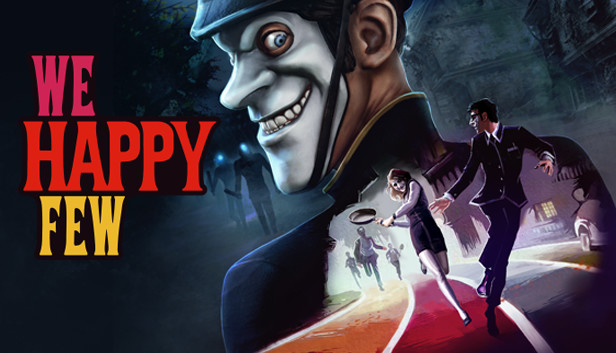 why do you not like them? and which store would you recommend?

because from being an actual legit store, it’s the only store i’ve had problems with (keys not working),
and at some point they started to add hidden fees and currency conversion to checkout, which isn’t even allowed in EU afaik, but also pisses me off on “principle” by not being upright about their prices/ex making itad “useless”, and that if it wasn’t for something like paypal you’d never even know you got “fleeced” paying a little extra
so “poor” personal experience, and i dislike their pricing/payment model now

-just overall many better options (for me) and i’ve not been interested in their bundle offers either, let alone individual game discount enough to reconsider since

and as far as other store recommendation, “anything else”,
well maybe not gamergate,
but GmG Wingamestore, even Voidu i’ve had less issues with and 0 qualms about, 2games i’ve only tried once i tihnk
and ofc Gamebillet, Gamesplanet and Fanatical seem to always be solid too,

it’s the only store i’ve had problems with (keys not working),

But to be fair I got the key for free that time I did their quiz thingys and they gave the credit. That was a while back though.

sounds like you had an easier/quicker time getting the key issue sorted, and that even despite being free…

I also stopped using IG for routine purchases unless there’s a really good deal when I activate the key right away. The ones previously purchased seem to have a high number of duds, it seems that if you have a key that’s unrevealed in their site, it often gets reshuffled into another sale, and if it’s used already, you get a generic response of “please activate your keys right away after your purchase, we cannot guarantee replacement keys” if it’s outside of a week or two. The ones I have revealed and saved for later seems to be mostly okay, though still had a few duds, but the unrevealed ones, I was getting about 50/50.

Uff that’s a lot of negativity towards IndieGala .

I think i havent bought anything from them so i dont have any ‘stakes’ in this . Just saw arguably good deal and shared it here. I’m not promoting them or anything.

I’ve only really bought Steam keys from HB, Fanatical and Gamesplanet, but they seem to be solid in terms of responsiveness. I didn’t buy anything from IG, but always felt scumminess from them, good to know I was right

Don’t worry, we know you are not promoting them, and it was indeed a good deal.

I saw the warnings about IG and wanted to share my experience a little bit in the issues I have had with my keys. Granted, some of my older keys were a bit old, maybe 2 years, but still, when they were not revealed on the site, I just figured that they were safe. It could also be the developers as well, if they take the same batch of keys they gave to IG and then go to sell them elsewhere, hoping that there are some that weren’t used, so there’s potential for double dipping there. Though incentives are really low for developers, because it’s not like physical copies, they don’t cost anything to generate another set of keys.

I did buy some bundles from them that later had games removed from Steam altogether. I think maybe there were some shady developer/publishers in those groups.

As for their good deals with the cracker jack deals, I have never had any problems with those keys when I have made my purchases, just to clarify. Those ones I always buy and activate right away, so there’s no question or concern about it. And IG support is quick to get back if there are any issues with replacement keys if you do try to activate the key shortly after purchase if there are issues.

I’m not promoting them or anything.

Hey, it was a good deal.