For me I wouldn’t get one just because I like the original IP, but because the mechanics are solid, and out of these list I would have probably considered Kingdom Rush, even though I don’t play the mobile games, but it seemed a bit pricey for me.

I was about to say that you need to add Bloodborne and Dark Souls the board games, but you already added Bloodborne

There’s also a Bloodborne card game, 7th guest board game, .hack//ENEMY and a handful of 8-bit invaders/action hero/gangster games. I’m pretty sure there’s one or several tetris inspired ones as well but I can’t be arsed to go look them up.

Also I hear they made a card game out of those pokeymans games.

You can also find the card minigames from a few Final Fantasy titles if you want them both Triple triad and Tetra master has print versions available.

As for my opinions on these games. While theme is a fairly important part to board games, the mechanics are of course the primary interaction with the game. Can’t slap a known brand onto a boring game and hope that makes it fun, even if it might sell a few copies on hype alone.

Can’t slap a known brand onto a boring game and hope that makes it fun, even if it might sell a few copies on hype alone.

One word my friend that proves you very wrong, MONOPOLY!

IMHO: I tend not to be overly interested in board games based on videogames, because I would rather you create unique mechanics in a board game to create a unique experience, not try to duplicate an interactive experience that exists elsewhere in a new medium.
I have no issue with a game maker using the well detailed world/feel of a video game to give more depth to a solid experience, but if you are just trying to make something that already exists I get confused why you are trying to make an imperfect copy of something… This goes also for video games based on board games (Look at Space Hulk versus Deathwing, one is just a video game version of a complex board game that is improves upon the experience of the board game by getting rid of a lot of the bits that stand in the way of a good experience, while the other uses the skin of a well established world to cover a game experience that can be good, but otherwise is lackluster).

Game that immediately spring to mind: Gears of war (the board game).

I don’t get it, monopoly has never been a good game. Doesn’t matter what theme you paint it. 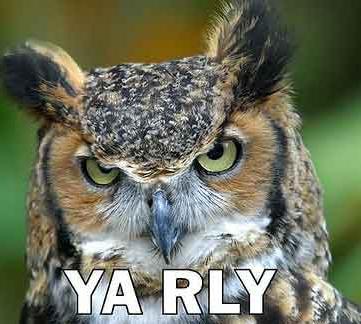 I really really really adore Gremlins Inc. Truly I’m very obsessed about it. I’d absolutely buy a physical copy of it! Only downside is that I’d have to swim all the way over to Europe to HUMILIATE a certain someone… @Vandem… cough…

Have to mention that the gemilns inc game isn’t a full representation of the video game, its a paired down card game version from memory

It was also canceled according to that kickstarter page. It’s a little weird that they didn’t just go ahead and print a full proper board version though. The game is a perfectly functional board game already and there’s really nothing to it that couldn’t be done manually.

Although messing around with the money could get tiresome quick, so many small and oddly sized transactions.