Various accounts in a same IP

So, my brother has bought a new PC and I showed him Chrono.gg so he can get Steam games for free. But, does the web block the bonuses so we can’t get the same bonuses as independent users? I mean, he says that the streak pulls back to 0 constantly althought he clicks everyday, and I think my streak doesn’t move too. It’s just our impressions or we can’t have two accounts on the same IP?

in case Chrono/@lonin doesn’t get back to you “quick’ish” enough,
maybe it’s something support can assist you with too and help figure out; help@chrono.gg

No you can not have several accounts on the same IP. Since chrono can not at the moment determine weather or not you’re just creating multiple accounts yourself or there really is a brother.

Now we know that a lot of people have brothers and also sisters, therefor Chrono has been working on creating an additional verification system of some sort. This system has not yet been completed. Continue collecting coins if you wish, but in all likelihood neither you nor your brother will be able to buy anything until the new verification system is operational.

Ok, so if he stops collecting coins, I will be able to buy things again?

Every time one of these posts pops up I get a moment of paranoia that one day my brother is going to discover this site and ruin everything for me. A couple times I’ve been meaning to ask him about it, just in case, but what if he has no idea and in asking him the prophecy comes true and I Streisand myself…

So, I can’t use Chrono anymore?

Yes, you can still collect coins, you can still buy the daily deals and obviously you can still enjoy our most amazing community here on the forums. You can most likely not however buy things from the coin shop, I can’t know for certain though. But don’t be surprised if when you try you get a message saying something like “Hey! Looks like something went wrong. Please email us at help@chrono.gg”

you can, but wait until you hear from support or @lonin about how to proceed with yours/your brother’s account
and in the meantime there might be some slight/smaller snafus (do not try to sort it by making other/more accounts)
again contacting support with an email to help@chrono.gg on how to handle this would be your optimal solution, or wait until you hear from chrono staff on the forum

The concern is really whether those who are assigned dynamic IP’s by their ISP might get the short end of the stick if multiple users have a shared history of addresses. Unlikely but possible…

I doubt that’s a problem. You wouldn’t see several accounts log in from the same IP consistently. You’d only have that problem if you ran a strict hair trigger ban of first possible sign, which I doubt would be the case. If you see one ip log into 2+ accounts over several days then that’s something to look into.

It would be highly unlikely that an ISP assigned one IP to a small group of people all using chrono and all logging in to lease the IP and log out consecutively and that the ISP released the IP so that the next user got the lease and then that IP remained leased or unused until next day when the process miraculously repeats. It’s just not likely that several separate users would be assigned the same IP long or consistently enough that it could be confused with a single user/family using multiple accounts.

aaaand poof this became too high tech convo for me 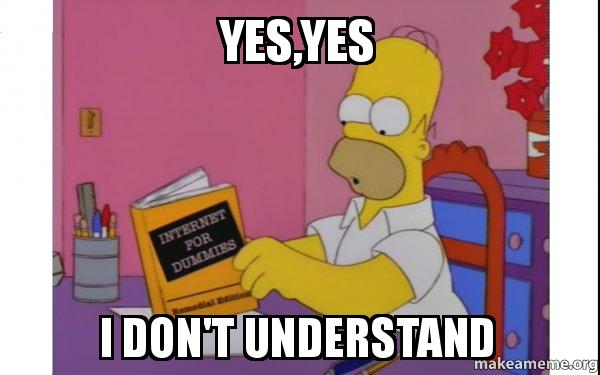 Like i said it’s unlikely (highly so as you state) but after witnessing some of the IP shenanigans that took place on Gamefaqs boards years ago it’s something that I’ll always consider whenever I log into a site.

So, I emailed the support but nothing happened. How many days does it take to be answered?

varies (+chrono isn’t a huge company with thousands of support staff)
and given the recent incidents, support could possibly be a little be swamped right now, so give it a little patience, and maybe in the meanwhile one of chrono’s staff might eventually comment in this thread or pm you directly in due time too