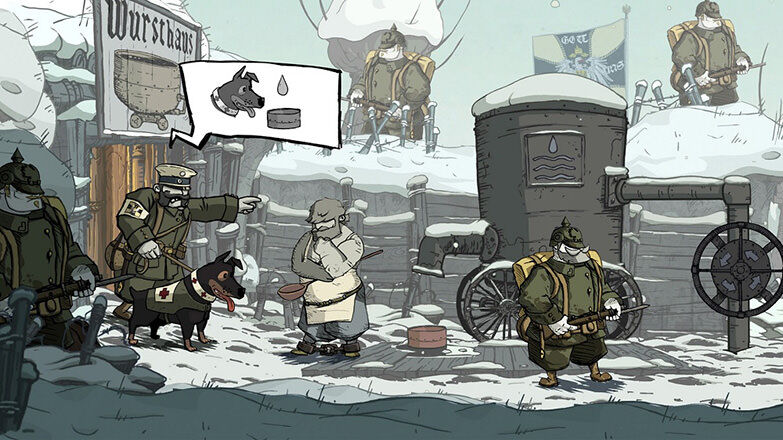 The offer is for China only, but this limitation can be bypassed with a VPN.
It will be up till August 5th (01:00 local time, so probably till evening August 4th UTC).

I’ve tested this on my Android phone:

The game will show up in your Uplay launcher afterwards (with all the language versions available for installation).

It might also be possible to claim it directly (without a VPN) via this link to the chubi store (I haven’t tested it myself though):

Do you change to Mainland China, or use the current store link as is though?

Thanks! It worked for me with Panda VPN.

If anyone is still having problems claiming the game (so that it’s actually accessible in Uplay launcher), make sure you’re browsing in the web browser’s mobile mode, i.e.:

It might also be possible to claim it directly (without a VPN) via this link to the chubi store (I haven’t tested it myself though):

Thanks, this worked perfectly and checked in my launcher and yup it is there

Honestly, this game is amazing. Im not joking, a work of passion. Already had it on steam, but im glad all of you got it now

Thanks, got it doing the mobile trick in Firefox posted here.

@SeekerSupreme Thanks for trying to give a link, but I click “Free Collection”, it tells me to open Uplay Launcher, then asks for an acitvation key.

Seems like I’m just one it won’t work for, which is fine. Just noting here in case anyone has an issue, that maybe it doesn’t play nice with everyone. Cheers.

@Danacscott I was having the same issue as you, till I tried…

If anyone is still having problems claiming the game (so that it’s actually accessible in Uplay launcher), make sure you’re browsing in the web browser’s mobile mode, i.e.:

. Used PandaVPN free in BlueStacks, watch ad.
. Had been signed in to Ubisoft before
. Switched Chrome to mobile mode (never done that before, weird but neat)
. Used the 2nd link (China store)
. Pressed the green button and it said: All good. Your game is now activated in your UPlay Library
. Opened UPlay manager - game is there.

sigh Thanks for all the help, and I detailed all this, coz I wasn’t quite sure which methods to combine and do. Energy on a low, so appreciate the further explanations. You guys are the bestest. Cheers.

Many thanks SeekerSupreme and @GeekInUndies - I had seen this mentioned on a Discord server and attempted to claim it from my laptop but had run into the same problem as @Danacscott (activation key popup in the UPlay client) and given up, assuming it was a region restriction. Tried it again with my browser in mobile mode (without switching to the Chinese Mainland store) and it worked like a charm without requiring a VPN. I can now see it in my UPlay library. Looks like the “Your game is now activated” part right at the end of the process is designed to work only on a mobile device. I hadn’t even realized the AAAs were doing this.
The tough part was figuring out how to log out until I realized that “Logout” had been auto-translated as “Cancellation”!

Hope this helps others trying to chase down this freebie. Suggest editing the original post to make the VPN option a last resort @SeekerSupreme. I’m unsure if Ubisoft bans accounts for activations over VPN, but I tend to avoid them in such scenarios, just in case.
Once again, thanks for making my backlog feel a little more insurmountable!

ALL the credit goes to the fabulous @SeekerSupreme !

P.S. Thank you for the thought though.

Many thanks, @SeekerSupreme, worked painlessly