Valentine's Day Giveaway! [IT HAS COME TO AN END. TALLYING VOTES NOW!]

Ahhh… Can you smell the love in the air?

No? Well neither can I. So I’ve got a list of games here that are given to me by the great acorns above as congratulations for becoming “The Best User of the Month!” - January 2019. Thank @AcornAvenger.

The Rules are simple:

The Dark Stone from Mebara:

The Dark Stone from Mebara - Based on the mythology created by H.P. Lovecraft, The Dark Stone From Mebara is set in 1924 Massachusetts.Take on the roles of Arthur Pendleton owner of the Pendleton Detective Agency and his two employees – Detective...

Dead Bits - Quilly was abducted by aliens, now, he has to fight for his freedom! Destroy cube aliens with guns, bats and inteligence... avoid traps and more. Dead Bits is a first-person shooter with original dubstep soundtrack for Windows and...

Endorlight - Endorlight is rogue-like game in which you have to find a way out to the next level. Most importantly - you need to survive. There is no "Repeat". When you die, you have to start from the beginning. Each level contains a new and tougher...

Fairy Fencer F - Long ago, the Vile God and the Goddess waged war with each other. Equally matched, they were sealed away in another world…Now a lazy young man named Fang somehow finds himself a key part of this war he’d really rather not deal with,...

The Great Art Race - The famous art collection of your family was stolen. By investing the profits of your coffee or tobacco plantations you might have the chance to save the heritage of your ancestors – but only if you manage your colonial...

Gunspell: Steam Edition - It is a story-driven rpg-adventure where guns and magic act together! Become a member of this powerful Order whose mission it is to protect Earth. Travel through other worlds, contend with monsters, upgrade your weapons and...

Hero of the Kingdom II:

Hero of the Kingdom II - Sail to the farthest islands to save your sister and defeat pirates.You and your sister had finally found a safe haven in a small fishing village. But more troubles came soon after that. The threat of an unstoppable crew of...

EDIT: OH ME, OH MY! It seems that there was a generous donation of 10 games for everyone by the (In)Famous @GeekInUndies The-Powers-That-Be! Please give him a round of applause, a chocolate kiss, and a pair of pants for his kind generosity!!!

World's Dawn - World's Dawn is a colorful life and social sim set in a sleepy seaside village. Inspired by the Harvest Moon series, it features vibrant top-down graphics, a huge cast of quirky characters to meet and befriend, and 30+ hours of...

Mind Spheres - Inspired by two not so different worlds, Mind Spheres brings you an exclusive and awesome experience. A physics puzzle with minigolf + pinball unique mashup. Figure out puzzles in order to proceed to the next level.Interactive objects...

Replica - "This country needs more than a building right now. It needs hope." - Evey HammondReplica is an interactive novel game played through a cellphone and social media.You are given a cellphone of an unknown owner. You must look for evidence of...

The Way - Upcoming releasehttps://store.steampowered.com/app/1825030/Daomei_Village/About the GameJourney to another planet and discover its secrets in order to bring your loved one back to life. Experience an adventure, inspired by old school...

Memories of a Vagabond:

Steam Community :: Memories of a Vagabond

Memories of a Vagabond - In this turn based RPG for Windows you play as a young mercenary and travel from soul to soul to avenge your fiance and her family. While finding a way to change the flow of past events, you will encounter many obstacles and...

The Ship - Finding a ServerAhoy Shipmates!Unfortunately the in-game server browser is no longer working. However, players can connect to servers via the Steam Client > View > Servers (if you don't see The Ship you may have to restart the...

Snail Racer Extreme - Come play this extremely addictive and fun snail racing game and see if you can dominate the steam score boards!New beach mode available.Glide through obstacles standing in your way!Collect lettuce to gain more fuel and be sure...

Mad Games Tycoon - BUILD UP YOUR OWN GAMES EMPIREForm your own game studio in the early 1980s starting in a small garage. Develop your own game concepts, create a team and develop megahit video games. Research new technologies, train your staff,...

Twickles - Twickles is an original puzzle game with a minimalist aesthetic.Navigate a ball through increasingly complex labyrinths by rotating their individual parts or the entire structure. Think ahead to complete each level in the perfect amount of...

EDIT#2: I think I’m started to smell the love around here. Apart from all the nuts… in more ways than one, for some reason it smells a lot like sloths and laundry… why is it that this is what love smells like? It seems that both @DontBeSilly and @Agetime have graciously donated a GRAND total of 8 games. I thank you both very much as I am sure the community will as well.

The Red Solstice - https://store.steampowered.com/app/768520/The_Red_Solstice_2_Survivors/If you think you have what it takes to survive the onslaught, go forth, marine!The Red Solstice is a tactical, squad-based survival game set in the distant...

Moss Destruction - Moss Destruction is a tough-as-a-nail rogue-lite, twin stick action shooter, with a well-balanced ranking up system and sweet, hand-crafted visuals.Tackle the hordes of exotic creatures through 3 unique worlds of isometric...

F1 2015 - Race like a champion in F1 2015 - get closer than ever before to the experience of racing in the world’s most glamorous, exciting and prestigious motorsport. F1 2015 puts you in the heart of the action with a stunning new game engine that...

Oh My Gore! - News from HellAbout the GameYou’re tired of keep fighting against the Powers of Light from within square shaped, piddling Dungeons?You never really understood why you should make the effort to run after your stupid minions while being a...

Telltale Texas Hold'Em - Join poker's most outspoken players for a hand of Telltale Texas Hold'em, the card game stacked high with personality. Quips will fly, chips will fall, and you may just end up rolling in the aisles.This is your chance to play...

Duke Nukem Forever - The King is Back! Cocked, loaded and ready for action, Duke delivers epic ass-kicking, massive weapons, giant explosions and pure unadulterated fun! Put on your shades and step into the boots of Duke Nukem. The alien hordes are...

Poker Night at the Inventory:

Caravan - Many myths and legends have been woven about the Arabian Peninsula. One of these legends tells of Iram, City of Pillars, and its exceptional destiny.Being the heir to the throne you lived a life of splendor and never worked one day of...

(P.S.) @DontBeSilly was the other person to receive the “Best User of the month!” reward which I got, so I’m more then thankful for them to give out these Steam games here.

As per warning, these keys were giving graciously to me, So I do not know whether they will work or not.
Also, as an early Valentines card, the only person I can think to give one to on here (Who is at least wearing more than a pair of pants

With my love and lunch money… 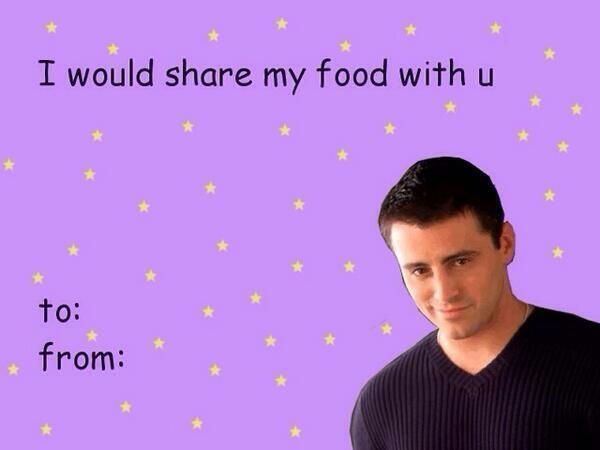 Nothing I want here really, but you can have this anyways <3 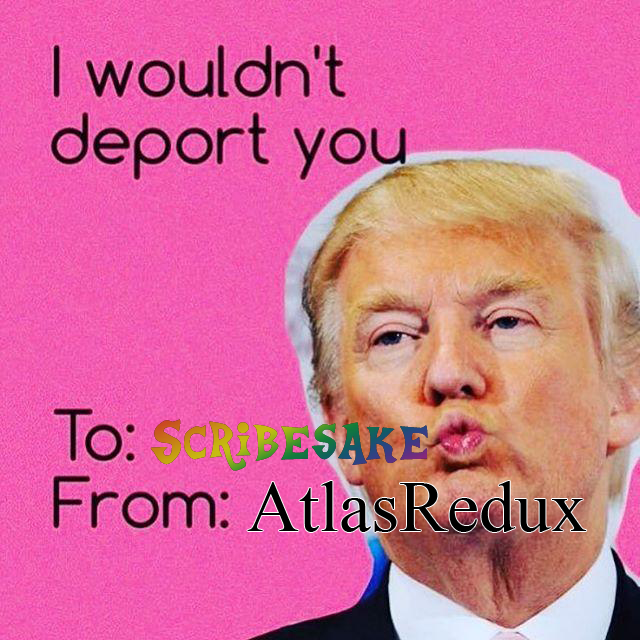 The games I would like to enter for are:

The Valentine I would like to make is to @DontBeSilly

All these extra games being added complicated things for me and I’m OK with that! Haha thanks to everyone involved and happy Valentine’s day to all!

Not entering but thanks for doing a giveaway!

As of now, there has been a VERY kind donation of games given by the kind @GeekInUndies and also a slight change in rules, so if you want, feel free to change your answers while you can! Thanks for entering!

Happy Valentines to @discobot, because why not?
And also thanks for doing this <3

Potato Heart for all of u

Hi! To find out what I can do, say @discobot display help.

Happy Valentines everyone! Sadly I don’t know anyone here, so @Scribesake thank you.

@Scribesake Hmmm, I’ve been on the fence for Mad Games Tycoon for a while. I know it has some issues over similar games, which I’ve also played, but I’m a sucker for tycoon and simulator games (I dare not say how many hours I’ve spent in Transport Tycoon and Theme Hospital) If no one takes it, I’ll grab it if it’s left over.
Rest I either have or am not interested in

Wow Happy Valentine to you too. I will choose only one game: Skullgirls.
Thank you so much x.

You may choose up to 5 games for your entry. (Was 3, now’s 5 because of @GeekInUndies)

As of now, there has been a VERY kind donation of games given by the kind @GeekInUndies and also a slight change in rules, so if you want, feel free to change your answers while you can! Thanks for entering!

Whoa there, ke-mo sah-bee. One itsy-bitsy-teeny-tiny detail is in dire need of being clarified. When I sent…

… I was not referring to myself as The-Powers-That-Be. While we are on the subject of giveaways in general, a little more transparency is in order. The new batch of game keys that were donated came from the same stockpile that the previous ten keys came from. Also @Scribesake, to answer your question (from a different post), yes you did “steal” a planned holiday giveaway. If you want my opinion on the matter though, it is my belief that the giveaway in question was happily conceded to you 'cause you earned it. So there is absolutely no need to worry. Anyways, TTYL and the best of luck with your giveaway. ~Love, Dad

HAPPY Valentines day All: the order for games I WANT TO WIN are:

consider me as the valentines

Ah yes, its getting to that time of the year where I have to remember that there is nobody to share it with other than my beautiful steam library of time wasting games!

I would have to say Replica first because of my love for pixel art games, plus seems like a sort of spooky game and also who doesnt like to snoop around on other peoples phones

Secondly, Twickles! Seems like a perfect game to keep you entretained while listening to a backlog of podcasts.

And to wrap things up no third option but a thank you for the giveaway!

I’ve never heard of any of these.
I’ll enter for…

Thanks for doing this giveaway!

In penance for all the nuts I’ve butchered, I humbly request @AcornAvenger to be my gaming valentine.

Put me down for:

You can’t dodge all the credit, @GeekInUndies! We still can’t get enough of you.

Not entering but wanted to thank all of you for the nice giveaway!

It’s so lovely when a family does things together… 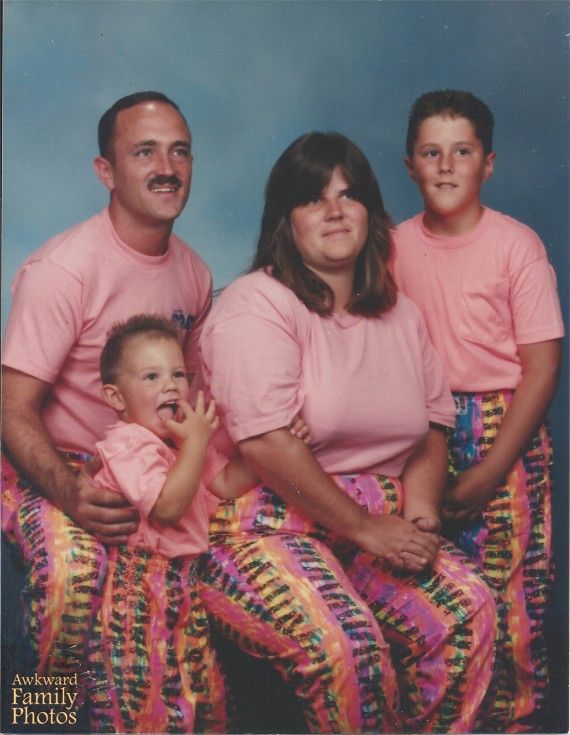