Here is a trailer for it: 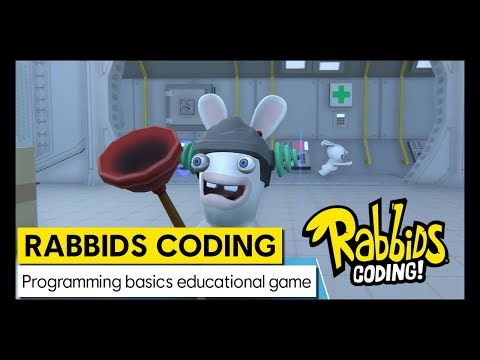 Go to the Free Game Section of your UPlay Launcher and add the game to your library or use the link below:

Has Ubisoft realized their netcode sucks and are trying to get kids interested in coding to fix it? Or am I just looking to far into this?

Has Ubisoft realized their netcode sucks

Does it though? I’m pretty sure the player bases of For Honor and Rainbow Six Siege would disagree with that statement (at this point in time, not when they launched).

Looks interesting. Reminds me of another program, Scratch maybe. Thanks @NICK9X9

It does look similar, yeah. Looks to be an interesting puzzle game with some programming concepts included. Taking an IT degree currently just to let you know. I might give it a whirl some time.

Didn’t it use p2p tho? And had issues with cheating for that alone.
I guess it might be better now.

Didn’t it use p2p tho? And had issues with cheating for that alone.

but what does that have to do with netcode?

Not much, I just thought that basically killed the game. Haven’t heard anything of it since the weeks at launch.

Thanks for the info.

Update. Just played through a bit of the game. It’s not too bad, at least up to advanced or the medium difficulty, because I 'am tired and want to sleep soon. IMO even if you aren’t familiar with the basics for most adults and especially children it should be a nice and easy challenge, shouldn’t take more than a few hours just to beat it normally. I don’t think it would change the world or anything, but I see it as a nice introduction to programming, which would then turn to Scratch, and could even springboard into other languages like C or whatever they want you to learn first.
Or something else I don’t think I 'am exactly qualified to say some of these things lol

Do rabbids add anything to it? Or are they just there as a wallpaper?

TBH, not really. I do feel it more like the latter. I guess they only used them because it’s the most popular kid friendly thing they have + being mascot characters for Ubisoft. If you allow me to go a bit off topic, I personally see them as it’s own thing nowadays rather than a part of Rayman the same way I see Shaun the Sheep as separate from Wallace and Gromit, right down to popularity and the shifted focus. Except the latter at least had a good reason why it didn’t have a lot of content. Bottom line: I’m not super angry at Ubisoft for not making more major Rayman games: at least they’re not milking it to where people get sick of it.

It is an educational game, made to teach kids how to code.

I’d say I was floored by Ubisoft making this game but they also did several educational games relating to Assassin’s Creed for developing and history if I recall, not to mention the educational Rayman games too. Is there like some sort of CSR or historical thing that Ubisoft has to make these educational spinoff?