I didn’t want to start a new topic for this but I wasn’t sure if this was covered and I figured if it wasn’t this would probably give this the most exposure (sorry for the long intro). I was wondering if there is a group or forum that consistently updates the games sold on Chrono.gg that are compatible with Gog connect if you wanted of DRM-Free copy on gog. If I correctly understand how gog connect works (Which I could be wrong) games available to transfer through connect are only available for a finite amount of time which would make keeping the group or forum constantly updated more difficult for the moderators. I would just love to see that. Hope this wasn’t to long or confusing and thank you in advance.

Sry, but there is no way to know that
GoG connect games happens “randomly”, and at random times of the year
+there would be absolutely no way for any of us on the forum to know which games chrono are going to feature to sell, much less which of them might potentially then get added to GoG connect later(or even if at what time then)
Chrono features a “random” game (customer perspective) everyday, only chrono(staff) know which games are going to be coming up
GoG handles GoG connect, and chooses whatever games they can get for us to transfer, when they can, -in cooperation with the devs/publishers (not chrono)
“2 random systems” -don’t exactly make for good precognition

what does happen here, is whenever GoG connect updates those couple of times a year, chronies tend to post about it to remind people to grab their drm free transfers, when it happens
but it’s impossible to know beforehand, for any of us, for so so many reasons. So what you are asking/suggesting isn’t entirely feasible. Tho, rest assured when GoG does make connect games available, “we”/the forum gets notified about it pretty quickish by its neato members

we can also put up a list of drm free steam games(yes those exists) for people to reference once in a while, should they be interested in some of those, so they can purchase those should they get featured on chrono(/elsewhere) maybe 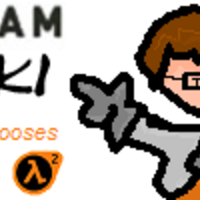 This is a list of games and software available on Steam that do not require the use of the Steam client itself (after the game or software is downloaded using the client), do not contain any third-party DRM (Games for Windows - LIVE, Uplay, Denuvo...

https://pcgamingwiki.com/wiki/The_Big_List_of_DRM-Free_Games_on_Steam
^incomplete lists, unsure which gets updated most at this point

as a current example for instance
out of the batch of 5 games currently on GoG Connect, 1 has been featured on chrono, and 3 times even, the first being way back

no one would have anticipated or known that anywhere close to the sale times, that this would get on GoG connect december 2018

OK thank you for your response.

OK I didn’t know the list was so short thank you for sharing and for your time.

the “total” list of games that has been on GoG connect is a bit longer, they just do it in small batches couple of times a year, 5-8 games or so, varies
this is an almost complete list of previous GoG connect games, (think it’s missing summer 2018 at least -and this december one too ofc)
https://www.gogwiki.com/wiki/GOG_Connect

as you can see, it’s not totally a lot over the years, (greatly appreciated still tho), and which of those have been on chrono i can’t really be bothered to cross reference all batches or their corresponding dates compared to Connect
GoG does it when they can/feel like it, be it part of a promo or just negotiating with the devs/publishers. But which games, how many, and when, “we” will never know until they release it. That type is all "behind the curtains"stuff that we mere mortals aren’t privy to ahead of time.
If your desire is strictly drm free, buy from gog, Humble drm free, or the few drm free games from steam on the list -that maybe pops up on chrono (often likely to also be on either GoG or Humble)
but waiting or expecting for chrono deals to align with gog connect might be somewhat of an arduous quest Here’s their GOG Connect Games list. You can subscribe to it to receive a notification when new games are added to GOG Connect.