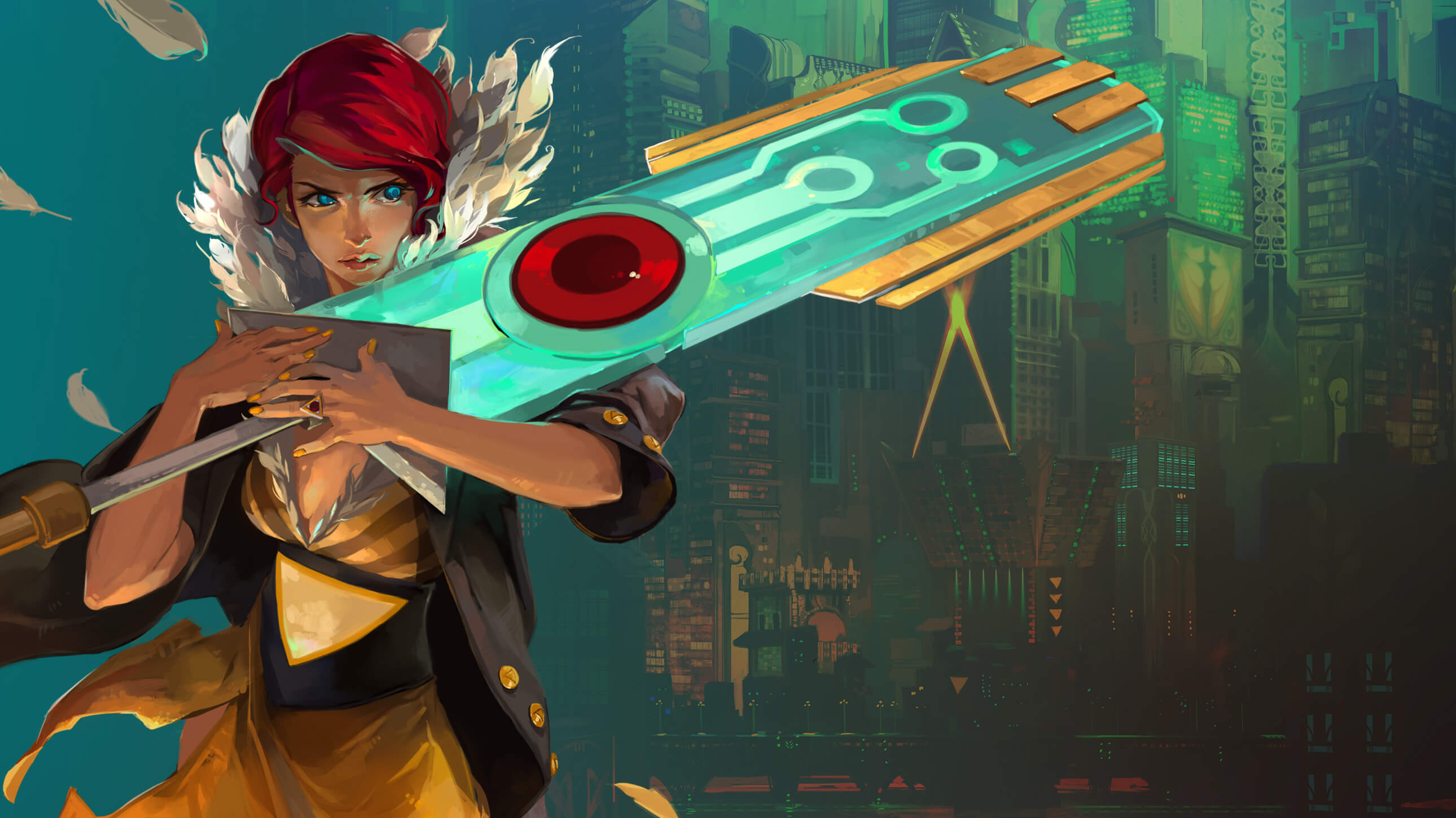 Download and play Transistor at the Epic Games Store. Check for platform availability and price!

(I have yet to install the launcher

Wow another free game lol
Well I don’t have the launcher anymore not since I had unistalled it a while back as well as got a new laptop.

Game launchers aside, this is one of the best games I’ve ever played. Amazing soundtrack, too.

Quiet. Not everyone has it. I’ve been interested in this game ever since TB did a video covering it when it came out but i never bought it. Now i can finally try it out.

Looking forward to this as I really liked Bastion and Pyre. World of Goo is the next free game and it’s very good as well, although it’s the oldest game they’ve offered so far.

A little sarcasm in the morning never hurts.

Yeah, still got to finish this one myself. It seemed pretty interesting but I think I just got it at a bad time. It was around only $2-4 at the time if I remember correctly, so eh. Could have been worse… I could have bought the Shadowrun trilogy then only played the first one.

A little sarcasm in the morning never hurts.

Don’t worry, i’m pretty sure me and @Gnuffi understand each other!

not trying to push people aside or put anyone off from grabbing it, i just can’t help making a jk like that or jab at Epic when possible

and while i’m personally not fond of epic’s business dealings,
i’ve also not been against their freebies, and even “partially defended” them, to encourage people to overcome any drawbacks they perceive from the launcher, in order to not pass up a game they might like as a freebie “just because of the launcher”

I’d rather pay full price on Steam than get it for free on Epic.

I could have bought the Shadowrun trilogy then only played the first one.

Oh man, play Dragonfall. Easily the best of the group.

(I have yet to install the launcher

That’s the funny thing… I own Dragonfall twice. I have both the original DLC for returns and the Director’s Cut. Just never came around to finishing the Dead Man’s Switch campaign from Returns.

That’s what I’ve done, although there’s nothing Epic offered me that I didn’t already own on Steam (except for a few games) but free’s free after all

I wonder how long until they remove the ability to purchase without installing the launcher.

that would be rather silly, uplay, gog, origin, steam, “all” lets you purchase without installing launcher
if you meant play (or grab continued freebies with 0 purchases) then that wouldn’t really be in epics interest either
play with/without launcher would be in the terms of sorta Steamworks(which i’m sure Epic will implement some/their own form of some day to get “all” publishers on board), ie drm. which they already know not all devs or customers are akin to. Therefor letting it be up them (by using 3rd party drm) or be drm free, they get the best of both worlds (for now) by doing nothing
-not granting freebies without purchase would (“slightly”) impact the amount of user gain they would get from the free promos, and that’s what tehy are banking on “big numbers”, where X portion then actually installs the launcher, even if not to use the game immediately, which then increases their active userbase and how large an audience they can serve up with own “ads”

Myself included! So from the two of us. It made me imagine that there could be a lot of other people that are “buying” these free games but not playing them. I’m sure Epic can see that there are all these purchases with 0 hours played.

That’s why I guessed that Epic may think the terrible idea of forcing people to download the launcher would be a “good idea.”

I doubt it will happen. But the idea of such a bad decision makes me giggle.

I think the reason they are doing this is of course to draw people to their platform. If they are merely counting the “numbers” to boost their internal statistics in reports. By forcing people to download the launcher, they would probably lose a lot of statistically significant reportable numbers, and thus that would be undesirable. I think there’s a lot of data/number fudging going on there and I have become a complete game hoarder, just look at my Steam account,

Remember that Steam was forced upon people who wanted to play a game that they’d bought…with time comes a general acceptance.