Top 1 Hidden Gem Game That MUST Be Played Before You Die!!

Okay, I’m a huge idiot. I left off a HUGE under-the-radar masterpiece.

OUTCAST. Holy crap, is that game something. It came out in 1999 and visually, it’s like nothing else of the time. I’d say it’s about on par visually with HL1, but features an “open” world (sectioned off PS2 style) with voxel-based visuals and AIs that follow daily routines. It’s all very cohesive and from a distance, it still looks amazing. It runs like that too, bring something better than a 486 as even modern CPUs tend to struggle with the voxel based renderer.

The original game was already great despite compatibility errors and a 480p lock, but now you can get Outcast 1.1 on GOG or Steam. The GOG version does include the original, but just play 1.1 anyway. It adds support for high resolutions (1080p kills performance so take it easy, and stick to 4:3!), plus it adds WASD controls and XInput support. 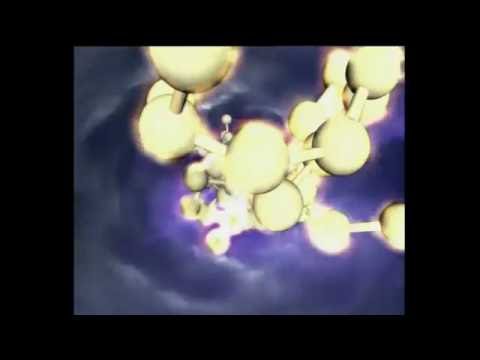 Not perfect, and certainly not without some jank, but I’ll recommend it anyway (especially as Appeal got back together to finally make a sequel, which they planned back in 2000 before Outcast undersold and bankrupted them). 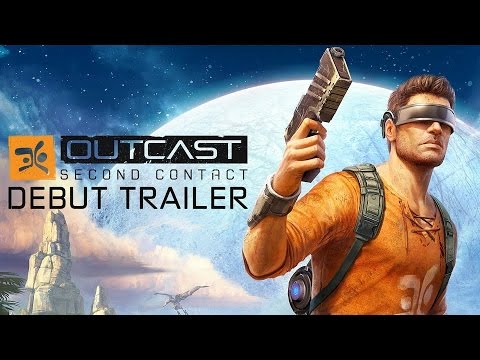 EDIT: I’m sad now. Apparently “Second Contact” is actually just a remaster. Darn, I guess we’ll have to wait longer for that sequel. But hey, at least they have the rights!

I don’t know how hidden this gem is, but I do not know many people who know the game.
I am talking about Pathologic, by the developers Ice-Pick Lodge.
There is a great article on that game by Rock Paper Shotgun, but I wouldn’t recommend to read too much about it, before playing as it could spoil the experience.

Here remake doesn’t mean the same game with new graphics, but a whole new game with the same setting/experience, but different from the first game, so there is no reason not to play the original game!

Too true. It came very inconspiciously in an older bundle, but this game is just a BLAST. Real hidden gem.

This one sounds quite intriguing and I’ve never actually heard of it before. But I wonder if there’s really a point in getting the “classic HD” version instead of waiting for the full remake to be finished?

@CptMold I think you win the price for the most accurate suggestion to fit the topic. Outcast was an amazing game that no one seemed to have played. I own the 1.1 but have not gotten around to replaying it yet.

But I wonder if there’s really a point in getting the “classic HD” version instead of waiting for the full remake to be finished?

The retranslated HD version of the original Pathologic is available on STEAM, GOG, and HUMBLE STORE. The new Pathologic will differ from it in a number of ways, so you’re unlikely to spoil the remake by playing the original; trying the old game, however, is a decent way to get to know the general gist of the Pathologic experience.
– source: Official homepage

Super Mario Picross for the snes is a good nonogram game. Its what or me into nonograms and unfortunately it wasn’t release outside of Japan but if you want a good puzzle game, this ones for you!

I really don’t think Homeworld can feature on this list. Since its creation, every space based RTS has been compared to it. It is THE benchmark title in its genre.

The World Ends With You

@Fraggles Awesome… what did I win?

Yeah, I got as far as Shamazaar the first time but really didn’t have any idea what I was doing, so when I switched computers the game slipped into the back of my mind. As one of the earlier games I played on GOG, it’s yet another one that I never would have found out if not for a brother who had it rotting in the “Crap” folder of his library. Yes, really, right next to Shadowrun Returns and Psychonauts.

I’ve been playing 1.1 recently and simply put, I think it could be one of my all-time favorites, up there with FEAR 1 and Rollercoaster Tycoon. It’s incredibly well designed, though a bit janky, and the visuals look entirely special because of the voxel based engine. It all feels extremely cohesive with the world itself, and it’s one of the few old games that actually has good presentation-- the voice acting, soundtrack (Moscow Orchestra), it’s all the more impressive when you remember this was just a dub for English by a Belgian studio. Infogrames really disappoints me yet again with the way it was entirely un-advertised, and it stinks learning how rotten they tended to act considering what a staple brand that was when I was young and ignorant

Oh, and me getting stuck and giving up? That was because I ran straight for the massive temple because I thought it was the right way to go, only for the story to fall off a cliff as I ran into nothing but hostiles. Had I bothered to actually listen to the NPCs, I would have heard them explicitly say: “Do NOT go to the giant temple, there’s enemies everywhere. Go to the village instead.” Derp.

Bleed 1 and 2. SO. BLOODY. GOOOOOODDDDD.

I thought you were referring to the Blood series of FPS shooters (which are also 1 and 2 on Steam). Now I realize you were talking about the side-scrolling shoot-em-up which I have never seen before, until now.

I’m not too much into gaming communities, so I don’t know if this is hidden or not…
Botanicula by Amanita Design! I think it’s less famous than Machinarium at least, and I enjoyed it a lot more. It spreads a sense of naive brightness I never found in a game before. It’s an easy adventure game and a lovely little story - highlights are the colourful environments and the cheerfully odd characters.

Well, since the thread is ongoing and I already managed to snipe some good suggestions from other posters, I will take the liberty of sharing part of my list of underdog games, it’s actually a bit of a hobby of mine seeking them, in the hopes that this may be relevant to others:

(PC) Dex – You like Deus Ex? Buy this game. It’s the same thing, only in 2D and with a female protagonist. @lonin Ever had a look at this one?

(PC) Life of Pixel – It’s so rough around the edges, but so good. This is pure platforming bliss, set across the history of gaming, with a high degree of attention to fidelity in terms of respecting the limitations of every console being simulated. It flows, it’s funs, and it challenges just the right amount.

(PC) MissionForce: Cyberstorm – A tactical marvel of the days of old, requires a Virtual Machine to play nowadays. The effort is worth it, though, as this game has one of the most organic squad-building mechanics I ever experienced, right up there with XCOM, and the management of your fleet is just as interesting as the diversified missions you undertake.

(PC) Rollers of the Realm – Pure Pinball/RPG joy. Say what? Yes. One of the quirkiest, weirdest, most adorable little games I’ve had the chance to play in the past few years, this is an experimental piece that turned out right. The hours just fly by as you launch your rotund hero across the sizable campaign.

(PC) Uncharted Waters: New Horizons – Well, here is an oldie but goodie. The DOS version of this game is the one to go for, even though there are console ports. Conceptually it is simple, but very few games ever tried to replicate what this game does: become a late medieval ship captain and explore our own world, trading spices, discovering landmarks, recruiting sailors from all over the world, and using competitive advantages of countries to buy their specialities, like better ships (China) and weapons (Arabs).

(3DS) Shin Megami Tensei: Devil Survivor 2 Record Breaker – Pretty much the best tactical RPG I ever played, with a bleak, realistic outlook where you can truly decide how to shape the future of humanity, and not even in some bland good/evil dicotomy, but rather according to system of beliefs. Awesome game.

(GBA) Road Trip: Shifting Gears – It may look like a minimalistic penny racers game, but it’s so much more. It has a dynamic and interesting progression system, which feels rewarding and balanced. The game is so stylish and full of details that you just want to keep going.

(GBA) Hamtaro: Rainbow Rescue – Yes, Hamtaro. Yes, I am serious. This is the best portable adventure game I ever played in my life. Just try it. It is centered around mini-games, much like a WarioWare would, but incredibly they are pretty much all fun and handle well. The effort put behind this title must have been astounding.

(GBA) Sabre Wulf – This obscure puzzler asks of you both creative thinking, fast reactions, and good platformer performance. Not for the faint of heart, but if you invest your time on learning it, it feels very satisfying.

(NGC/PS2) SSX 3 – Years came and went, and this is still the best snowboarding/exploration game of all time. Nothing matches its sense of speed, freedom, and the overall great vibes that surround it. Must-play.

(NDS) Solatorobo: Red the Hunter – Obscure Action/RPG in which during HALF of the game you think you are playing something, and then after quite an extensive campaign you have a “and the game starts now” moment in which it twists and bends radically, and you realize there is still half an awesome game ahead of you.

(SNES) Front Mission: Gun Hazard – What to say about this beauty? It’s so far ahead of its time, it’s not even funny. It is a metroidvania with much of a flair of games that are popular nowadays like Rogue Legacy and Risk of Rain. Marry that with an awesome and deep political plot, as well as smooth as silk controls, and you have a winner.

I recommend playing Okami. The game is a masterpiece in so many ways. The story is engaging, the art style is fanstastic and the soundtrack is truly beautiful.

Now this is a game I really wish they’d make a remastered PC port out of. Very few games makes me wish I owned consoles, this is one of them.

I totally get you Fraggles! I wish that Okami will find its way to PC one day! I played in on PS2 and I would definitely like to repeat the experience on PC.