Tom Clancy’s The Division 2 Standard Edition for $2,99 I think this price is good till March 2, 2020 Division 2 Warlords of New York | Ubisoft Store

I can confirm that. Really ‘cool’ behavior from Ubisoft.

Can someone recommend/dissuade this game? Haven’t seen much in the way of reviews for it. I’ve heard it’s kind of a looter/shooter like destiny or borderlands.

From what i understand it’s just basic ubisoft formula. Division 1, Anthem, recent Ghost Recon games and such. You go to a place , shoot bullet spondgy enemies and get shotgun you already have just with +1 damage as a loot reward.

Is this game even live anymore?

Yes. It’s live. They have a new DLC coming out shortly.

One that I won’t play.

I recommend against this game, and I will go into more detail why once I get on my desktop. That being said, if you just want to continue the story, $3 isn’t bad for about 30 hours of gameplay.

Now that I’m at my desktop.

i would like to thank @WikiTora for posting this video: 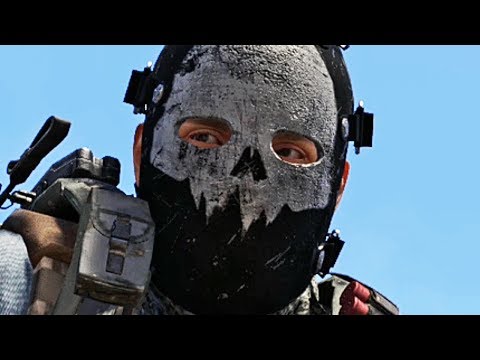 Was my experience quite this bad? Probably not. Did i experience at least one bug per play session? Yes.
Did ISAC never shut up? YES. Just leave a friendly control point? “Friendly Control Point Detected nearby”. No shit ISAC, I was just there.

A couple of Non game breaking bugs I ran into:

Ah nevermind the DEADLY chemicals all around. I don’t need a gas mask!.

Because if you shoot too early, it doesn’t count as anything… even if you shot them in the head.

And a broken feature:

wE sUpPoRt IcUe! Yeah sure, but Easy Anti Cheat doesn’t. EAC doesn’t let the game run if you have ANY RGB software running (even the program that sets the RGB on my RAM). Thanks EAC, I absolutely love having my keybinds broken.

A couple other things that I don’t care for are the following:

They constantly add more things to do with the control points. Like roving resource supply convoys. and then after getting to world tier 1, they will be constantly fought over because of course you can’t clear all the enemies out.

I definitely got irritated at the enemies magically emerging from the woodwork. Take down a patrol? Look, 5 enemies spawned from the nearest building. not once, not twice, but three times! Just because you engaged in a “living world event”. And god forbid you accidentally aggro a supply convoy when you’re trying to take over a control point.

The crafting person is literally useless until end game. The only thing you can buy from her is ability random upgrade blueprints. Not particularly useful because they generally require a ton of electronics score.

Like I said though. at $3 for the story, it’s not an inherently bad deal.

ugh, division… what a gameplay, right.
Just a lazy and mediocre action gameplay product but suitable for consoles. Same with destiny

Not sure what happened, but i think the game was 3€ on the international store as well after the initial release of the deal. I bought it through a VPN at first, and after a couple of days it was 3€ here as well, so i have no idea why it’s back to 9.99€.

Either way, i got more than $3 worth of value out of it after playing it for 20 hours so far, I’m having fun with it and still have a lot to do. I was skeptical about it too at first as i heard mixed reviews about it, but i’m glad i ended up getting it, i liked the first one, and so far i like this one too.
Yes it’s not perfect and things were changed from the first one, but it’s still a great game in my opinion, and for this price i think it’s a steal.

My friend bought it for me, and holy crap-

It’s not even worth 3 dollars. Seriously. I gave up on playing it an hour after playing.

It seems like they put it back to 3€ in EU once again. If you guys are still interested, see if it’s 3 in your region as well.