Thoughts on No Man's Sky?

It seems like it’s getting better as a game. And gets updated from time to time. I REALLY enjoyed Subnautica and currently, I am at that phase when you finish a good game and feel empty. I am not expecting this game to feel its place ofcourse, but is it any good? It’s on a deal right now and I might as well pick it up. Any thoughts?

@harith, @Kermadecc, @NME1, and @wearyamoeba, summoning you folks because you all played this game a decent amount in the last 2 weeks to maybe give an honest opinion about the state of things…

Several of us in the office have been playing since NEXT. I’m enjoying it more now than when it first came out, but it’s still not “there” for me. My biggest complaints about the game at release still persist: 1) the inventory management is a horribly tedious PITA and 2) much of the early game progress seems unnecessarily grindy, tedious, and punitive. There are widespread complaints about these mechanics, so I really can’t fathom a legitimate reason for them remaining unchanged other than to “pad out” progression. Aside from that, the new multiplayer stuff still seems kind of janky, but I’m sure that will get resolved in subsequent patches.

All that being said, it really is an experience like no other, so I’d still recommend it if the premise of a lonely proc-gen exploration game sounds appealing to you. If you’re looking for a more narrative, structured gameplay with authored content, I don’t think it’s worth it.

I wanted so bad that game to be good but I got slapped so hard in the… face that I refuse to trust it again unless undeniable proof of amazing improvements is presented.

I like it, but honestly, I really liked it out of the box too. The progression seems a little faster to me now. the inventory is a pain, but it seems better than it was. I love the third person view because it doesn’t make me want to throw up (the struggle is real…). I started it up again and haven’t really got to the building and base stuff. I doubt I’ll ever finish it but that’s not the point. It loads lot faster on my geforce 1060 than it did after the last update (although it’s hard to tell because they update it ever day and I think they have to reload the shaders whenever they update)

I think it’s really fun. Having said that I’m looking forward to getting my mining leveled up so I’m not always scrambling for ferrite dust and carbon… Haven’t played multiplayer because space is lonely…some people get sick of the randomly generated planets, but I find lots of surprises even though generally the planets are similar… Did that help?

I’m really enjoying it, I would definitely say it has reached the point of actually being a game. I did enjoy it on release (I had a crack ^=^). It is still pretty rough in places, the “story” is pretty blegh…it’s just there not really a thing even. But overall I have so far thoroughly enjoy it and hope that Hello Games keeps up this pace. I haven’t delved that deep into base building, but I have enjoyed what I have done with it so far. I also really enjoy the fleet system. There’s also quite a few bugs and glitches, most of them not game breaking though, but some are horrid. I have had issues with the Survival mode…as it’s just normal mode, but grindier so unless you’re into that, I’d suggest sticking with Normal or Creative. The game is beautiful, and the sense of scale is absolutely ridiculous.

Also, although I would recommend NMS, I wouldn’t at $60, not yet.

Hope this helps, it is a bit all over the show 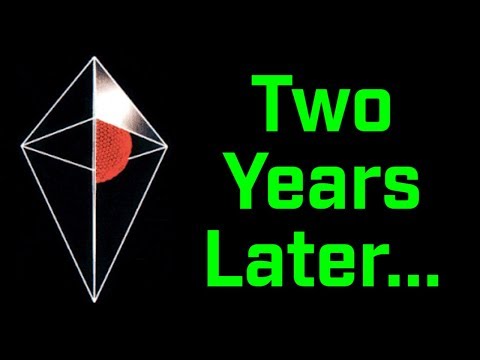 I still don’t have much interest in it unless it’s free.

I’m rly enjoying it, but i’m still in the early game (I’m past the lengthy introduction ofc and have started the atlas quest) cuz there’s just so much exploring to do, but i can’t deny that i now and then ask myself whether it will be “just this” and i do wish for a bit more, though i’m fine with just this too, i hope the story makes things more interesting and i have met at least one rly intriguing character so far, lol

i also think building a nice base could be very satisfying, though very time-demanding also, and i might do that once i encounter a paradise-like planet maybe, otherwise probably not

i think u very much get what u see, so maybe u should just watch some gameplay and that’s it, if u like it go for it, but i certainly wouldn’t want to pay full price for it