The Hitchhikers Guide to the Galaxy returns to BBC Radio

Everyone, grab your towels and listen in…next Thursday.

The Hitchhikers Guide to the Galaxy returns—with the original cast

Forty years to the day of its first broadcast, there’s a new BBC radio series.

“And even better, unlike the BBC’s TV content, it’s not geoblocked or behind any kind of paywall.”

BBC Radio 4 - The Hitchhiker's Guide to the Galaxy

Count me excited! I love this series

dang, and just as i ran out of goldfish to put in my ear…

Does this mean we get to listen to some of the 3rd worst poetry in the universe?

Also: To set the mood. 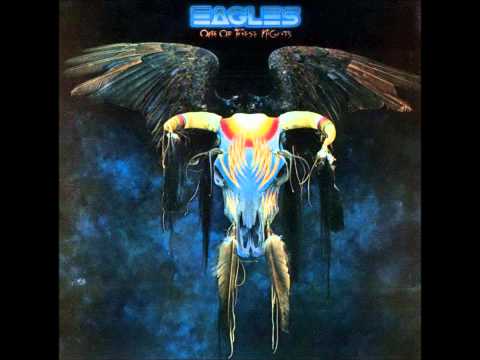 dang, and just as i ran out of goldfish to put in my ear…

Well, sorry for living in a country that’s not UK/S where this is not even a thing.

It’s OK…But There is even a “Towel Day”.

Towel Day is celebrated every year on 25 May as a tribute to the author Douglas Adams by his fans. On this day, fans openly carry a towel with them, as described in Adams' The Hitchhiker's Guide to the Galaxy, to demonstrate their appreciation for the books and the author. The commemoration was first held 25 May 2001, two weeks after Adams' death on 11 May. The importance of the towel was introduced in The Hitchhiker's Guide to the Galaxy original radio series in 1978. The follow-up book expl...

But you need to be a fan to celebrate that, I just didn’t grow up with it, or anyone else here since you know, it was a radio show, in English, in the UK; those rarely get exported, much less localized, especially for a population that was not that much into sci-fi to begin with.

those rarely get exported, much less localized, especially for a population that was not that much into sci-fi to begin with.

I understand that you didn’t have the chance to enjoy those things. And that is very sad. But the internet has open some of those options to all. You just have to look for it. It is a book too. “The Hitchhiker’s Guide to the Galaxy has become an international multi-media phenomenon; the novels are the most widely distributed, having been translated into more than 30 languages by 2005.”

The Hitchhiker's Guide to the Galaxy

The Hitchhiker's Guide to the Galaxy[note 1] (sometimes referred to as HG2G, HHGTTG, H2G2, or tHGttG) is a comedy science fiction franchise created by Douglas Adams. Originally a 1978 radio comedy broadcast on BBC Radio 4, it was later adapted to other formats, including stage shows, novels, comic books, a 1981 TV series, a 1984 text-based computer game, and 2005 feature film. The Hitchhiker's Guide to the Galaxy has become an international multi-media phenomenon; the novels are the most wide...

I watched Doctor Who in the '70’s and saw Red Dwarf in the 90’s on PBS. It wasn’t on mainstream TV. So At least I did have those options. I think it was in 2000 that I found out about Douglas Adams on the internet. That was around Towel Day" I think…And then i went to my library to find the books.

So see…you are having the same experience as me…just a little later.

Oh don’t get me wrong, I intend to listen to this “recast” to see what’s all about, is just something that I have not that much interest in, the first time I heard of it was around 2010? so I’m not that into it as others are.

The old TV series is on YouTube as well. If you like good, well-written comedy, the Hitchhiker’s Guide to the Galaxy is bound to be within your reach, I am certain of it. I didn’t grow up with it either, it aired when I was a wee kid and I had to go to Holland to read the books.

That is episode one, there are 6 in total. The TV Show is extremely dated now but it is more in line with the radio/book version of the story than the 2005 film was. The film is okay but it misses the mark and the message of the books/radio play.

If you are interested I’d be willing to bet that your local Library has it as well.
Give it a try, you’ll love it, guaranteed. It was written mid-seventies and it still reads like it was recent, it was that forward-thinking.

If you listen to this new version, you may feel very lost as it is based on the increasingly inaccurate last book of the trilogy of six “…And Another Thing,” And it wasn’t written by Douglas Adams and it shows, it is not awful but it is not Douglas Adams. The best stuff is the first 3 books.

There is also a guy on YouTube who has been animating the old radio plays. He was one of the first I ever subscribed to on YouTube, it is a shame YouTube do not allow for animators to flourish anymore. This guy is good.