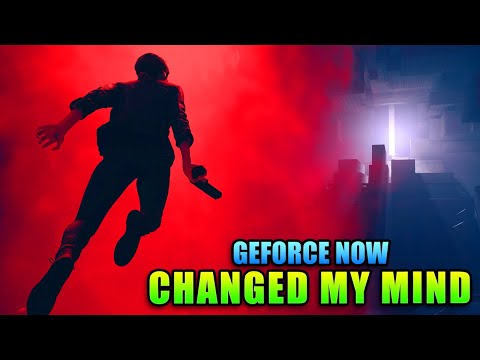 Apparently, you can try this out for free, which would mean anyone (@Danacscott) could play any game they own (in one-hour sessions [daily? or with breaks? don’t know]) with rly great settings as long as they have decent internet regardless of their hardware.

the dude is sponsored, so might take this with several tons of salt, but then again, i dont know if he’d be willing to throw away whatever reputation he has just for money (he has a decent channel, though maybe he does take a lot of sponsorships imo)

usually jackfrags gets the same deals as him cuz they play/air in the same realm, and they’re friends too, and perhaps i’d value jackfrags opinion a bit more on this (although i have question marks on his as well cuz, again, lots of sponsorships, usually EA/DICE and now recently also COD), but so far jackfrags hasn’t made such video (perhaps he wasn’t offered the deal, or perhaps he refused it cuz he’s more careful or he felt the tech is not where it should be to effectively endorse it?)

I did get to use it briefly, twice. The third time - nada. The pop-up window for every game would appear, then blink out.

Of course, the traffic must be insane right, but the program was acting broken. None of my research yielded any solution I could make use of either. The most prevalent one was: right click on your Nvidia Graphics Card icon … screeching halt I’ve got an Intel Integrated Chipset.

Thanks much for the shout out, but even if I tried to install it again, it’s very likely it won’t be working for me. I’m game to try again - maybe later today, going out soon.

any comments on how it would run?

was it actually good? Levelcap mentions the input lag, though noticeable, was very minimal and comparable to what someone used to playing at 120 fps would experience when playing at 60 fps, which seems insane and actually negligible (for me personally).

Not sure about FPS in numbers, but I can tell you that Frostpunk and My Time at Portia ran just fine. No lag at all in the times I got to play and I ran Portia for longer - an in game day at least.

Portia looked beautiful too, very clean. So I’ll say that if you access the interface, the games you own should work fine.

The downside is that is mainly has newer games and not for every store front either. For instance, there are many titles on Epic that don’t show up in a search. It’s mainly Steam titles listed.

Also, no Capcom titles either, so no Devil May Cry for me. T_T

I’ve messed around a fair bit with geforce now when it launched, I have a hard time thinking it’s better now.
It can actually be quite alright with a lot of games, ones that don’t require fast reactions and feedback.
Even trying to play something like Minecraft was headache inducing due to the first person nature and the lag. But it was quite amusing to pull up the F3 screen and see that I’m playing Minecraft on a Tesla of some sort.

Checked it out again, tested a network, this is what the results were:

So I don’t have Ethernet. No idea what my network is precisely. (They may claim lots of things, but who knows?)

I have a hard time imagining that it’s your 2.4Ghz wireless connection that’s going to be the bottleneck for you. I don’t know what sort of speeds you’re getting from your ISP though.