I’m really late to the party on this one, but for those that aren’t aware, Strike Suit Zero (which appears to be a cross between Star Trek and Gundam) is currently available in free form from GameSessions -

There are however certain caveats. First you have to have it run for 5 minutes before you have it for good. Secondly, GameSessions runs it’s giveaways on an ad supported model…which means whilst playing every 30 or 40 minutes you’ll get a pop up reminding you to buy the game. I got Ryse for free from them a couple of months ago (it’s not something I would have bought given reviews and the glut of achievements it has) and had a good time with it despite the ads so it’s not a deal breaker given the price! The only other thing is that you have to load the game via the GameSessions Launcher. 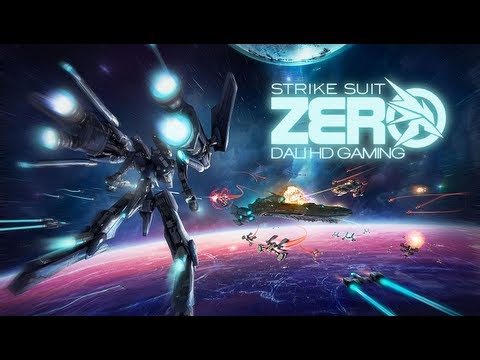 So how does this work after the 5 minutes?
Do you still have to run the game through the game sessions launcher or do you get a steam key at some point? Is the ad system active on the “full game” as well? How reliable is this place, does the launchers and ads come with rootkits and other nasty shit?

It’s a legit “game rental” type site who run in conjunction with other companies (the Ryse giveaway was AMD sponsored). You don’t get a Steam Key although the ad prompt is for you to buy one (and like I said it’s about every 30-40 minutes so annoying but not over the top). Yes you need to use the launcher, no it’s not virus infested (I run Kaspersky which is known of over zealous false positive detections and I got nothing) The ad persists after your 5 minutes, but the way I look at it is that It’s a full priced game that I got for free…and if it bugs me that much there’s always the uninstall option.