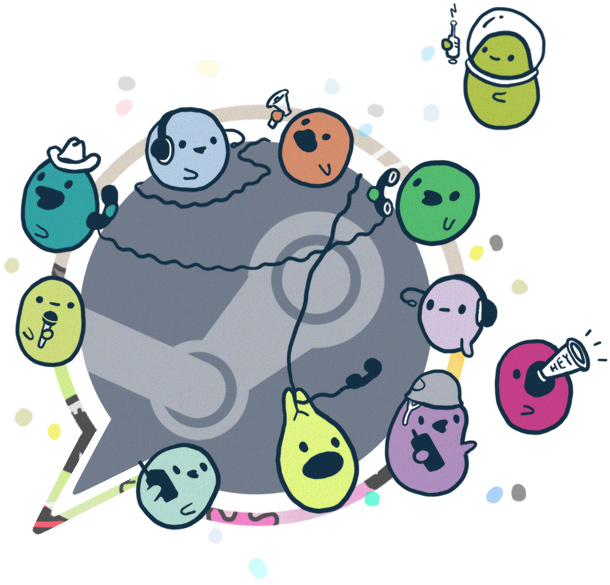 Last time I opted in to beta, card drops broke. Apparently, that happened to a lot of people, and the solution was opt back out.

oh look, steam aping what others have been doing for years

, bravo catching up valve, guess you got tired of discord snatching up all the chatter?, *"slow

i guess some will be happy about this, tho with my limited use this likely won’t affect me much/be something i’m raising my arms up in cheer for
-now imagine if they’d actually implement a privacy feature of actually being able to set your friendslist to private/friends only, gee wouldn’t that be something

I really don’t like changes when I get used to something… might be the age… I always adjust though. I’m even scared to check the changes

Hopefully it’s not a big of a deal.

I will wait 'till they force them on me probably

-now imagine if they’d actually implement a privacy feature of actually being able to set your friendslist to private/friends only, gee wouldn’t that be something

I doubt they will ever do that, because when you get someone angry enough and he checks your profile (if it’s not private) he will check your friends too especially in team based games to see if you were ganging him. Him checking your friends might make him see like 5 ppl there are playing cod 17 which he might consider buying

In Steam’s case, I don’t think rapid change is a good thing. What I ask for from Steam is that it works. I don’t like new features that cause the entire client to lock up, and compared to the amount of crashes I’ve had on uPlay, GOG Galaxy, and Origin, Steam’s slightly basic appearance is a very small price to pay.

Besides, they tried to change up the interface on a whim before by adding Big Picture, and it’s f___ing terrible.

Their servers are also much more reliable than in the old days. So… yeah, I don’t mind a chat overhaul taking their sweet time, especially considering how the worst case scenario could expose people to potential vulnerabilities or security gaps.

Big Picture does have some merits when used in the living room (with a controller) and/or in combination with in-home streaming, but overall I’d agree with your sentiment. It being a resource hog is in my opinion its worst offense. Even limits its usability on some lightweight streaming clients. Edit. For a while I was booting directly into Big Picture mode on my Linux in-home streaming server, but a recent update (I think) caused some bugs which made it basically unusable for that purpose. Also the overall performance was worse than just running steam normally under Xfce4…

Tried the new chat briefly and I think it’s a step in the right direction, even if it is basically discord-lite.

The only way to get rid of that was to opt in … install it and opt out, but from what I’m seeing … except for friend list in your account - which got really HUGE for no reason… and the friends chat tab you can open up from the right down… Everything seems pretty ok. Like @nassi said it’s discord chat now. You can even stretch the size of screenshots previews and youtube videos ppl sent you. It seems to be a lot more easy to use than before when you didn’t get anything but links.

Some things I will appreciate are font sizes options for the chat window (it’s pretty big compared to what we had)… compact view for friend list, cuz now it’s too Mobile friendly

and proper time stamps in the chat window… now you need to hover above each msg to see the time.

I would have given you screenshots, but I respect ppl privacy and it will take too much time to block out things… it’s like 100 MB download so you can opt in and opt out if you don’t like it in seconds.

Oh yeah and the new MSG sound is really bad

i’m not disgruntled or anything with them aping discord, xfire, mumble, ts, skype etc
i’m just saying i’m not impressed because, don’t get confused, it’s got nothing to do with “making sure sht is stable”, it’s just Valve being slowpokes, yet again: only deciding to jump on what others been doing for years when they start to figure out how much traffic they are actually diverting outside their platform by not having current X basic features anno ####, -because that’s what they always do
i’m not saying steam “should” have had X feature from the beginning, or demanding XY set of features, or telling them to be the lead on cutting edge trend or technology
-i’m just saying, maybe don’t be the kid that ate glue and finishes the 100 yard dash after everybody else cleared the stadium, yesterday
voice chat, big picture, steam link, steam broadcast, “new chat”, all came as a response to something else, all fairly shitty implemented in the beginning(can’t say for chat ofc), because it wasn’t something they were innovating, “spending time on to make sure got right” -“for us”, it was just a lazy but usual corporate response,
granted that doesn’t mean “don’t do it”, but just, you know, if you’re gonna ape sht, (and still ape it half-arsed), at least roll it out “sooner” -than a decade later to everybody else…
just my thoughts on Valve’s pace of “progression”, think i’m saying, i just don’t see anything to be lauded “here” is all

-a list of features people have been asking for years and years are probably near endless,
so i’ll just keep with the /s slow clapping, because this is truly not impressive, and not “taking their time for our/stability sake” for sure, -just valve being the usual slow

Good news for those with internet quotas, they’ve included a option to hide the auto-playing streams on the store pages.

Hear people dissing on Valve is music to my ears so I shall endorse your rant with my humble likes for as long as I breathe, @Gnuffi.

All I ever wanted from the steam chat was more than two lines to type long messages in. It still doesn’t allow for a simple click and drag to expand the chat typing space.

I try and I try and I try not to sound like an ungrateful pampered child, but some times I fail because I’m only human and I like to send walls of text to people. C’est la vie, peeps.

That’s the first thing I saw and changed. Thank God since it’s very annoying to me.

The hide live broadcasts was there before the beta.