Steam won’t even work; so either they go to a higher version, or switch to Mac or Linux. Hopefully Devs get it together so more games work on Linux and Mac PCs.

Steam customers who use devices with the operating systems Windows XP or Windows Vista cannot run the Steam client anymore on these devices starting today.

doubtful, it’s a choice by valve, not mandated by MS end of support
win 7 could likely endure with steam for a good while if they so chose, how long they will is another matter -if you notice valve kept up with xp for almost 4 years after end of MS support, if win 7 get the same Steam stay of execution we’ll just have to wait and see.
but in the end we (unfortunately) can’t really blame anyone for not playing along with our “archaic” ways

, -no matter how much MS might end cocking up Windows 3000

still if i can wait to be “forced” to win10 for another 2 years, i’ll take what i can get

Nothing of great value was lost.

both pretty impressed how many of us Win 7 luddites remain, and how fast win 10 took that great hold despite all the “outrage”

and who the hell uses win 10 32bit?? why, what’s the possible reason/advantage to that, why is it even an option??

I’ve finally made the jump to Win 10. My Win 7 system still works and I figured that it’d be better to get an idea of what will and won’t work on 10 whilst that’s still the case.

Looking at those stats though Steam will probably support 7 for a good while yet. They’re dropping support for something that impacts about 0.1% of all their users; I can’t imagine if that figure had been at 10 or 15% they’d have done the same thing.

Don’t you want fewer bits?? You know, so that the cookies have better resolution… 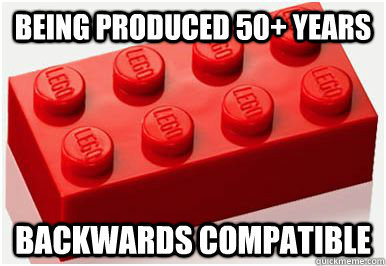 Actually, a great deal was lost. Having an XP machine around was the best way to play older games that don’t work properly on Windows Vista and beyond.

It is now impossible to play Max Payne without mods without XP support, and any Steam games you have for an XP machine are now forfeit unless you happen to own them on GOG as well.

Windows 7 still had plenty of 32 bit installations around. Windows 8 saw that number drop off a bit, but when the Windows 10 forced upgrades happened, Win7-32bit users got pushed to Win10-32bit.

To be clear, most of them would probably be capable of running the 64 bit OS. On low end hardware, though, it would be extra overhead for features the computer isn’t strong enough to take advantage of anyway.

i think my point was more, why the hell did MS even give them a choice
like, “the world” been pushing for 64 bit for ages because 32 is inferior and less secure and “Muh tinfoil hat” and reasons i guess (that’s probably all valid and that i wouldn’t know the first thing about)
but if you go pushing for 64bit, and 64bit can do any 32 bit task just fine, what’s the point of them then continuing to make that stuff -when they want it gone?

Edit - Also what about the XP virtualisation on Win 7 Pro?

Win 10 32-bit is a viable upgrade for some of the hardware that ran XP. Take a look at the minimum requirements for Win 10. 32-bit and x86 isn’t prevalent in desktops anymore but it still has uses in other devices - this podunk Dell Venue 8 Android tablet I’m using has an x86 Intel Atom processor in it. I believe it was used for it because there was a Venue Pro model that ran 32-bit Windows 8. I think ARM took over the mobile landscape before there were many 64-bit chips available so 32-bit chips using x86 probably didn’t seem like a bad option for manufacturers at the time since it had been in use for so long.

If Steam’s end of 32-bit support gets some of those potato PC users to upgrade to Win 10 and access to security updates then it did them a favor by using antiquated hardware for desktop system. I can’t even imagine how quickly the computer will slow to a crawl updating to recent versions of programs due to Win10 feature support with that kind of hardware performance constraint… but they were told for years to upgrade their OS & hardware so that’s on them. At least they can still play Potato Farm Simulator on Steam if they upgrade though.

I’ll admit that I’m still using Windows 7 but don’t call me a potato. I’m a spudmuffin.

yea but if the point was to also make users get a kick in the butt about upgrading (already old) hardware, -then why not force that upgrade to automatically be to a 64bit architecture by straight up eliminating the 32 bit at that “junction” that would be win 10, -ballsy move sure, but why not ? (zoidberg) if “the man” wants 32 gone

Excuse me, but that’s a bit pretentious for lack of a better word, I’ve been using my x86 laptop for the best part of the last 10+ years and excluding games, it’s been working fine for me in every other aspect.

Now don’t get me wrong, I’d love to upgrade to a better system, but I’ve been living by the day for the longest time, and buying what I’m sure many see as the cheapest option is not even a possibility for me, as the money for that would be better spend on other things, now I’m expecting things to get better in the next year, but by the time being I can only hope MS (and Steam now) don’t pull the plug on this thing.

I didn’t mean it anything like that. I was referring to how some people seem agitated when programs stop supporting XP even though it’s been legacy system for quite a while now. I meant that it’s “on them” somehow missing the end of life announcements after all of Microsoft’s attempts to end service for it. Sorry if it struck a nerve with you. It wasn’t supposed to be a disparaging remark about having the means to upgrade.

Just done another clean install of Windows 10. I’ve also actually started using the Start Menu for the first time, and I don’t mind it at all.

My StartMenu. Still a work in progress of course. God!, you people!

Old games for 16 bit needed 32 bit for compatibility issues. 16 bit does not work on 64 bit. I still have to go back and use an emulator for old games. Hence why the option existed for so long, legacy software.

This is basically how it will end…For most!!!

“We are MS. Your current OS will be assimilated. Resistance is futile.”

This is basically how it will end…

i know it’s supposed to be the borg, and in conjunction with the remaining phrase
but there is just something beautifully perfect about the above quote -and then seeing the “broken” img icon right after