I have my eye on this one, I like the retrowave vibe and in its gameplay is similar to Horizon chase turbo, I’m not too much into race games but seriously, I really recommended game

I’ve been playing this one a lot, Craft/Survival on an island, @YQMaoski has a review from it if you want a more exhaustive view

I am waiting for the dust to settle.

I played both Quantum Break and Sunset Overdrive and highly recommend both.
I have yet to play Recore, but I played the demo when it came out and enjoyed it.

Unfortunately I’ll be skipping this one. But good game hunting for those who’ll go for it.

I will be skipping it too, spend that hard earned dough on Kingdom Hearts. Unless a FF6 remake suddenly appears on Steam before March 30th, of course.

Meanwhile I have yet to play all the games I bought and got for free last year. 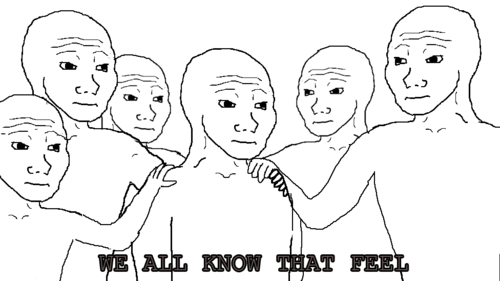 Unless a FF6 remake suddenly appears on Steam before March 30th, of course.

I thought you meant FF6 was in the making and the release date was in question. But it was false and sadness. It definitely wouldn’t come out before they finish the ff7 remake. Ahhhhhhh. I didn’t realize I wanted it.

You probably don’t, the game is perfect as it is and emulating it is easy and probably the best way to experience it. I can not imagine a possible future where a remake of FF6 is not a disappointment.

ahaha sorry, I just meant magically and out of no where. hehe

A remake of FF6 could be good. FF7R proved it can be done…with care. It isn’t the same as the original, true, but it still was a really good remake and I loved it. But that’s why I think it is important for people to start using remake vs remaster differently. A remake has always meant something like FF7R, whereas a remaster meant something like Spyro Re-Ignited. Now because of publishers and whatnot, remaster started meaning things like those gross mobile ports of Final Fantasy titles.

I’m perfectly okay if they remake FF6 and change stuff, so long as the core stuff remains–such as the espers, the steam-punk themed era, all of the characters are there, the big Terra reveal etc. The game has so much potential they couldn’t unleash before because of the console limitations, and it would be a big joy to see how they handled it.

Some good news would be we already had some actors lined up already, too, for Edgar, Terra, Celes and if I remember correctly, Locke. xD

Oh my, just realized I raved on about my most favorite game ever. My bad!